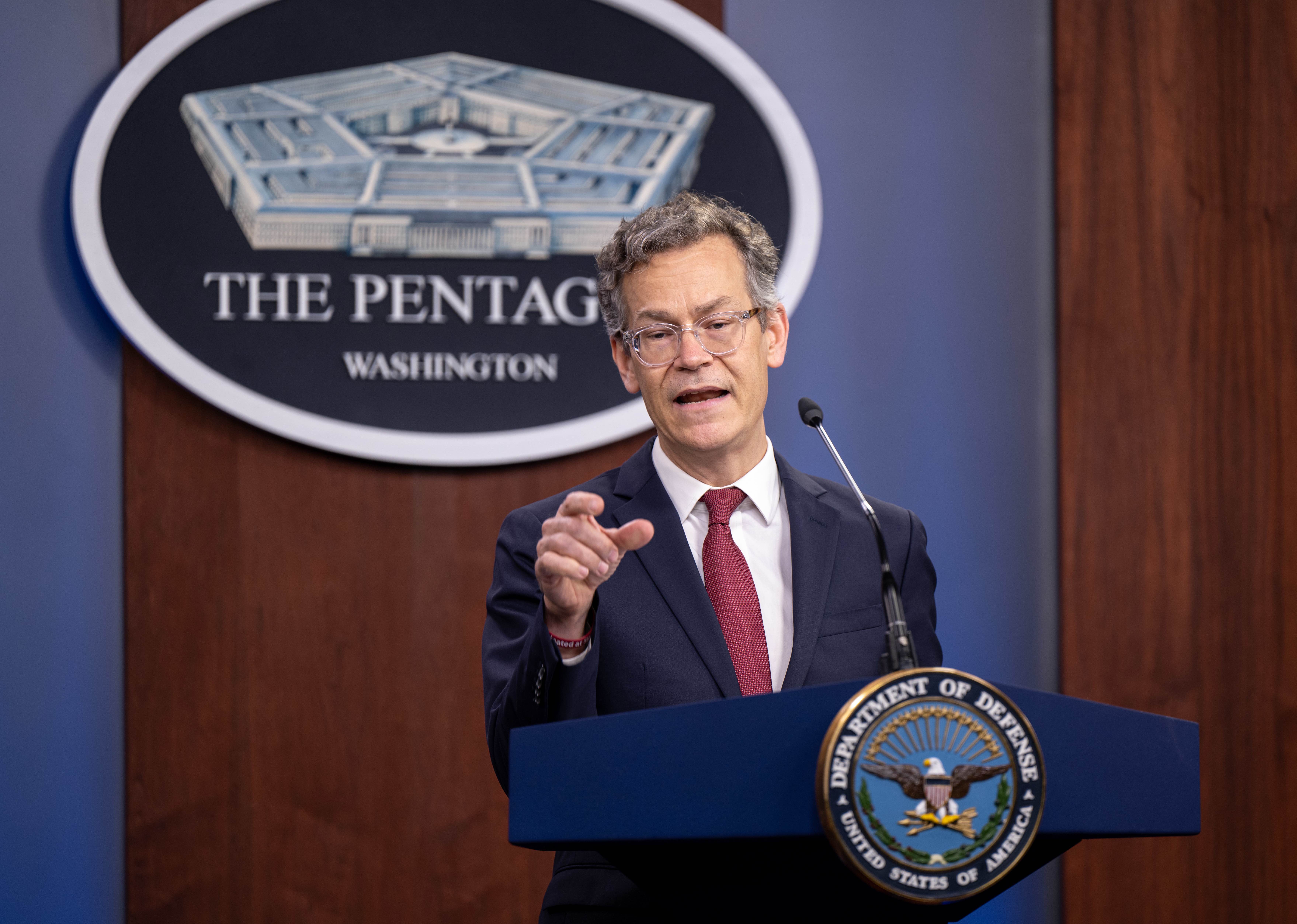 Under Secretary of Defense for Policy Dr. Colin H. Kahl holds a press briefing about the latest security assistance package in support of Ukraine at the Pentagon, Washington, D.C., Aug. 24, 2022. DoD Photo

The Pentagon’s top civilian for policy does not think China is likely to attack Taiwan in the next two years, although he expects Beijing to ratchet up pressure on Tapei as Xi Jinping continues to expand his military’s capabilities for a possible amphibious invasion.

The Chinese response to House Speak Nancy Pelosi’s August visit to the island served as a “test drive” for what an invasion or blockade might look like, Colin Kahl said. To express their anger over her visit, the Chinese began wide-ranging live fire exercises, deployed its two aircraft carriers, an amphibious assault ship and accompanying warships close to the island and repeatedly sent military aircraft across the Taiwan Strait, reported USNI News. They also test-fired a variety of missiles around the island.

Speaking at the Brookings Institution Friday, Kahl said China also ratcheted up pressure to “establish a sphere of influence” by flying military aircraft dangerously close to American aircraft and allies operating in international airspace to clear the way for any future military action near Taiwan and the Western Pacific.

The Peoples Liberation Army Air Force’s “come up and say hello” activity is provocative and could lead to a military incident, Kahl said.

Chinese aircraft this spring released chaff and flares at an Australian maritime surveillance P-8, then cut across its flight path and stayed there for a time, he said. Some of the debris entered at least one of the P-8’s engines.

“This is a challenge that will continue to grow in the future,” he said.

The U.S. also needs to “think differently about the capabilities of the Marines and the Army” when operating in the Pacific, Kahl said. He added both services are doing so and exercising in new ways together and with allies.

That investment includes thinking about current posture, now heavily concentrated toward Northeast Asia, and how best to work with allies like Australia and the United Kingdom through the agreement to share the technology Canberra needs to build and sustain nuclear attack submarines, as well as with the Quad, the informal security and economic development arrangement with Australia, Japan and India.

“We’ve had multi-carrier exercises [with the United Kingdom] off the coast of the Philippines” and have extended Republic of Korea and U.S. air exercises in the wake of more missile test-firings by Pyongyang, he said.

Kahl added these activities all fit in the Biden administration’s “admonishment to ourselves” on the value of integrated deterrence — the White House term for a whole of government response to China. There “has to be a daily effort to shape our adversary’s perception” of what the United States and its allies are capable of doing in a crisis. Some of that comes by what is revealed in exercises and announcements of tests, he added

Information operations against “gray zone activities” also has value, as the United States showed when it publicly warned of the Russian build-up to invade Ukraine by sharing intelligence publicly or most recently citing intelligence that Iran was planning to attack Saudi Arabia.

The idea behind these releases is both “shining a light” on what is happening behind an adversary’s closed doors and “throwing a lot of sand in the gears” causing an adversary to back off, Kahl said. In the case of Ukraine, it led to a unity of the NATO and European Union responses to the invasion by supplying Ukraine with arms and ammunition, intelligence and advanced systems and humanitarian aid. That unity extended to increasingly severe economic sanctions on Russian business, financial institutions and individuals.

In cyber, Kahl said the approach is different.

“Develop the tools and constantly be in contact with the adversary” so they know you are a presence,” he said.

“We have been [the Chinese] pacing challenge for years,” Kahl said drawing on language from the recently released National Defense Strategy. “The gap has closed,” but “no one should doubt the United States” retains the most capable military force.

The “PRC [People’s Republic of China] challenge is more global” in the long-term than that posed by Russia, although both are nuclear powers, Kahl said. The “acute” challenge, the strategy’s term for Moscow, is both “immediate and sharp” but more regional – in nations that made up the former Soviet Union and along NATO’s eastern border.

In the case of “opportunistic aggression” by one either Russia or China, if the United States is already engaged in a major theater conflict with the other, Kahl said, “we believe we can walk and chew gum at the same time.”

He added Washington’s global network of allies and partners “are a hedge against a two-war scenario.”