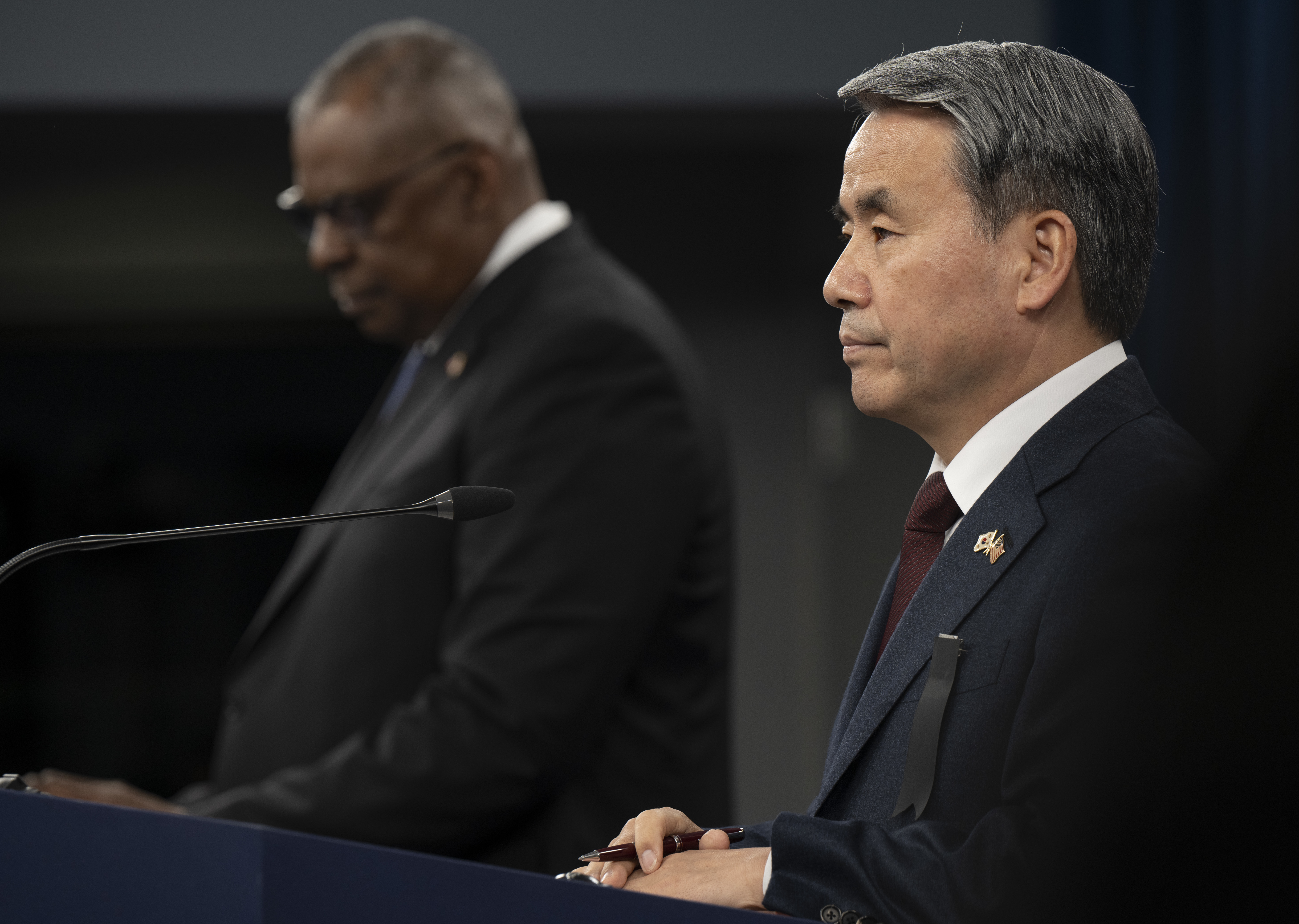 The United States and the Republic of Korea will extend a joint Air Force exercise in response to missile launches from North Korea, Secretary of Defense Lloyd Austin announced Thursday.

North Korea fired three short-range ballistic missiles shortly before Austin and Lee met, CNN reported. The missile launches come during a period of mourning for South Korea, which is recovering from a crowd rush in Seoul at a Halloween event that killed at least 151.

“Now, it’s highly unfortunate that the DPRK has chosen to interrupt this solemn period with the illegal and destabilizing launch of an intercontinental ballistic missile last night as well as additional missile launches today,” Austin said during the press conference.

The two countries discussed responses to any nuclear attack by North Korea, Lee said, speaking through a translator.

“Secretary Austin and I affirm that any nuclear attack by the DPRK including the use of tactical nuclear weapons is unacceptable and result in the end of Kim Jong Un regime by the overwhelming and decisive response of the Alliance. This is a strong warning against the DPRK,” Lee said.

Both Austin and Lee committed to strengthening the alliance between the two countries, with Austin pointing to the USS Ronald Reagan’s (CVN-76) port call to South Korea, the first in four years, as well as sending fifth-generation fighters to the country.

As of early Thursday, the Ronald Reagan Carrier Strike Group was operating off the coast of Japan near Yokosuka

The Vigilant Storm exercise, as well as the other U.S. equipment being sent or making stops in Korea, is to demonstrate the United States’ ability to protect North Korea, Austin said.

“I think there’s an increased focus on readiness,” Austin said. “Our ability to redeploy or deploy strategic assets to the peninsula as you’ve seen us do here with fifth-generation fighters recently. You’ve also seen us move a carrier into port there recently and I think that sends a pretty strong signal as well.”

The activities between the two countries send a message about their interoperability, Austin said, adding that he does believe they have been effective in deterring North Korea.

Sending Ronald Reagan for a port call was “a serious demonstration of commitment and combat capability,” he said.

The U.S. commitment to defending the Republic of Korea is “ironclad,” Austin said.

“We strongly condemn the DPRK’s irresponsible and reckless activities,” Austin said. “As we’ve said before, these kinds of activities are destabilizing to the region, potentially. So we call on them to cease that type of activity and to begin to engage in serious dialogue.”