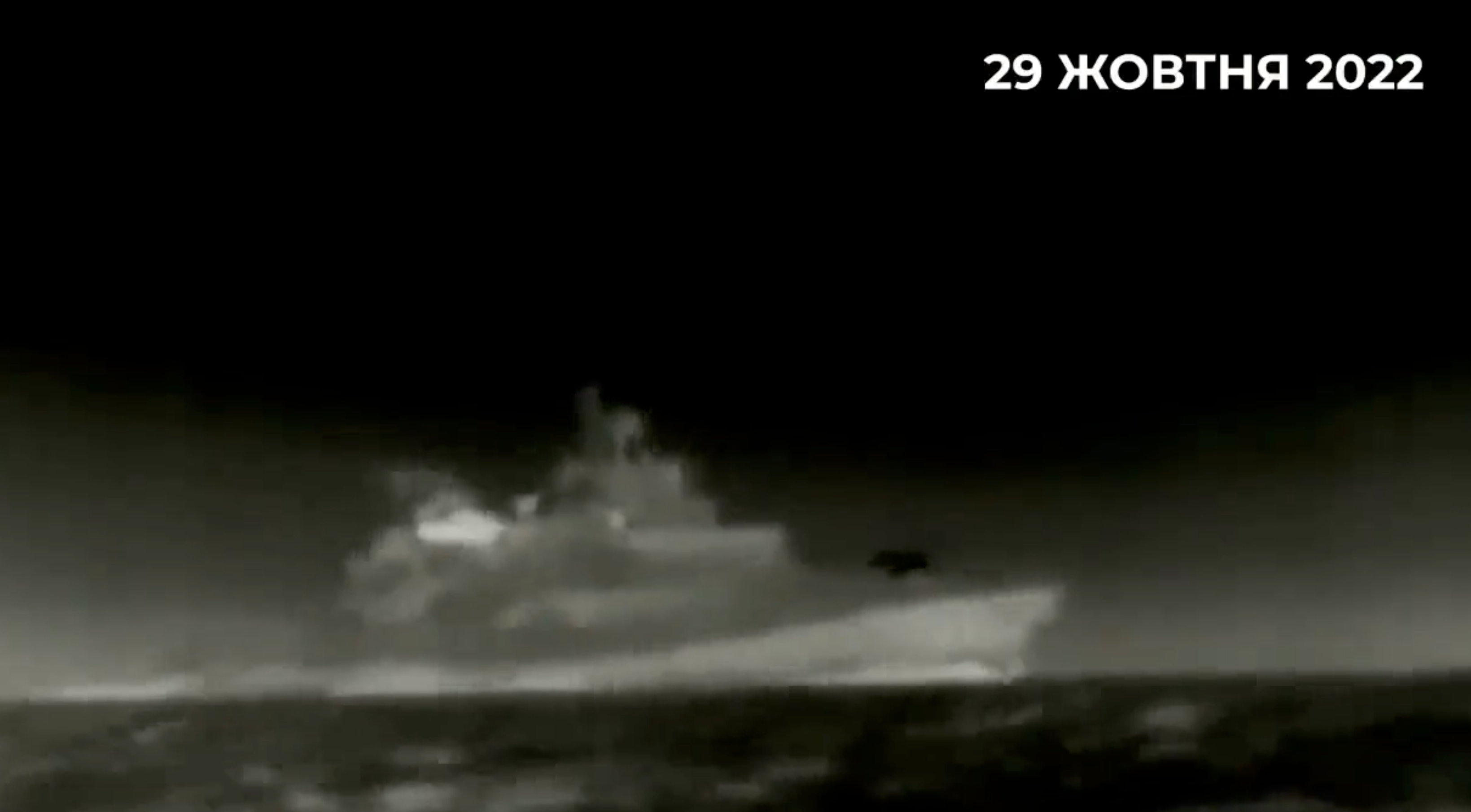 Screenshot from a video showing a Russian ship from a camera board a suspected surface attack drone.

Russia claimed that the attack minorly damaged mine countermeasures ship Ivan Golubets and its harbor protection system, while Ukraine alleged it sank ships, according to the Financial Times. Videos surfaced on Russian social media of frigate Admiral Makarov being targeted by drones, but what damage the ship sustained is unknown.

One of the reasons for the suspension was Moscow’s fears that the attack on Sevastopol was staged from grain ships, said Sal Mercogliano, associate professor of history at Campbell University.

Russia now claims the drone attack came from Ukrainian port city Ochakiv, which lies between Mykolayiv and Odesa, according to the Financial Times.

In addition to allowing Ukraine grain to leave their ports, Russia should be able to start delivering its grain to African countries, state-run media TASS reported Wednesday. Releasing Russian grain and fertilizer was the second part of the agreement brokered by the U.N. and Turkey that enabled Ukrainian grain to leave three ports.

The deal is set to expire on Nov. 19, Reuters reported.

It is probable that the deal could be extended, Mercogliano said. The deal benefits Russia because of the ability to get its agricultural product and fertilizer out, he said.

Ukraine also benefits but at a smaller scale because it can send out a portion of the grain it would have shipped had Russia not invaded, Mercogliano said.