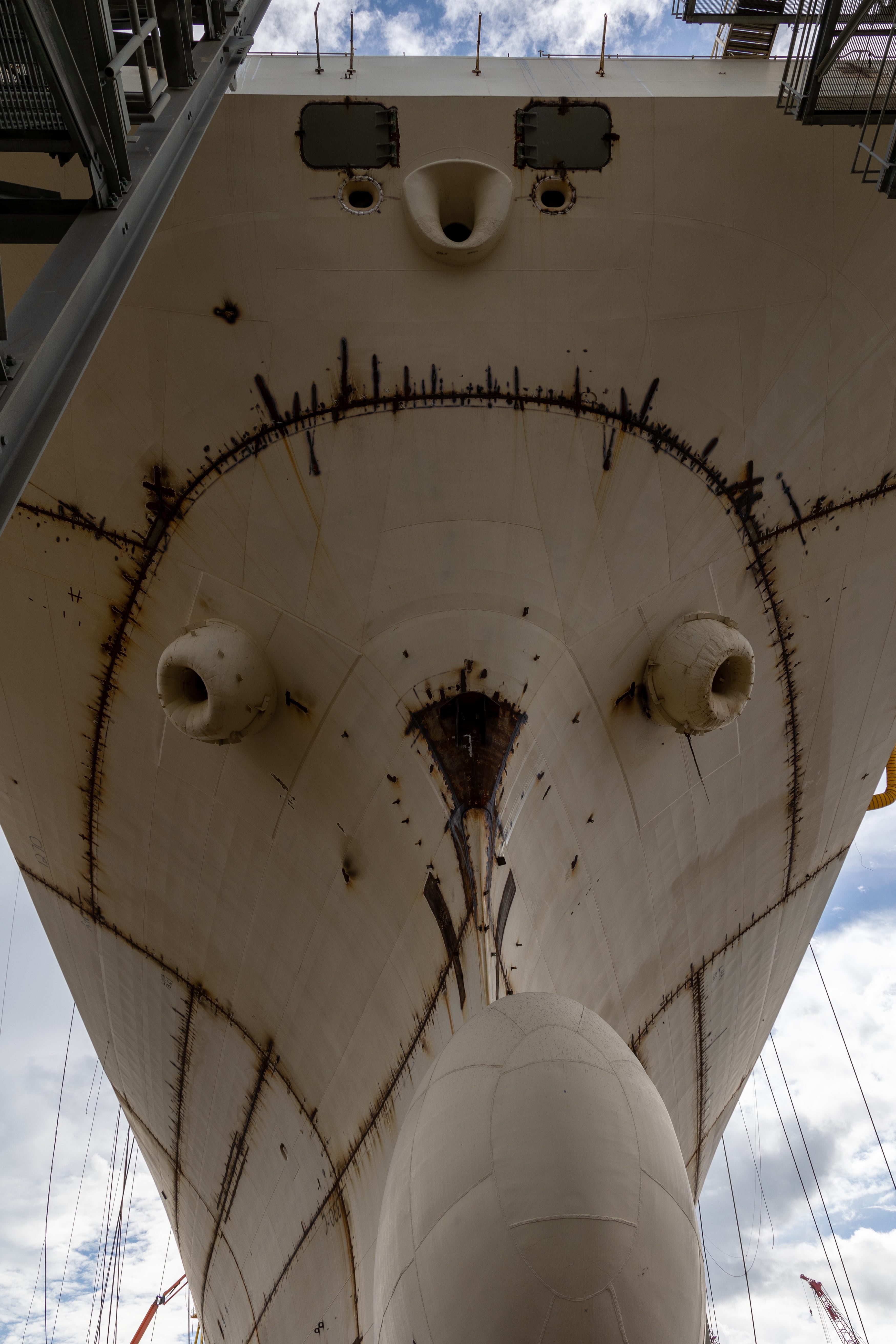 The hull of the future USS Bougainville (LHA-8) at Ingalls Shipbuilding on Aug. 4, 2022. USNI News Photo

The Navy on Thursday issued HII’s Ingalls Shipbuilding a $2.4 billion contract modification to build the fourth ship in the America-class of amphibious assault ships, according to the Pentagon’s contract announcements.
The detail, design and construction contract for LHA-9 follows a long-lead material contract issued in April of 2020, HII said in a company news release.

“Ingalls shipbuilders are ready to build the Navy’s newest LHA,” Kari Wilkinson, the president of Ingalls Shipbuilding, said in the news release.”
We understand how important this work is, and consider it an honor to be given the opportunity to deliver this capability to the fleet. We value our partnership with the Navy and all of our critical supplier partners.”

The contract is worth up to $3.2 billion with potential options, the contract announcement reads. Ingalls will start building the ship this December, according to the news release.

Ingalls has put nearly $1 billion into modernizing the yard over the last five years, USNI News reported in August following a trip to Pascagoula.

The future USS Bougainville (LHA-8), designed to accommodate the F-35B Lightning II Joint Strike Fighter, was about halfway built during USNI News’ trip to the yard. The Navy and Marine Corps this summer tested out the “lightning carrier” or “assault carrier” concept on USS Tripoli (LHA-7) with F-35Bs operating aboard the amphib for several months.

Tripoli and USS America (LHA-6), the lead ship in the class, do not have well decks. The Navy is reintroducing the well deck on Bougainville and the LHAs that follow.