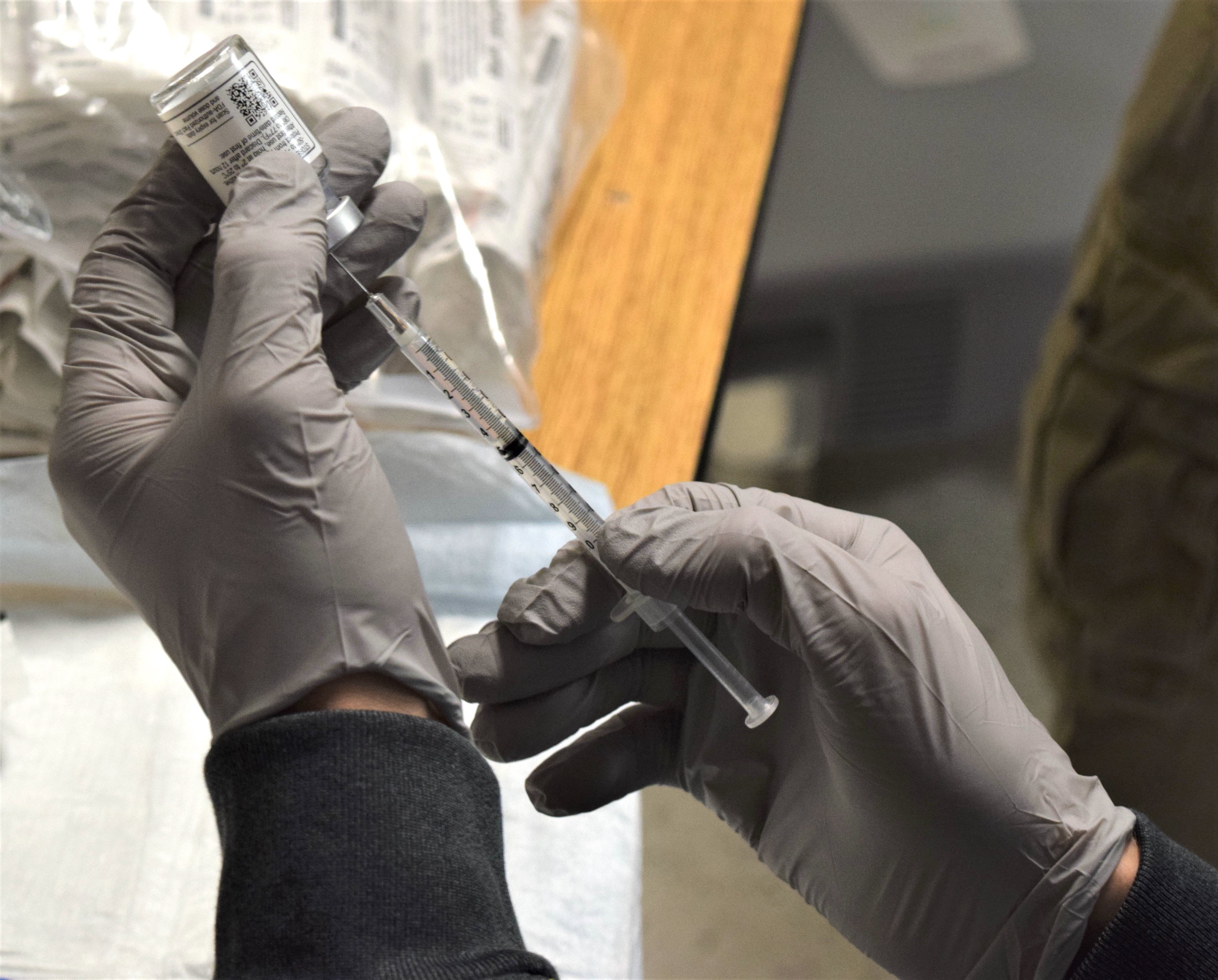 A Navy Corpsman prepares a vaccine booster. US Navy Photo

The Navy separated 180 active-duty sailors in the past month for refusing to get vaccinated against COVID-19, according to the sea service’s monthly update.

The Navy has separated a total of 1,544 active-duty sailors and 327 reservists for refusing to get the mandatory two-shot vaccine for COVID-19. Another 22 sailors were also released in their first 180 days of service, bringing the Navy’s total of separated sailors to 1,893.

The Navy has received 3,318 religious waiver requests from active-duty sailors and 859 from reservists. Under a court ruling, the Navy cannot separate anyone who has submitted a religious exemption request.

The case, which involves approximately 35 special warfare community members, is currently in the Fifth Circuit Court of Appeals. Oral testimony in the case is currently scheduled for the week of Feb. 6, 2023.

The Navy has approved 50 religious exemption active-duty sailor requests, which did not increase in the past month. These are likely exemptions for service members who are leaving or retiring from the Navy, USNI News previously reported.

There are also 14 religious exemption requests approved for members of the Individual Ready Reserve and one for the Selected Reserve on the condition that they get fully vaccinated if called to active or reserve status.