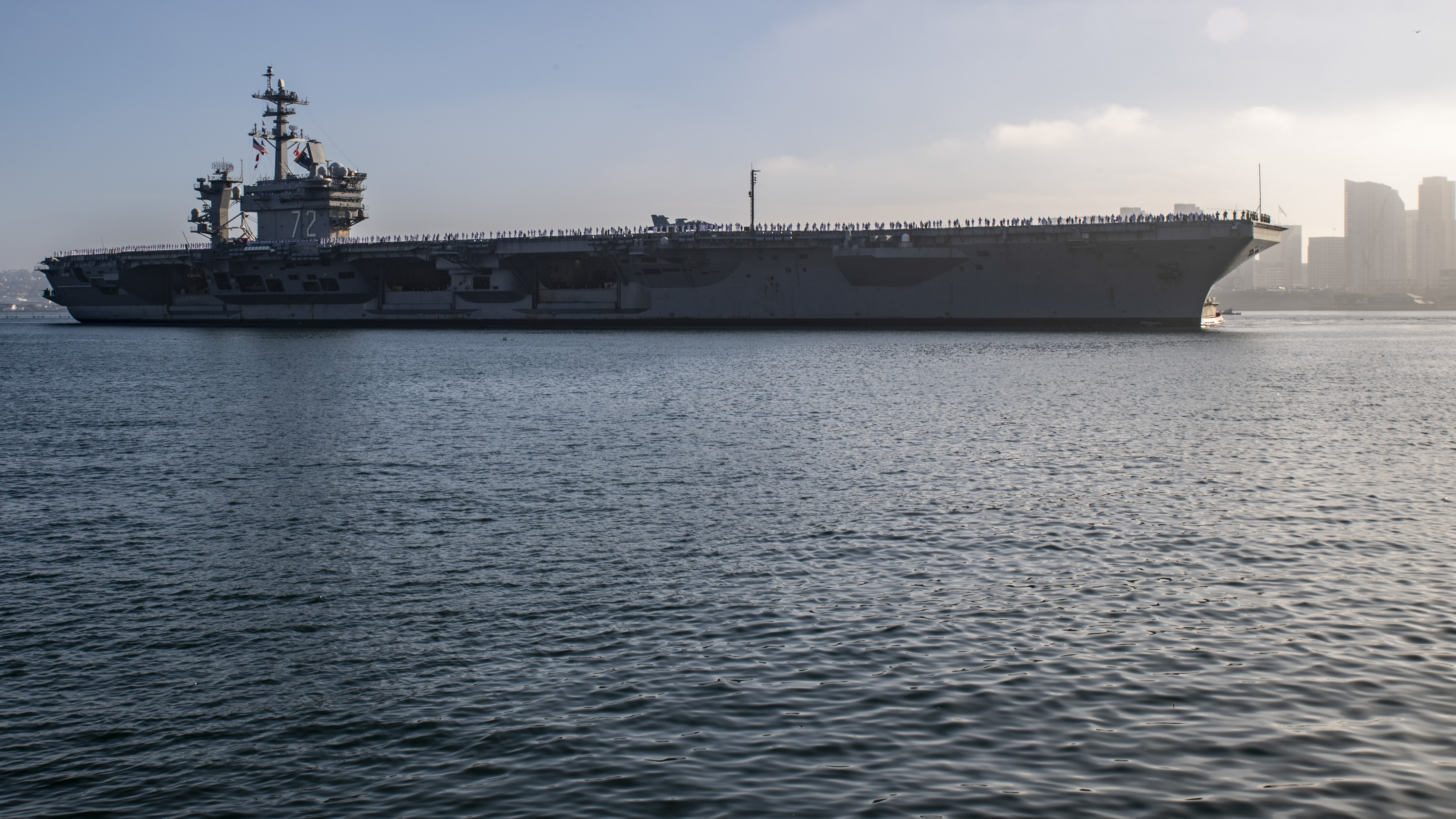 Tests found that aircraft carrier USS Abraham Lincoln (CVN-72) had E. coli bacteria in its potable water system last month, the Navy announced today.
After sailors noted an “odor and cloudy appearance” on Sept. 21 while the carrier was operating at sea, tests the next day found E. coli in the three of the ship’s tanks for the potable water supply, according to a service statement.

“The odor and cloudiness in the water abated by Sept. 22. However, since the presence of E. coli was not related to the reports of odor and cloudiness in the water, on Sept. 24, additional water samples were sent to Orange Coast Analytical, Inc., a laboratory certified by the state of California’s Department of Health, for further testing. Results came back on Sept. 26 indicating that the water was within drinking water standards for pH, turbidity, aluminum, copper, lead, sodium, and hardness,” the statement reads.

The Navy said that subsequent tests show the water tanks no longer contain E. coli and that there have been no cases of sickness due to the contaminated water.

“The affected water tanks remain isolated and will be deep-cleaned and inspected during the ship’s ongoing maintenance period,” the statement reads. “There have been no confirmed cases of illness related to the ship’s water, but the Abraham Lincoln medical department continues to closely monitor their sailors for any potential symptoms.”

After discovering the E. coli, the ship pulled into Naval Air Station North Island on Oct. 3 and has been getting its water from San Diego’s supply.

The incident comes after USS Nimitz (CVN-68) spent nearly two weeks flushing jet fuel out of its potable water system last month. Nimitz also had to hook up to San Diego water. As of Oct. 2, the Navy said 11 Nimitz sailors “reported symptoms that could be attributed to JP-5 ingestion.”

Earlier this month, the Navy acknowledged that Abraham Lincoln had bacteria in its potable water, but did not specify the bacteria was E. coli.

“USS Abraham Lincoln (CVN 72) found traces of bacteria in the ship’s potable water while operating off the coast of southern California on September 21. The crew shifted water tanks to isolate the affected water,” U.S. 3rd Fleet spokesman Cmdr. Sean Robertsons told USNI News in an Oct. 3 statement. “All tanks providing water to the crew have been tested and are bacteria free. The crew has safe water to drink. There have been no confirmed cases of illness related to the ship’s water. The health and wellbeing of our sailors is a top priority.”