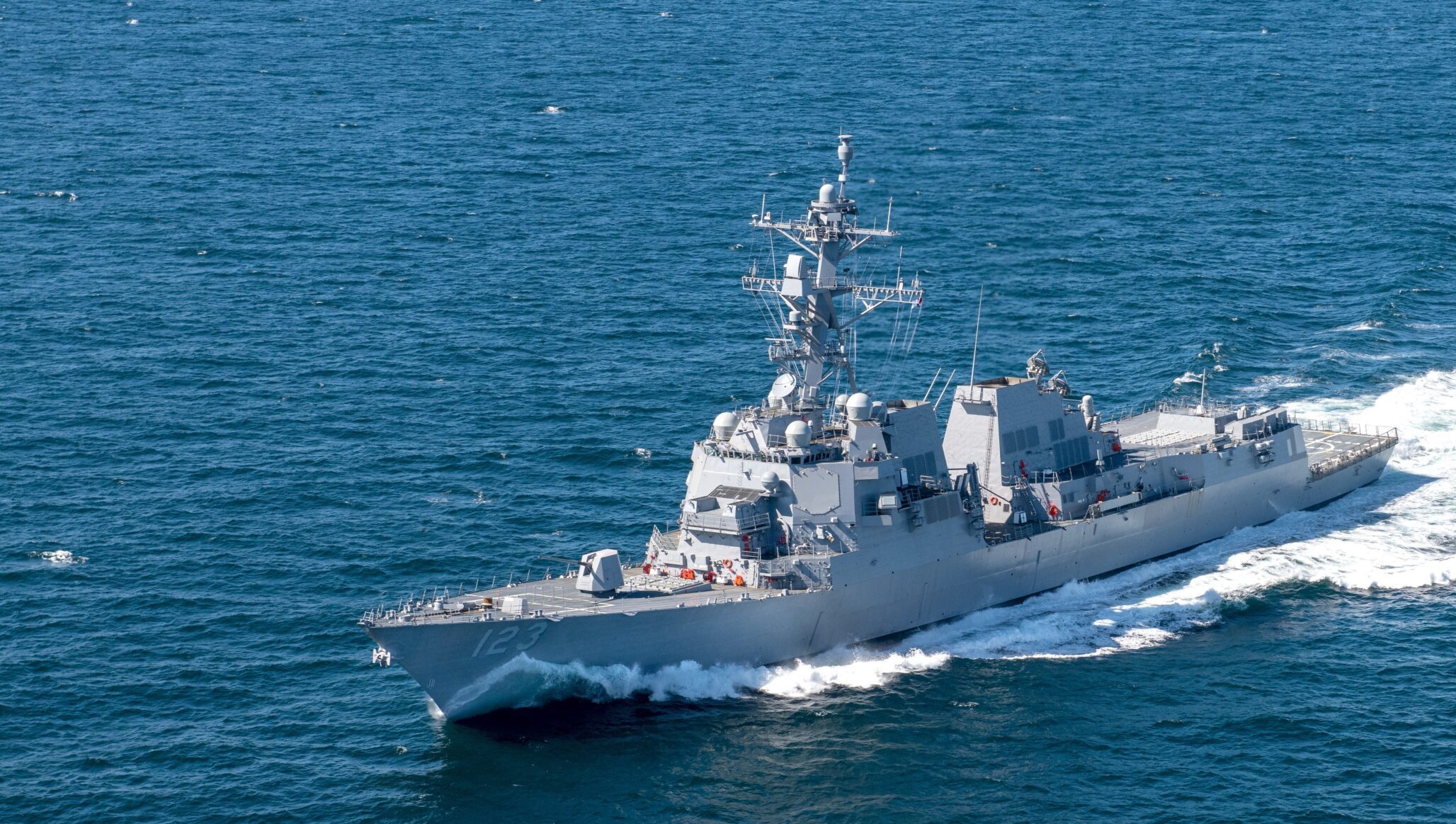 The last Flight IIA Arleigh Burke-class guided-missile destroyer to be built at Ingalls Shipbuilding completed its acceptance trials in the Gulf of Mexico, the Navy announced.

The trials are one of the last steps before Lenah Sutcliffe Higbee (DDG-123) delivers from the Pascagoula, Miss., shipyard to the Navy.

“During trials, the Navy’s Board of Inspection and Survey inspected the ship performing a series of demonstrations while pier side and underway to validate performance,” Naval Sea Systems Command said in a statement late last week.
“The ship’s onboard systems, including navigation, damage control, mechanical and electrical systems, combat systems, communications, and propulsion applications, met or exceeded Navy specifications.”

Higbee will be the last Ingalls Flight IIA destroyer to be built around the Lockheed Martin AN/SPY-1D air search radar — a staple of the class since USS Arleigh Burke (DDG-51) — with Aegis Combat Systems Baseline 9C2 installed, according to NAVSEA.

“Completing a successful sea trial is always a significant accomplishment for our combined Ingalls and Navy team, and DDG-123 performed well, Ingalls president Kari Wilkinson said in a statement.
“We are committed to this partnership and look forward to our next opportunity to demonstrate it during our next trial events for our first Flight III destroyer.”

The subsequent Flight III destroyers will field the Raytheon AN/SPY-6 active electronically scanned array air search radar which required a redesign of the hull to accommodate the extra space, power weight and cooling for the more powerful and energy intensive.

The first Flight III — Jack H. Lucas (DDG-125) — is also under construction at Ingalls and shared a pier with Higbee when USNI News visited the yard in August. Higbee is billed as a Flight IIA technology insertion ship that will incorporate some of the Flight III changes ahead of the first destroyers joining the fleet. Higbee was procured as part of a 2013 multi-ship award between Ingalls and General Dynamics Bath Iron Works, Maine. The keel was laid in 2017 and the ship launched in 2020.

Destroyer Higbee is the second to be named for Lenah Sutcliffe Higbee who was the second superintendent of the Navy Nurse Corps during World War I and the influenza pandemic, according to a 2017 piece in Naval History Magazine.

She received the Navy Cross in 1920 for, “distinguished service in the line of her profession and unusual and conspicuous devotion to duty as superintendent of the Navy Nurse Corps,” according to her citation.