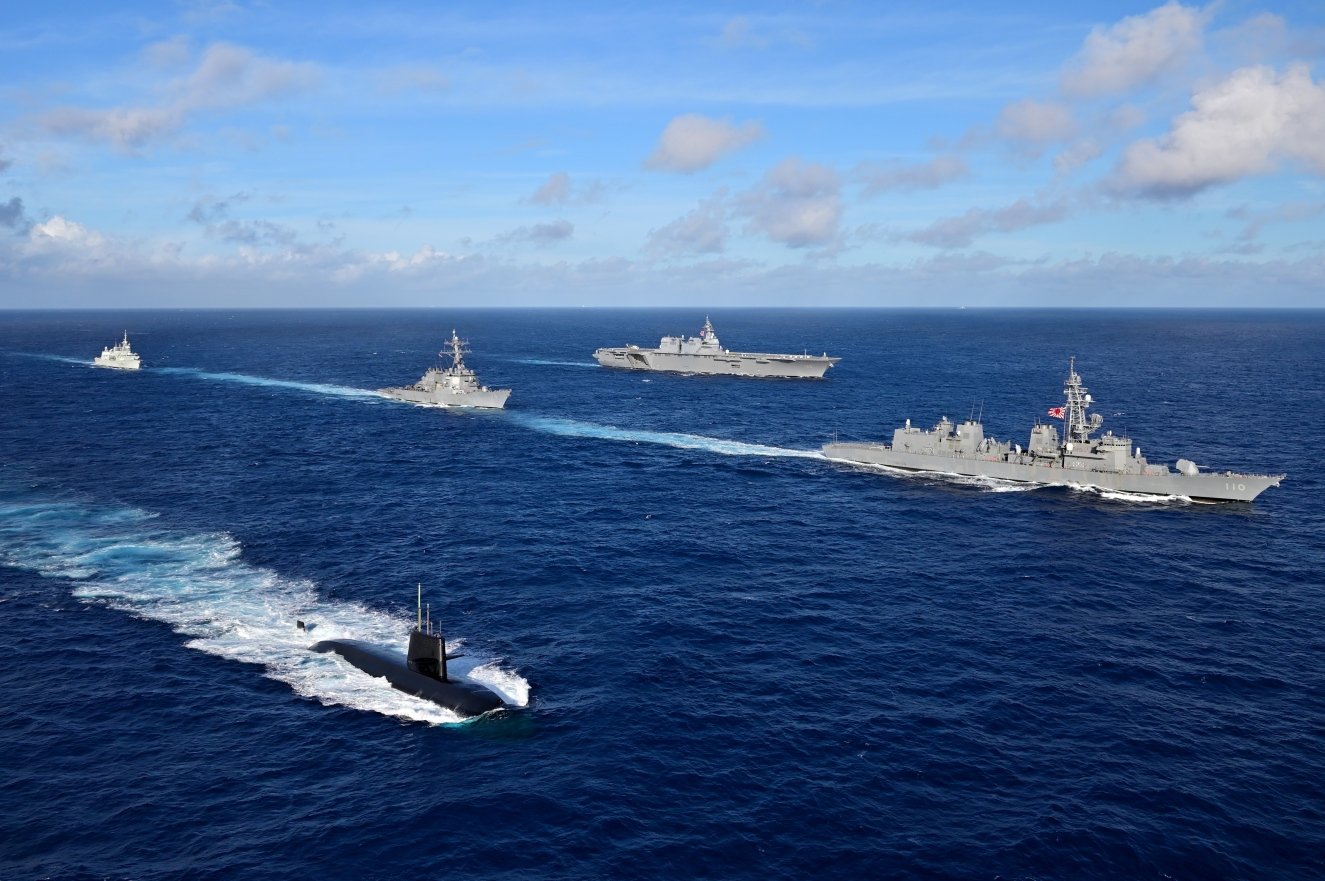 The second surface unit, which includes destroyer JS Kirisame (DD-104) is currently at sea and not expected to return until later this month.

Izumo and Takanami left Japan on June 13 and have been deployed for almost four months, which included participation in the Rim of the Pacific (RIMPAC) 2022 exercise held in Hawaii from June 29 through Aug. 4. The Japanese ships conducted bilateral and goodwill exercises with the navies of 25 countries in the Indo-Pacific region during the deployment, according to a Thursday JMSDF release.

“Through the activities of our forces, Japan demonstrated that it will not tolerate attempts to change the status quo by force, its strong ties with like-minded countries, and its contributions to the realization of a ‘Free and Open Indo-Pacific,’ and the creation of a desirable security environment for Japan,” JMSDF Fleet Commander Vice Adm. Hideki Yuasa said in the release.

Prior to returning to Japan, the first surface unit, together with a JMSDF Oyashio-class submarine that was part of the overall IPD22 deployment, conducted multilateral exercise Noble Raven 22-2 with the U.S. Navy and the Royal Canadian Navy in the South China Sea from Sept. 23 until Oct 1.

An earlier Noble Raven exercise took place from Aug. 30 through Sept. 7 in the waters of Guam to the South China Sea, USNI News previously reported.

U.S. Navy destroyer USS Higgins (DDG-76) and replenishment ship USNS Big Horn (T-AO-198) participated in Noble Raven 22-2, while Canada was represented by frigate HMCS Winnipeg (FFH338). Along with tactical training, the exercise also included the first activity under the Japan-Canada Acquisition and Cross-Servicing Agreement (ACSA), signed in 2018, where Izumo refuelled Winnipeg, according to a social media post by the JMSDF Escort Flotilla 4, of which Izumo is a part.

“In this multilateral exercise, we improved our tactical capabilities and strengthened cooperation between the JMSDF, the U.S. Navy and the Royal Canadian Navy by conducting more practical multilateral exercises,” Rear Adm. Toshiyuki Hirata, commander of Escort Flotilla 4 and also the first surface unit, said in a Monday JMSDF release.

“Through this dispatch, we were able to embody Japan’s strong will not to allow unilateral attempts to change the status quo by force, and demonstrate Japan’s strong determination to ensure the safety of maritime traffic in the region and thereby contribute to the prosperity of the international community,” Hirata said.

The JMSDF also announced in a Monday release that it will conduct the 2nd Dispatch Training (submarine) for its fiscal year 2022 with the deployment of submarine JS Toryu (SS-512) from Oct. 9 to Dec. 26, during which Japan will conduct training around Japan and Hawaii and in the waters around Joint Base Pearl Harbour-Hickam. It is the 84th time that the submarine dispatch training has been conducted since 1963. 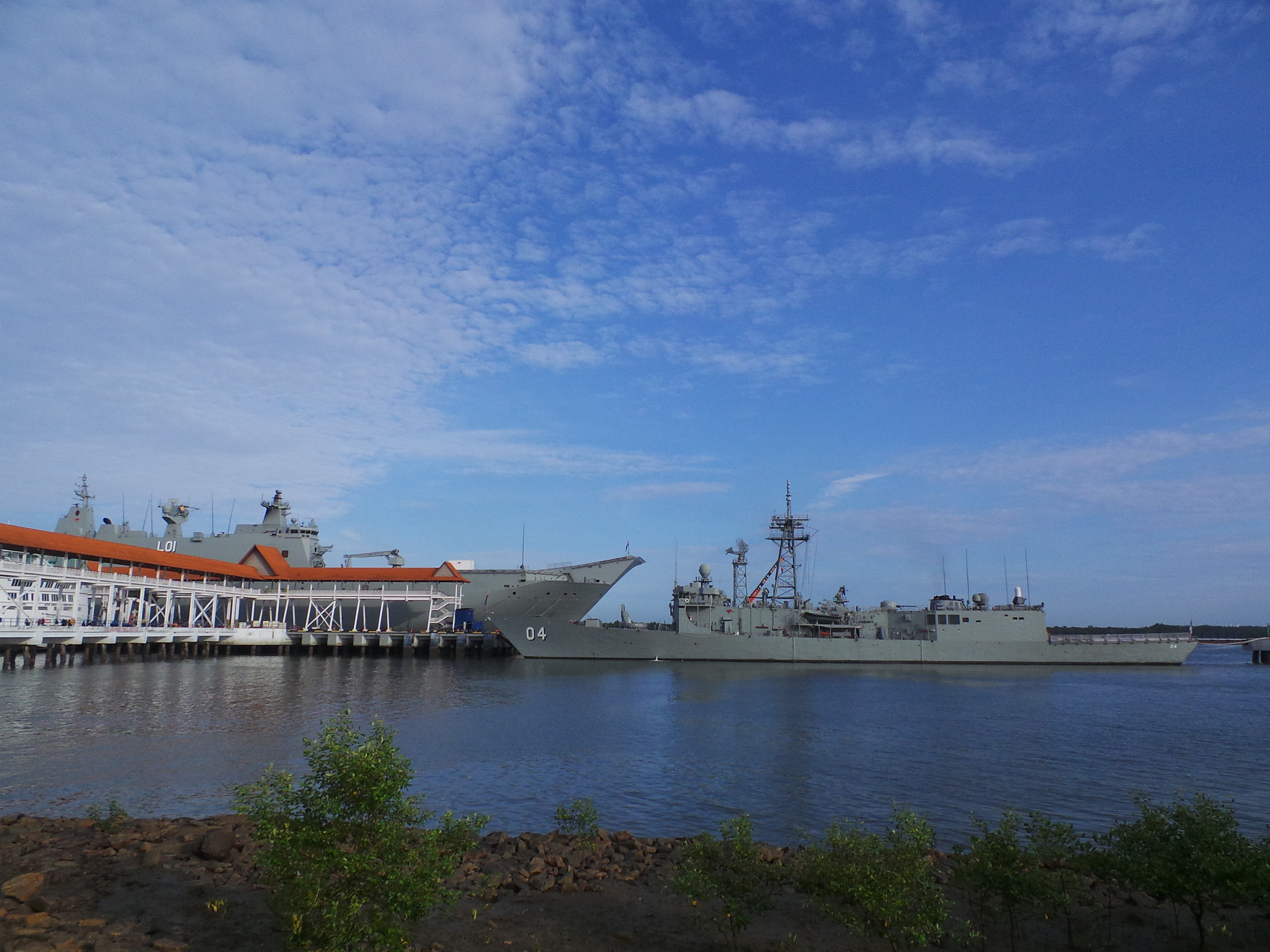 The two-month regional engagement activity involves five ships, 11 helicopters and around 1,800 personnel from all three services of the Australian Defence Force (ADF) along with are representatives from across the Australian government, including the Australian Federal Police, Australian Border Force, Australian defence industry and Department of Foreign Affairs and Trade, according to a Sept. 29 release.

The exercises focus on strengthening military partnerships across southeast Asia and the northeast Indian Ocean, according to the release. Australia is committed to a open and resilient Indo-Pacific region, according to the statement.

The five RAN ships will not be operating together as a single surface action group but will split into a main task force comprising of an LHD and an escort, in this case Adelaide and Anzac, while the remaining ships will both conduct independent IPE taskings. They may also operate together with the main task force at certain periods or conduct non-IPE taskings as part of the RAN’s routine regional presence deployment.

Hobart, Stalwart and Arunta will participate in maritime exercises with regional partners and conduct port visits, according ton Australian Department of Defence release on Wednesday.

These routine deployments demonstrated Australia’s commitment and engagement with our partners in the region, Commander of the Australian Fleet Rear Adm. Jonathan Earley said in the release.

“Australia has maintained a robust program of international engagement with countries in and around the Indo-Pacific for decades,” Earley said in the release.

IPE has been an annual deployment since 2017, with Earley, then a captain, commanding the first deployment.

IPE was cancelled in 2020 and conducted through contactless activities in 2021 due to the COVID-19 pandemic with IPE22 marking the first full-scale IPE since 2019.

IPE22 activities have been carried out already in Mauritius and Timor-Leste, with staff talks between ADF and Australian Federal Police officers with government officials in the Maldives.

From Sept. 29-30, Stalwart, together with personnel flown by an RAAF C-130, conducted engagement activities in Timor Leste.

On Tuesday, Australia’s Department of Defence announced that it is deploying an RAAF P-8A Poseidon Maritime Patrol Aircraft (MPA) to the Mediterranean as part of a NATO operation.

Operation Sea Guardian 22 is an ongoing non-Article 5 NATO maritime security operation aimed at maintaining maritime situational awareness, deterring terrorism and enhancing capacity building in the Mediterranean region. The P-8A will be based in Italy and will operate in the Western and Central Mediterranean until mid-October 2022.