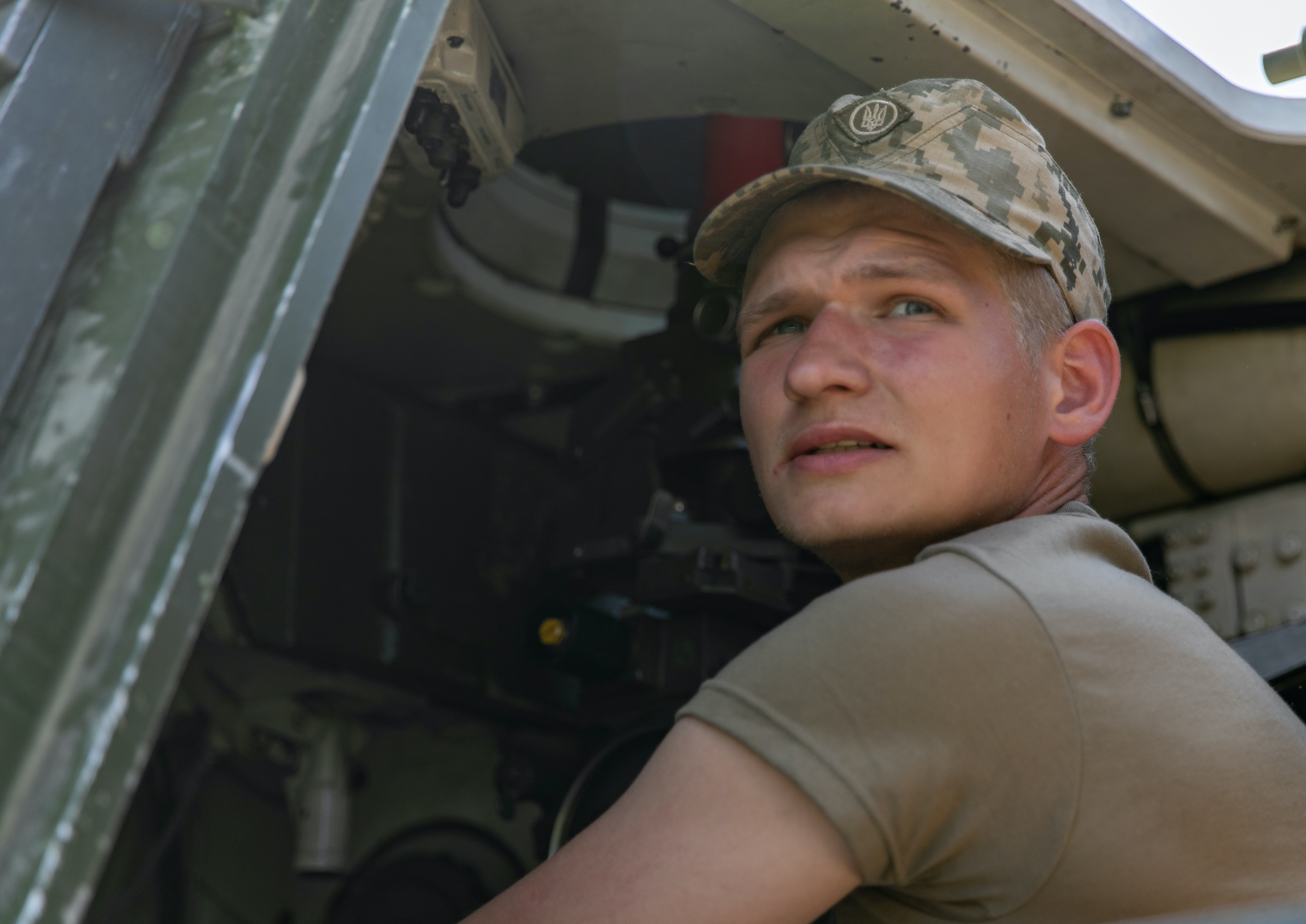 A Ukrainian artilleryman trains on an M109 self-propelled howitzer at Grafenwoehr Training Area, Germany, May 11, 2022. Soldiers from the U.S. and Norway trained Armed Forces of Ukraine artillerymen on the howitzers as part of security assistance packages from their respective countries. (U.S. Army Photo)

“The only reasonable reason for this mobilization [of 300,000 Russian reservists] is the will to prevail on the ground,” he said.

Noting that neighboring Poland has provided Ukraine with more tanks and armored personnel carriers than France and Germany combined, he added that the Ukrainians “proved victorious” in thwarting the Kremlin’s attack on Kyiv and other large cities using its best trained and equipped soldiers.

But the war is also taking a toll on Ukrainian forces in terms of casualties and loss of equipment. Russia still controls about 20 percent of Ukraine’s territory.

“Poland was the first to help Ukraine” in the early hours of the invasion with arms and financial aid. Rau said at one time, the Poles were supporting 3 million refugees – primarily women and children – inside its borders with food, health care, education and other social services. From the start, Warsaw also opened its bases and facilities as the logistical hub to support the Ukrainians.

“In our part of the world, freedom means freedom from Russia,” he said.

Rau added that former President Ronald Reagan’s description of Poland in the 1980s with the Solidarity Trade Union standing up to the Communist regime in Warsaw now applies to Ukraine. Reagan said the Poles were “magnificently unreconciled with aggression.”

The foreign minister warned democracies against compromising with authoritarian regimes with expansionist ambitions because “imperialism will not be stopped” by treaties that are not honored.

While President Vladimir Putin may have shored up support among hardliners in Russia for the invasion, his decision to call men in their 30s and early 40s to active duty, “each and every Russian family would be forced to discuss the reasons for the war.”

Rau added that it can also have a direct impact on Russian families’ standard of living when the prime earner is out of the picture.

Answering a question at the Center for Strategic and International Studies event, Rau said there is no comparison to the relatively few Americans who went to Canada to avoid getting drafted for the Vietnam War and what is happening on Russia’s borders now as thousands of men between 18 and 35 are leaving to avoid the call-up. So far Russia has not closed its borders.

On Putin’s threat to use tactical nuclear weapons, Rau said, “it’s necessary to take him seriously.” In contrast to the American use of nuclear weapons against Japan to end World War II more quickly, Russia’s threat “would be completely different.” They would “be used by the side losing the war.”

The NATO response, he said, would be conventional and centered on Ukraine.

As the conflict continues into the fall, “I don’t see any signs that [war fatigue among nations that back Ukraine] is a likely development.” He added, “we have a good chance to stay that way” into a winter in which energy supplies are questionable.

For the last 10 years, Poland has worked to achieve energy independence from Russia, the largest supplier of natural gas to western Europe. During talks about energy in Washington with his counterpart, Secretary of State Antony Blinken, Rau said, “nuclear energy is the best solution” now to meet the nation’s demands. Poland has also talked with France about developing nuclear power as an energy source.