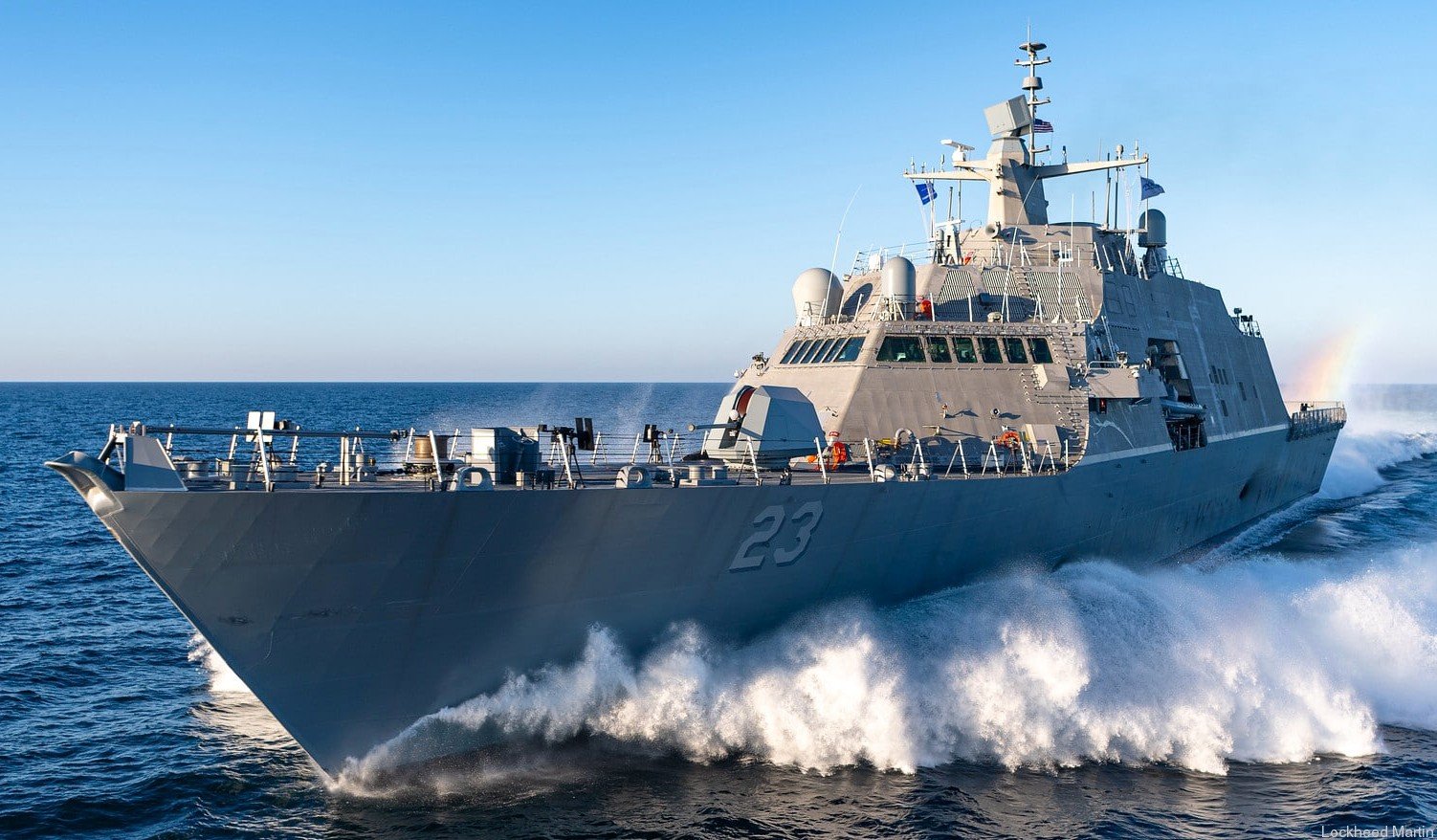 Coopertown is the 12th Freedom-class variant that Lockheed Martin turned over to the Navy and the second delivered with a fix to the complex gearing mechanism that links the ship’s gas turbines to its diesel engines.

USS Minneapolis-Saint Paul (LCS-21) was the first ship to receive the fix for the issue in the RENK AG-built combining gear. The fault came to light after combining gear causalities aboard USS Detroit (LCS-7) and USS Little Rock (LCS-9). The Navy and Lockheed Martin are also working on fixes for USS St. Louis (LCS-19) and the future USS Marinette (LCS-25), NAVSEA told USNI News last month.

Lockheed Martin and the Navy are currently working on fixes for other Littoral Combat Ships with the combining gear issue. That includes USS Sioux City (LCS-11), which is currently forward-deployed and slated for decommissioning in Fiscal Year 2023.

In addition to Sioux City, the Navy is aiming to decommission several of the LCSs despite their limited time in service. 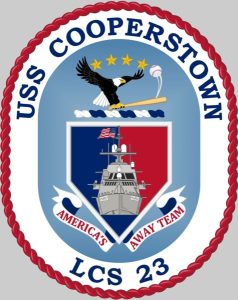 USS Freedom (LCS-1) commissioned in 2008 and decommissioned in 2021, USNI News previously reported. The Navy is also looking to decommission USS Fort Worth (LCS-3), USS Milwaukee (LCS-5), USS Detroit (LCS-7), USS Little Rock (LCS-9), Sioux City, USS Wichita (LCS-13), USS Billings (LCS-15) and USS St. Louis (LCS-19) in FY 2023. But the House Armed Services Committee has a provision in its version of the 2023 National Defense Authorization Act to prevent four of the ships from being decommissioned, while the Senate Armed Services Committee’s bill would save five.

Despite the push to decommission the Littoral Combat Ships, the Navy is still expected to accept four more ships. Lockheed Martin is slated to deliver the future USS Marinette (LCS-25) in early 2023, while the company continues work on USS Nantucket (LCS-27), USS Beloit (LCS-29) and USS Cleveland (LCS-31), the last ship in the Freedom class.

The next step for Cooperstown is its commissioning ceremony in New York City followed by a move to its new homeport in Mayport, Fla.

Cooperstown is the first ship named for the New York village. It’s home to the National Baseball Hall of Fame. The ship’s motto – America’s Away Team – plays on its namesake, according to a Navy news release.