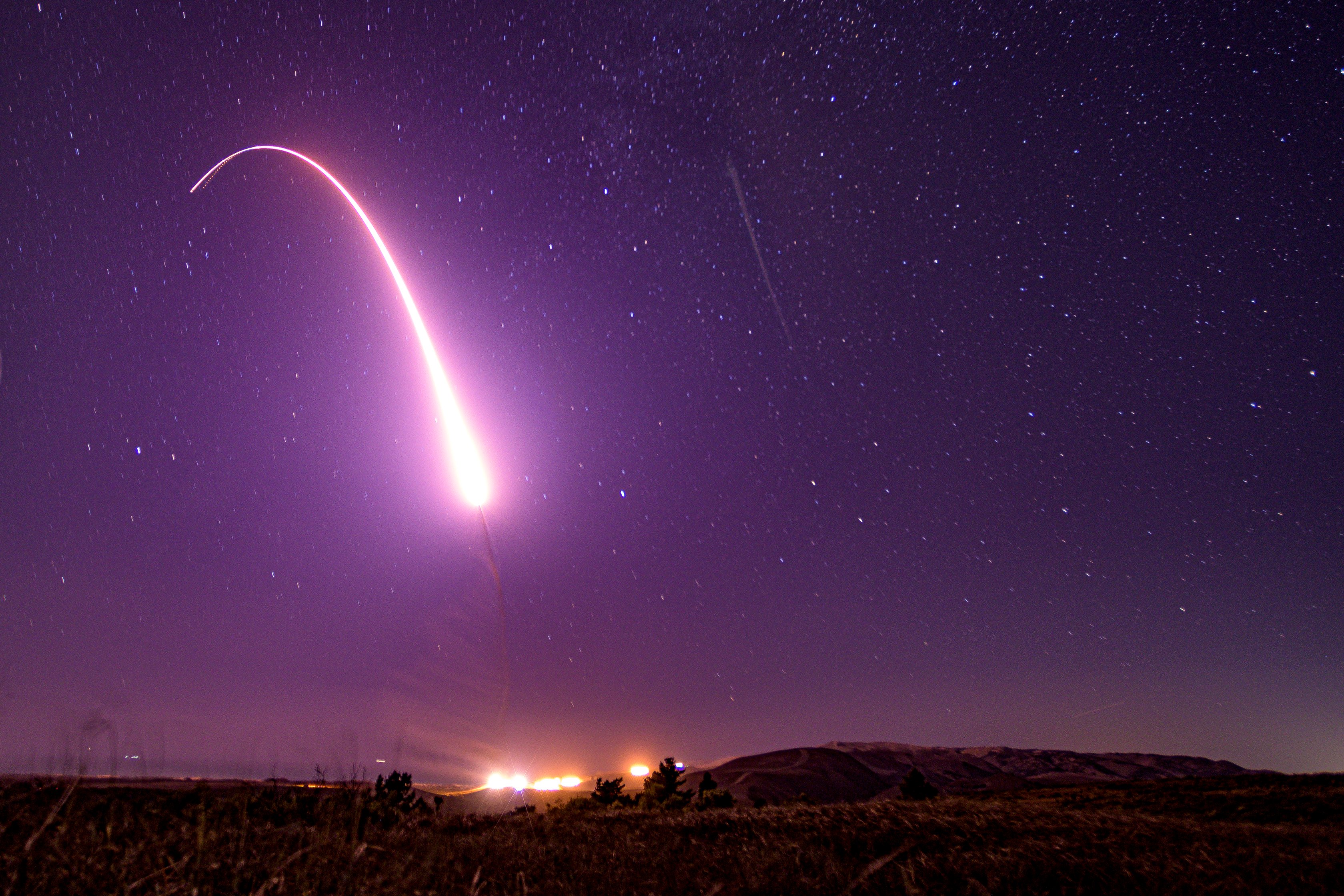 The biggest threat to modernizing the nuclear triad is to not keep up sustained modernization funding, a panel of national security experts told a key Senate panel on Tuesday.

The Air Force and the Navy are in the midst of replacing major decades old era strategic weapons programs. The Air Force is replacing the 1970s era Minuteman III intercontinental ballistic missile as part of the $100 billion Sentinel program, according to Defense News. The Navy has begun construction of the Columbia-class nuclear ballistic missile submarine to replace its 1980s Ohio-class SSBNs.

Testifying before the Senate Armed Services Committee, Madelyn Creedon, who chairs the congressionally-created Strategic Posture Commission, said, a difficult time lays ahead to keep programs like the Columbia-class ballistic submarine program on track while retiring the fleet of Ohio-class boomers.

Creedon said she believes the commitment to modernize has support in Congress, the administration and the public now.

These programs must also factor in inflation over the years it will take to modernize platforms, systems and infrastructure, she and the other panelists agreed.

Creedon added that these “future systems must be modular” to adapt to changed threats over decades.

Discounting claims that the across-the-board modernization programs – including recruitment and retention in the work force – is creating a new arms race, Eric Edelman, the director of the United States Institute of Peace, quoted Carter administration Defense Secretary Harold Brown, who commented that during the Cold War, the Soviet Union kept building even when the U.S. did not. This quote now also applies to China’s and Russia’s continued advanced on their strategic forces, Iran’s progress toward a nuclear weapon and North Korea’s insistence that the world accept Pyongyang as a nuclear power.

Looking at where the United States is now, Rose Gottemoeller, also on the commission and a lecturer on international studies at Stanford University, added “we need to rebuild out industrial capacity” in the private and public sectors to again produce platforms, missiles and warheads that haven’t been built in decades.

“We have to talk about” lost skills “in shipbuilding, submarine building, missile building,” from welders to engineers to carry the U.S. into the future, Edelman said.

“We must watch very carefully” Russia’s compliance with the Strategic Arms Reduction Treaty, due to expire in 2026, in terms of warheads and delivery systems, Goettemoeller said. Since they have been producing these for years, “they could easily outrun us,” throwing into question the United States’ ability to deter Moscow and Beijing from attempting a first strike on the homeland or allies in a crisis.

On China, “we don’t exactly [know] where they’re going” with the nuclear programs beyond the speed it developed its own triad, Gottemoeller added. Since Beijing is not a party to START or any other arms control agreements, she said Washington “must convince them of the value of nuclear restraint.”

Franklin Miller, a principal in the Scowcroft Group, warned that treaties “are not [a] substitute for deterrence.”

“Often we are tempted to think that Xi [Jin-ping] and [Vladimir] Putin think like us,” he said.

That line of thinking must shift to “what would deter them” in a crisis and what do they hold valuable, like retaining power or a capital that could be destroyed in an American retaliatory strike, he said.

Miller added that in this changed strategic environment United States strategic planners cannot rule out China and Russia collaborating in a nuclear crisis, meaning Washington must be ready to deter both simultaneously. That translates into having in place a solid continuity of government structure and a resilient nuclear command and control system. He and Edelman cited the advances China has made in its fractional orbit hypersonic bombardment system as an example of a potential attack with very little warning to American government continuity and nuclear command and control.

Since it is a maneuverable cruise missile, Miller said, “we wouldn’t know where it is going.”

Other panelists, all speaking for themselves, cited China’s and Russia’s anti-satellite weapons, their pursuit of artificial intelligence and machine learning in weapons systems and other technologies to eliminate a retaliatory strike.

“We’ve allowed command and control to wither” over the years, Miller said.

In this regard, he suggested adding a nuclear sea-based cruise missile to augment the ballistic missile submarine program and air-breathing systems as a deterrent that sends a reassuring message to allies who face shorter range nuclear threats from Russia and China. The Biden earlier this year administration cancelled a Pentagon effort to develop a sea-launched cruise missile.

“I don’t think [building these missiles] creates any arms race” because Moscow and Beijing already have large numbers of these platforms in their arsenals, he said.

“We don’t have to have parity” in numbers of warheads and delivery systems, but the United States “needs to have enough to hold what [Russia and China] value at risk,” Miller added.