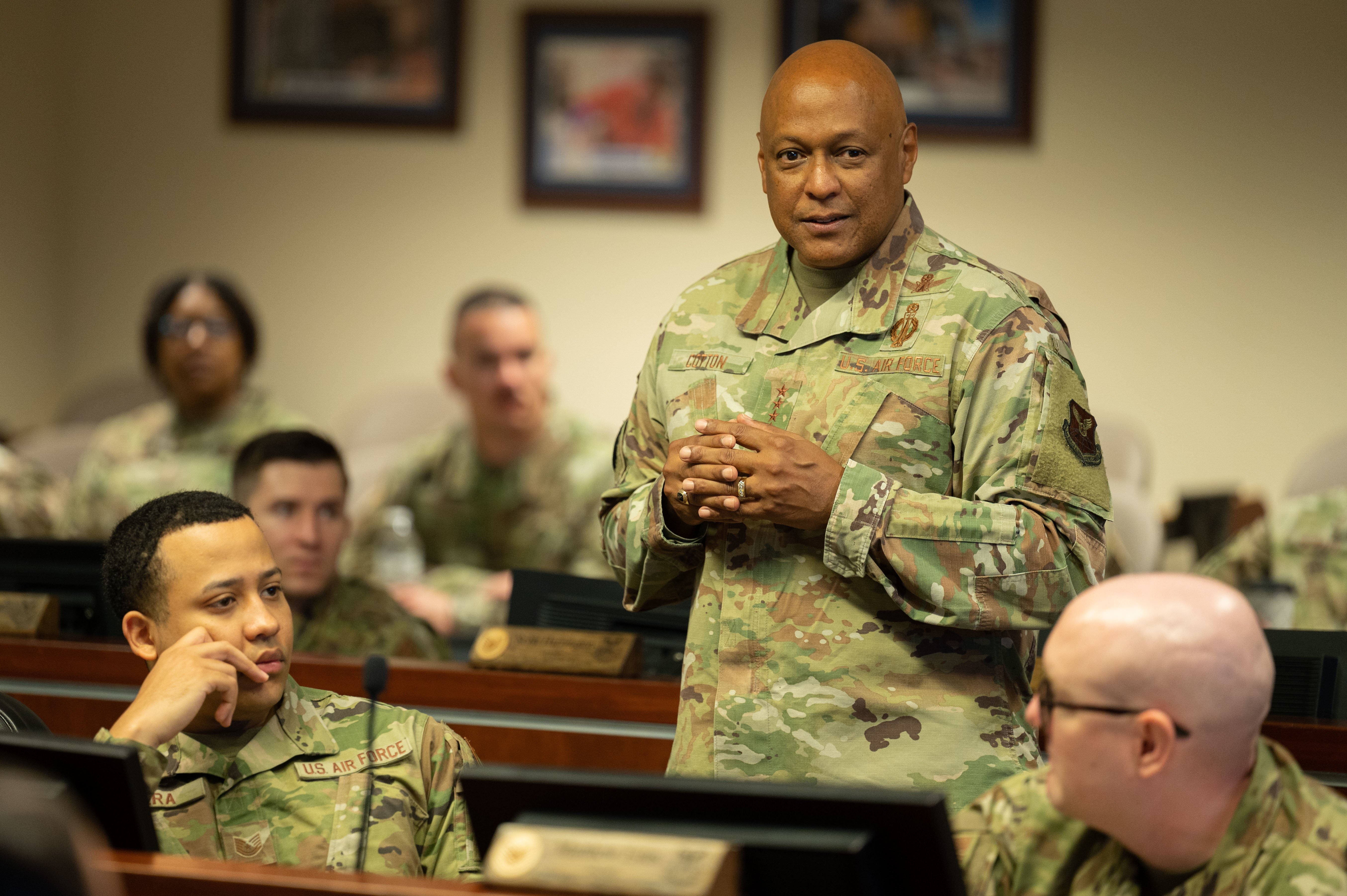 Russia and China’s nuclear capabilities require continual assessment due to the threats these powers pose to the United States and its allies, the nominee to head U.S. Strategic Command told the Senate Armed Services Committee on Thursday.
Testifying Thursday, Air Force Gen. Anthony Cotton said the assessment needs to cover how “the two might work together” and “how they might not work together” in a crisis. He pointed to Russia’s warnings that it could use limited nuclear weapons to take over Ukraine and China’s breathtaking advances in building its nuclear triad in fewer than four years. Cotton said this is the first time, since the dawn of the nuclear age in 1945, that the United States had to weigh the threats coming from more than one power with strategic weapons.

That assessment will play a crucial role in understanding “what needs to be done” in force shaping and future security and nuclear strategy and the role the command plays in carrying them out, he added.

“I absolutely believe that our nuclear deterrent” helped deter Russia from using nuclear weapons in Ukraine.

“We have to roll up our sleeves” to meet the challenges of modernization in facing two near-peer competitors, he added.

To do this, “we’re going to need stable, predictable funding” from Congress and the administration. In turn, the same stability and predictability needs to come from the Pentagon in defining requirements for nuclear programs across the board.

While Cotton on several occasions voiced his support for modernizing all three legs of the triad in both oral and written testimony, the only direct question about the Navy’s ballistic missile submarine program concerned extending the service life of some Ohio-class class boomers.

Cotton said that he needed to understand “what aging we really see” in extending some of the Ohio boats’ service lives to 42 years instead of the originally planned 30. Will the extension “get the result we want” or build new is the question that has to be answered, he said.

He also voiced his support for the continued development of the long-range stand-off cruise missile for the Air Force’s bomber fleet to keep that leg of the triad viable. His support also kept the door open for a nuclear long-range sea-launched cruise missile, an effort the Biden administration canceled earlier this year. Long-range in these cases means missiles capable of covering distances over 1,500 miles.

This spring, Adm. Charles Richard, the current STRATCOM commander, and Adm. James Grady, vice chairman of the Joint Chiefs of Staff, told the Senate Armed Services strategic forces subcommittee that they favored the continued development of the sea-based weapon.

“I have seen that capability gap as well,” referring to the long-range strike program in general, Cotton said.

Now that electro-magnetic and spectrum warfare falls under STRATCOM, Cotton said, “it’s going to be a front-burner issue.” He added that over the years the program in the Pentagon has atrophied. Cotton said he intends to have the command “not pace our adversaries, but lead our adversaries” in this domain.

The command is still feeling the pandemic’s impact on defense production and delivery, he added. Even with American-made parts, he said that in some areas it is taking 90 days to deliver components versus 10 before COVID-19 reached pandemic levels.

The committee and full Senate are expected to confirm Cotton’s nomination.