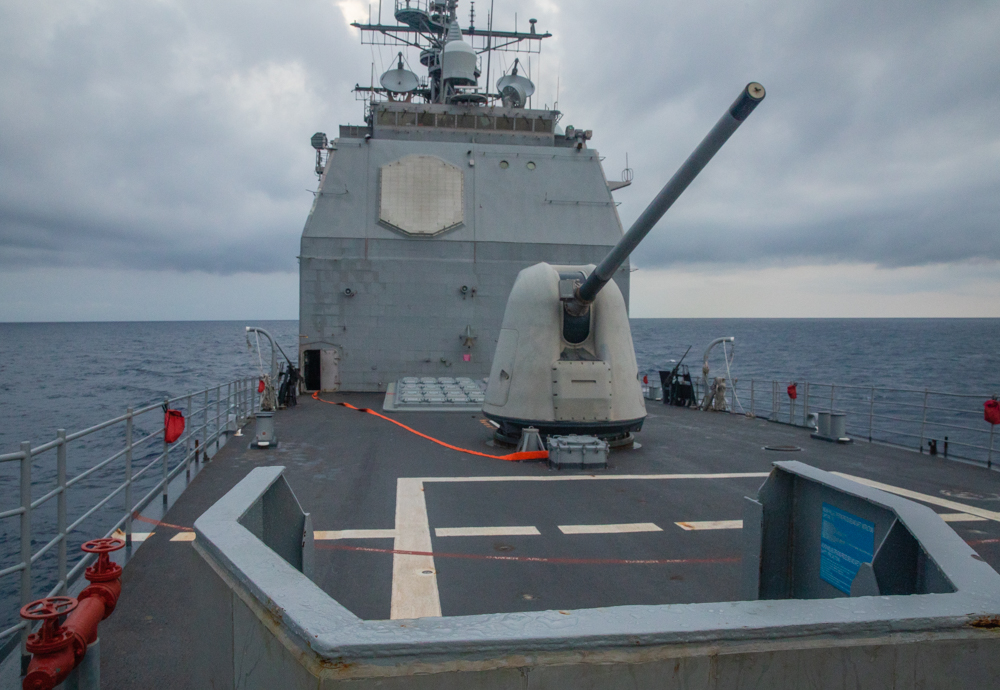 Two U.S.warships sailed through the Taiwan Strait on Sunday — the first since Speaker of the House Nancy Pelosi (D-Calif.) visited Taiwan, sparking increased tensions between Washington and Beijing.

USS Antietam (CG-54) and USS Chancellorsville (CG-62) sailed through the Taiwan Strait, according to a Saturday press release from 7th Fleet. The Ticonderoga-class guided-missile cruisers are both homeported in Yokosuka, Japan.

The People’s Liberation Army tracked the two cruisers during the transit, according to a Monday statement from the Chinese foreign ministry.

“The Eastern Theater Command conducted security tracking and monitoring of the US warships’ passage in the whole course, and had all movements of the U.S. warships under control,” spokesman Zhao Lijian said.
“U.S. warships frequently flex muscles in the name of exercising freedom of navigation. This is not about keeping the region free and open. This is provocation aimed at ‘freedom of trespassing’ and it constitutes deliberate sabotage of regional peace and stability.”

Meanwhile, amphibious assault ship USS Tripoli (LHA-7) is also in the South China Sea, along with its fleet of F-35B Lightning II Joint Strike Fighters, which are onboard as the Navy and Marine Corps test out the “lightning carrier” concept,” according to Monday’s USNI News Fleet and Marine Tracker. The amphibious warship left San Diego, Calif., on its first deployment in May.

The cruiser transits were criticized in Chinese state-controlled media, which called the cruiser pair “old” in a post. While the two warships, which were commissioned in the late 80s, are older, Tripoli commissioned in 2020 and is on its first deployment.

The Taiwan Strait transits were routine, according to the 7th Fleet press release. Both ships sailed in waters the U.S. does not consider to be territorial sea.

Antietam recently was underway as part of the Ronald Reagan Carrier Strike Group.