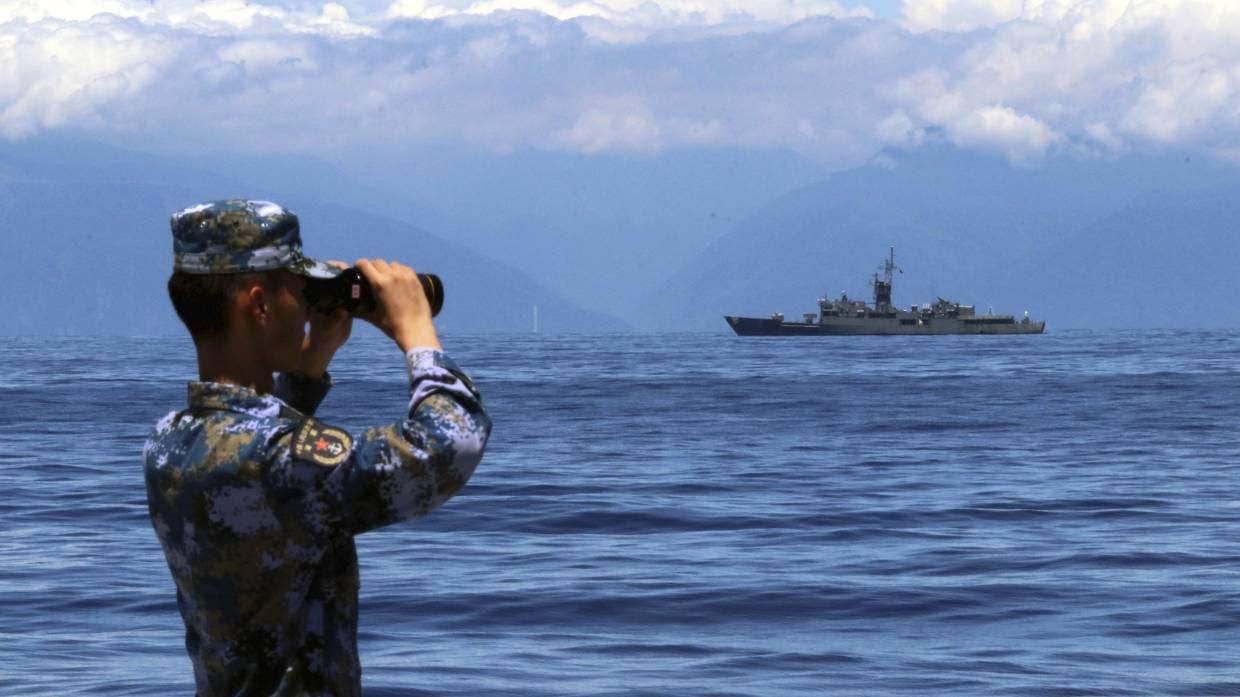 China established a new baseline in pressuring Taiwan politically with its most recent exercises, a panel of security experts said Monday.

Following House of Representatives Speaker Nancy Pelosi’s (D-Calif.) visit to Taiwan, China’s military conducted exercises that involved firing missiles over and around the island and sending fighter and strike aircraft and naval vessels repeatedly across the median line in the waters separating it from the mainland.

The nearly week-long series of exercises is “likely the early stages of a crisis that’s going to percolate for months,” said Christopher Twomey, associate professor of national security affairs at the Naval Postgraduate School.

The panelists agreed this display of military capabilities was also a signal to the United States and regional allies to be careful when it comes to dealing with Taiwan.

The Chinese could introduce its coast guard and naval militia into the maritime activity or fire even more missiles closer to Taiwan and into Japan’s exclusive economic zone, said M. Taylor Fravel, director of the security studies program at the Massachusetts Institute of Technology.

In addition to demonstrating longer-range military capabilities, China used a number of unmanned aerial systems to monitor islands closer to its shores that Taiwan claims, said Cristin Garafola, policy researcher at RAND corporation. They could also launch more of these intelligence, surveillance and reconnaissance systems to better monitor Taiwan’s moves there.

Beijing also imposed new import and export controls on the eve of Pelosi’s visit and launched cyber attacks on the island’s infrastructure, including the defense ministry’s website.

Garafola said these “escalatory tactics” in the gray zone will continue to sway Taiwanese political thinking. China views Taiwan as a breakaway province. Beijing’s goal by 2049, the centennial of the Communist takeover of China, is to bring it under its control – peacefully or through military force.

Adm. Phil Davidson said an attack was possible with six years when he was Indo-Pacific commander and questioned on the threat of an invasion.

China is not likely to back away from its position, Fravel said.

Several panelists noted that China had indications of a high-level U.S. official coming to the island later in the year since spring, and they used that time to expand the scope and range of exercises that were already planned for the summer.

Although the United States and allies have not yet responded to this display of military capabilities, including joint and theater operations, Twomey, speaking for himself, said expected new transits of the Taiwan Strait by the Navy “is going to be provocative to China.”

He added Beijing feels it needs to draw “some clear line” in what it regards as acceptable in these extensive exercises and what capabilities it has.

Beijing said its display of military resolve was brought on by the early August visit of Pelosi and a delegation of congressional Democrats to the self-governing island. She was the highest-level U.S. official to visit the island in 25 years.

As reported in the state-controlled Global Times, Foreign Minister Wang Yi condemned the visit as a rejection of the United States’ announced policy of a “One China” and “a malicious violation” of its sovereignty. He added in his speech to the Association of South East Asian Nations that Washington was the “biggest destroyer” of peace and regional stability in the Taiwan Strait.

Twomey said Beijing views the administration’s action and words as counter to the “One China” policy with visits like those by Pelosi. The Chinese also cite Seventh Fleet’s beefed-up presence with a carrier strike group accompanied by an amphibious assault ship during the visit, increased arms sales to Taiwan and remarks by President Joseph Biden about defending the island if attacked as examples of American attempts at hegemony.

Speaking at the Center for Strategic and International Studies event, Roderick Lee, director of research at the China Aerospace Institute at the Air University, added Chinese leadership see all these actions as “manufacturing a political crisis to contain China.” The Chinese Communist Party uses crises to build up support domestically and “setting conditions [to become] the dominant narrative” externally, he said.

In this case and others, the narrative is the “United States started it.”

As for Taiwan’s response, Kathrin Hille, Financial Times correspondent, said while the political leadership avoids using the word “crisis” to describe recent events, the island’s military is again looking to “the full-range of capabilities” as being necessary to defend itself.

That would include buying advanced fighter aircraft, armor for ground forces and larger surface combatants and submarines.

This attitude flies in the face of Washington’s push to “prioritize fight tonight” defenses with its strong reliance on anti-ship and aircraft missiles, mines and integrated active and reserve components, which the government of President Tsai Ing-wen is pursuing, she said.

This “will be regarded as another important milestone in the deterioration of Sino-American relations. We have already crossed a number of worrisome thresholds, and the two main actors continue to posture for various strategic and domestic reasons. China, in particular, seeks to prevent a slow but steady shift in Taiwan’s status, while the United States seeks to reassure Taiwan and other allies. With careful statesmanship and a little luck, outright war can be avoided — but neither of these is ever guaranteed,” Twomey wrote for War on the Rocks.