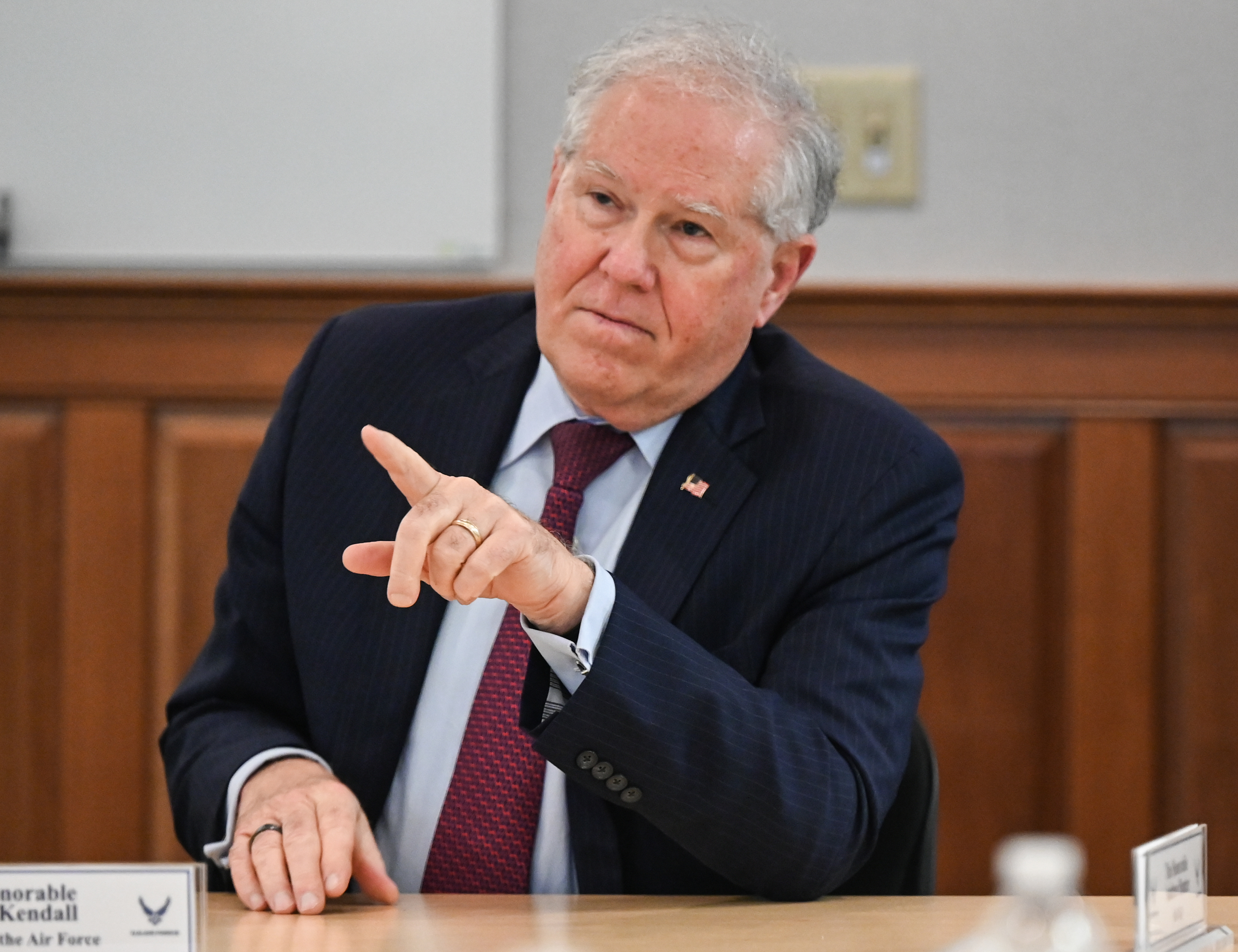 Secretary of the Air Force Frank Kendall asks a question during a briefing with Kessel Run personnel at Hanscom Air Force Base, Mass., Aug. 5., 2022. US Navy Photo

Kendall spent much of his first year as secretary identifying what the Air and Space forces need to do in order to modernize in areas that he deems necessary due to developments by other countries, mainly China, he said during a Friday conference call from Andersen Air Force Base in Guam.

“As far as my priorities, I’ve articulated a number of times what I call operational paradigms, which are capabilities that need to be enhanced for the Air Force and Space Force, and there is a list of several of those,” he said.

When it comes to the Indo-Pacific, the Navy and Air Force work together closely, Kendall said. One example is the Joint All Domain Command and Control (JADC2). The JADC2 framework is DOD’s effort to amalgamate sensors with shooters across all domains, commands and services.

Air Force Chief of Staff Gen. C.Q. Brown met with his fellow service chiefs from the Army, Navy, Marine Corps and Space Force on June 24 to share advancements and discuss the way forward as the services work together to continue cultivating common ground on Joint All-Domain Command and Control, according to a USAF release.

China’s military activities increased the level of risk and violated a number of norms since Speaker of the House Nancy Pelosi’s (D-Calf.) visit to Taiwan, Kendall said.

“These are not actions that are designed to increase peace and stability in the region, they are provocative and they increase the level of risk,” he said..

Kendall added that the visit by Pelosi was not unusual for members of the U.S. legislature and in his opinion, China overreacted to the visit.

“And I hope that their behavior would return to the norms that were established before,” he said.

After Guam, Kendall will visit Australia and Japan to hold discussions with officials along with meeting USAF and Space Force personnel in those countries before wrapping up his tour in Alaska where he will visit USAF bases there.

Marine Aircraft Group 12, which arrived in Australia on Aug.10 for the exercise, is comprised of 12 F-35Bs from VFMA-121 “Green Knights” and VFMA-124 “Bats” – both squadrons home based at Marine Corps Air Station Iwakuni, Japan. A detachment of USAF F-22s also arrived at RAAF Tindal on Thursday as part of the as part of the Enhanced Air Cooperation (EAC) program between Australia and the United States.

An Australian Department of Defence release stated that the F-22s presence was a separate activity from Pitch Black 2022.

“We have a shared interest in preserving peace in the region, ensuring that it is open and we can all live here by established international norms and I’m hopeful we can move in the direction collectively to restore those norms where they have been broken,” he said.