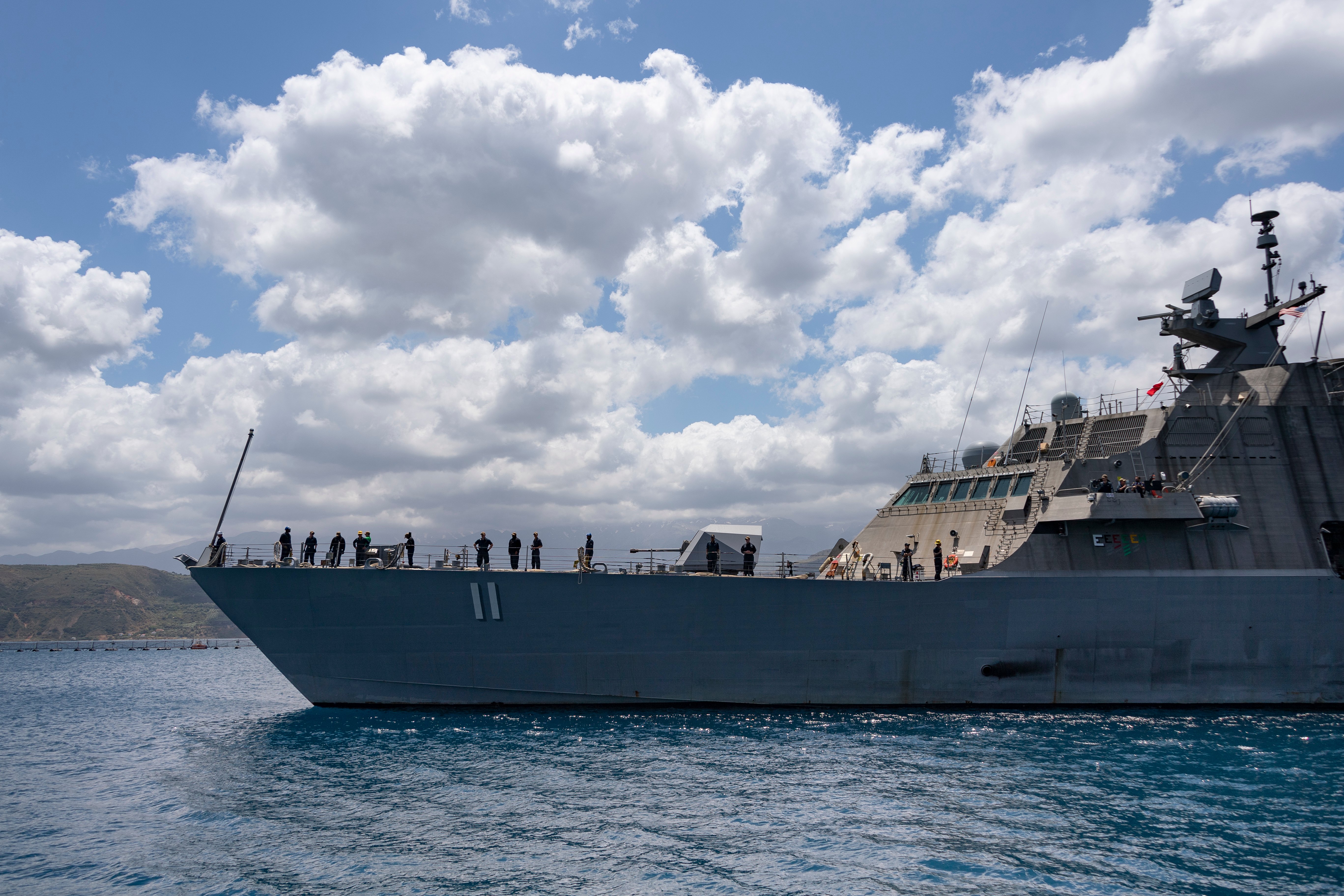 Despite plans to decommission Littoral Combat Ship USS Sioux City (LCS-11) next fiscal year, the Navy is preparing funds to repair a latent issue with the ship’s propulsion system, USNI News has learned.

Sioux City, which is currently deployed to U.S. Central Command, is the next Freedom-class LCS slated to undergo the repairs to its combining gears in an upcoming maintenance availability, which marries the ship’s diesel engines to its gas turbines.

“In partnership with the U.S. Navy and RENK Group, Lockheed Martin successfully tested a combining gear modification on four Littoral Combat Ships. The next ship scheduled to receive the gear modification is USS Sioux City (LCS-11) when it returns from deployment. Any additional questions about the gear repair or the letter should go to the U.S. Navy public affairs office,” a spokesperson for Lockheed Martin told USNI News in a statement.

In July, Lockheed Martin received a letter from Naval Sea Systems Command that set up the legal structure for the company to contribute its share to fix Sioux City.

Sioux City is one of nine Littoral Combat Ships the Navy asked to decommission as part of its Fiscal Year 2023 budget proposal. The House Armed Services Committee voted to save five of the nine LCSs, as did House appropriators and Senate authorizers. Differences between the legislation will get worked out during the conference process.

The Navy and Lockheed Martin will split the cost of the combining gear fix 50-50, sources familiar with the contract negotiations told USNI News.

“[T]he combining gears for LCS 31 were delivered to the shipyard with the correction incorporated from the gear factory,” Baribeau said in a statement.

As for Sioux City, Baribeau said the ship will still be a commissioned naval vessel with a crew while it gets fixed.

The Navy and Lockheed are still negotiating the cost.

“The Navy is pursuing a contractual process that allows the Navy and Lockheed Martin to conduct the repair in accordance with the terms of the original construction contract, including the cost-sharing provisions, to execute the combining gear correction,” Baribeau said.

The cost to fix each ship is in flux, but several defense sources said early repairs for the Freedom-class hulls were about $3 million, with the total going down now due to efficiencies.

In January of 2021, the Navy said it would pause deliveries of the Freedom-class ships over the class-wide issue with the combining gear. Despite announcing in November of 2021 that it had fixed the first ship, the Navy has said little about costs and negotiations with Lockheed over the solution to the combining gear defect.