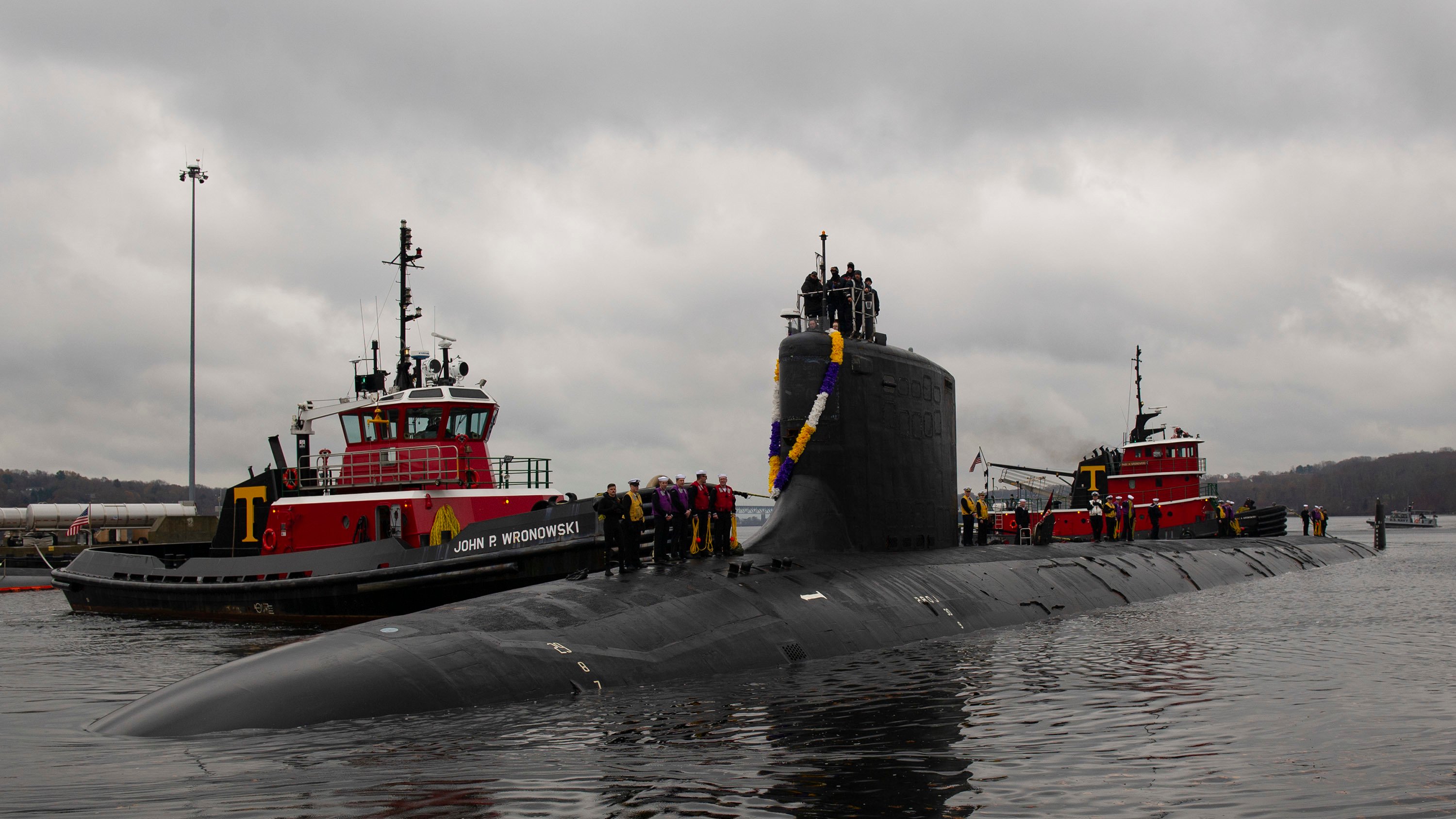 Tugboats guide USS Minnesota (SSN-783) to the pier as the Virginia-class nuclear-powered fast-attack submarine returns to Naval Submarine Base New London, Conn., in 2021. US Navy Photo

This story has been updated to reflect a clarification in the officers eligible for the bonus.

A new Navy program will offer $20,000 per year to members of the submarine community in a bid to increase retention.

Submarine commanding officers special mission with no less than 19 years but no more than 25 years of service are eligible to receive annual payments of $20,000 if they stay in the Navy for another three to five years, according to NAVADMIN 177, released Aug. 5.

Officers who apply for the retention bonus must be active duty, be serving in a commanding officer special mission billet and be at a O-5 or O-6 paygrade, according to the NAVADMIN.

Being promoted to an O-7 pay grade will make an officer ineligible and will result in unearned portions of the bonus being recouped by the Navy.

Those who have a continuation bonus already under the nuclear officer incentive pay are not eligible.

If accepted for the retention bonus, officers will be given a service obligation between three to five years, according to the NAVADMIN. The bonus will be distributed yearly, with no option for a lump sum.

The new retaining bonus could be evidence of the Navy’s focus on retention as it faces a challenging recruiting environment. Already, the Navy has offered recruiting bonuses, with up to $50,000 for certain billets.

The Navy has been successful in meeting its retention goals, although they focus on sailors with up to 14 years of service, whereas the new program targets those with at least 19 years.

For nuclear submarine platforms, the Navy is aiming to keep 67 percent of sailors with up to six years, 77 for those with six to 10 years and 87 percent of those with 10 to 14 years, according to a NAVADMIN from January.

The Navy was on target to meet its goals and had already exceeded them for the sailors with up to six years, USNI News previously reported.

Now the Navy is targeting senior enlisted positions with a new pilot program, according to NAVADMIN 178 published Friday.

Under the pilot program, the Navy is aiming to fill senior leadership sea billets. It will start with positions available in the Nimitz Carrier Strike Group, the Bataan Amphibious Ready Group and on USS George Washington (CVN-73).

George Washington is currently in maintenance and experienced a string of deaths by suicide, prompting the Navy to investigate manning, USNI News previously reported.

In May, the ship was 80 percent crewed, with 60 percent of its chief petty officers and 95 percent of junior sailors assigned to the ship on duty.

The SEA2P pilot program is available to eligible active-duty sailors who are not in the nuclear or special warfare communities. The pilot is limited to E8 or E9 billets considered critical, according to the NAVADMIN.

The sailors selected for the program will serve 36 months in the SEA2P billet.

The Navy is accepting sailors in two waves. The deadline for the first is Aug. 31, with sailors finding out if they will be part of the program between Sept. 26-30.

The deadline for the second wave is Oct. 17 with results released Nov. 14-18.