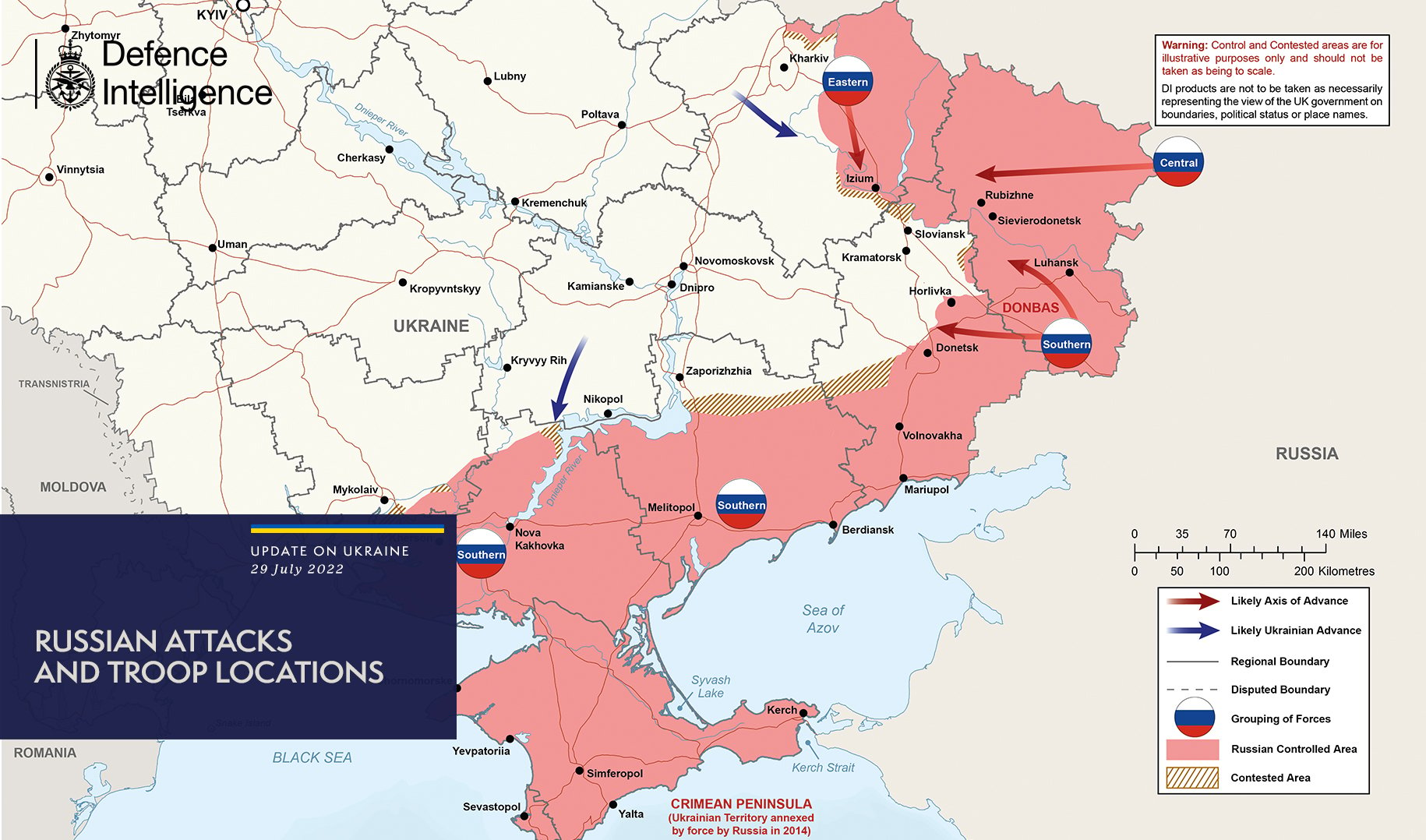 The Russian military is building a pontoon bridge in Kherson along the Dnipro River, according to satellite imagery.

Ukrainians have been hitting bridges, which might explain why the Russians are building the pontoon bridge, a senior military officials told reporters Friday.

“They’re probably quite honestly trying to figure out how to get across the river and go back to Crimea,” the senior military official said.

The pontoon bridge under construction is next to the site of a bridge that was destroyed, USNI News contributor H.I. Sutton tweeted Friday morning.

Pontoon assembled in river nearby as previous reported #OSINT pic.twitter.com/s5LJSYd1fA

At 156 days into the Russian invasion of Ukraine, there is little maritime movement from the Russians. There are about a half dozen Russian ships in the Black Sea, the senior military official said.

The ships are staying off the coast, which has been the typical movement from the Russian Navy since the Ukrainians sank RTS Moskva (121), the official said.

Last week, Russia and Ukraine, in a deal brokered by the United Nations and Turkey, agreed to allow Ukraine to export grain out of three ports, including Odesa.

Within a few hours, Russia bombed Odesa, although it did not hit the grain facilities, USNI News previously reported.

Ukrainian President Volodymyr Zelensky said that the first grain ship was ready to leave Ukraine, BBC News reported Friday. Zelensky, speaking at the port of Chornomorsk, said the ship was waiting for the green light from the United Nations.

Before ships can leave the ports, the U.N. must approve a clear route in the Black Sea. One of the challenges to this is that Ukraine mined the sea near Odesa in order to prevent an amphibious landing, USNI News previously reported.