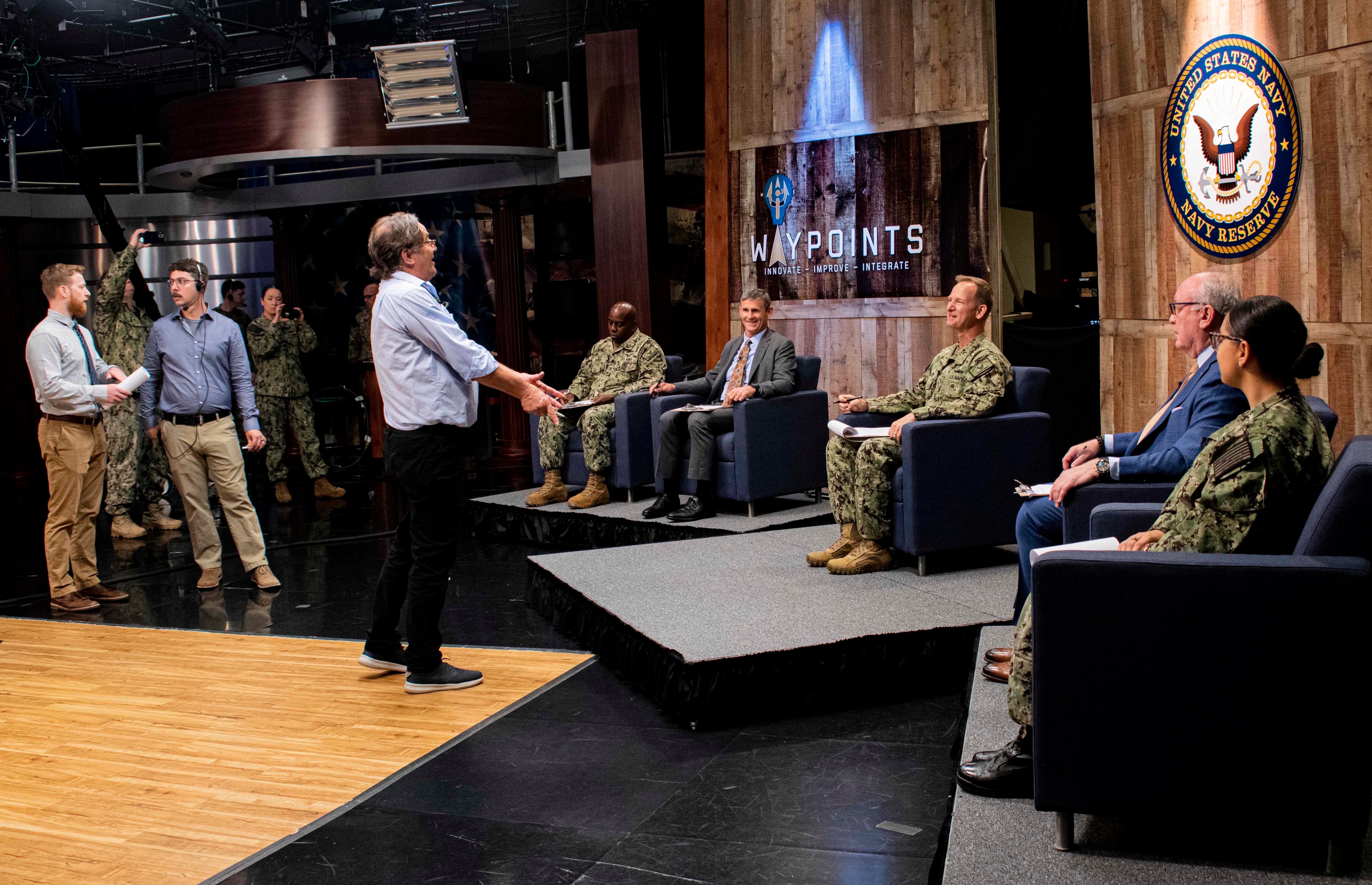 The Navy Reserve is developing a mobile app to make it easier for reservists to report for duty using a solution that will come in handy if it ever activates the entire 50,000-member Selected Reserve.

The idea for the app came from Lt. Cmdr. Jonathan Calhoun’s own experience mobilizing in 2020 led him to wonder whether technology could streamline a dreary, administrative process and ease the burden on sailors scattered around the country without easy access to a reserve center.

Calhoun, spurred by a similar application by his civilian clients, developed an idea for a mobile app, compatible across all operating systems, that would enable reservists to report in and mobilize faster, especially if there was a short-notice, mass mobilization. He submitted it as part of the Navy Reserve’s inaugural “i3 Waypoints” innovation challenge and pitched his idea – “Leverage Mobile Technology to Streamline Mobilization” – to a panel at Fort Meade, Md., on June 28.

Of 107 proposals the Navy Reserve received this year, only five finalists were chosen to pitch their idea in person. Calhoun was one of them, and his idea won over the panelists – which included Vice Adm. John Mustin, the Chief of Navy Reserve and Navy Reserve Force commander – and his was the winning entry.

The Navy Reserve is “already moving out” on the app’s design, Mustin said in announcing the winner. “His idea to add mobile technology to our distributed activation process helps us achieve our goal of mobilizing the entire Selected Reserve force of 50,000 in 30 days if required.”

The command began i3 Waypoints “as a way to fast-track transformative ideas from across the Navy directly to the highest levels of the Navy Reserve, without filters or bureaucratic barriers,” according to the service. The name comes from “an approach to inventing: innovate something entirely new, improve on something already established, or integrate several ideas, products or processes rendering the former completely obsolete.”

Navy Reserve staff is working through the requirements to get the app built out and tailored for the specific Navy requirements, Calhoun said, “so when the call comes, everybody is ready from day one.”

When Calhoun mobilized in 2020, he had to travel to Expeditionary Combat Readiness Command in Norfolk, Va., where most reservists went to begin their mobilization process. While it wasn’t far for him, it was for many other reservists.

Now, as part of Mustin’s changes to the Reserve Force, reservists can just go to their local Navy reserve center, regardless of where they had gone previously. Now, the addition of an app on a smartphone will make that process easier since each reservist can complete and submit the necessary paperwork faster. 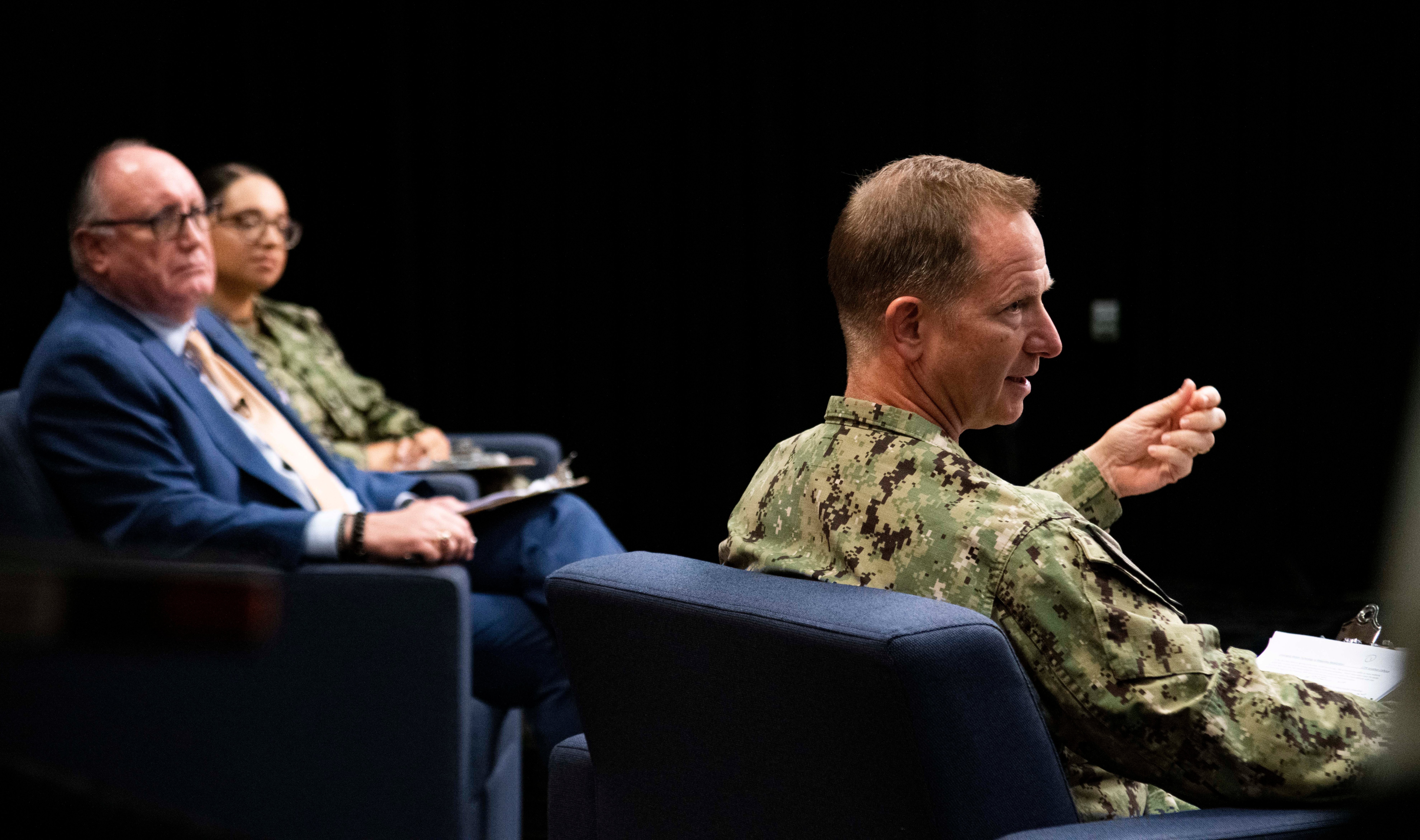 “The way in which we mobilize now is slightly different than the way we mobilized in previous years,” Calhoun said in an interview, particularly when mobilizing larger groups of reservists rather than one or a few. “When it comes time to mobilize the entire force, that’s something that can no longer be done in only a few locations.”

The Navy activated 1,300 reservists – medical and medical support staff – over a two-day period in the early days of the military’s COVID-19 pandemic relief mission in the spring 2020, Capt. Colette Murphy said. Those reservists helped staff about 48 hours, the hospital ships USNS Comfort and USNS Mercy and other COVID hot spots.

Amid the pandemic, COVID-19 impacted public shipyards with the loss of available workers, and that prompted the Navy Reserve to mobilize another 1,300 reservists to fill those jobs in ship maintenance. That program, called Surge Main, is “a capability that only exists in the Reserve force,” Murphy said.

The 2020 mobilization exercise that Calhoun had taken part in was the planned proof-of-concept for the Navy Reserve’s “distributed activation” implemented in 2021. “COVID forced us to pull that trigger ahead of time, because we didn’t people flying on airplanes to places like Norfolk to mobilize,” she said.

For years, the Navy Reserve maintained the capability to mobilize 3,000 reservists in a month. But officials expect the requirement will be for much larger-scale scale mobilizations in the future, so simplifying the mobilization process, and app suggested by Calhoun, would be welcomed if many reservists were to be activated at one time.

“How else do you get 50,000 people through a system that was, for 20 years, capable to mobilize 3,000 for the year… And now you need 50,000 in a month?” Murphy said. “We were already working on that, and then Jonathan comes along with a brilliant idea. He pushed us further down the field real quick.”

Calhoun served as a surface warfare officer on active duty for five years, and he’s been in the Reserves for eight years, working at U.S. Fleet Forces Command’s Maritime Operations Center in Norfolk, Va.

The idea for the app surfaced after he was mobilized from January to October 2020 and served aboard USS Hershel “Woody” Williams (ESB-4) as the deck department head and reserve officer-in-charge. During a reserve mobilization exercise, he had to complete and submit a bunch of documents typical of those he’d have to do during a real mobilization.

The process, he said, was “very tedious and duplicative in nature. For each form you had to manually input your name, address, date of birth, et cetera, and then save it, send it back via email, and then communicate back and forth with the Navy Reserve Center staff to make any changes or updates or edits with each form.”

“It definitely took a good bit of time,” he added. Some sailors who didn’t have access to a laptop with a CAC-enabled device at their home to access email and other documents “were forced to go into a Navy Reserve Center to use a Navy computer in order to complete all the requirements.”

Calhoun thought about those administrative challenges while in his civilian job in banking and working with companies that do business with the Department of Defense. One day while sharing his recent mobilization experiences, he said, he learned a company already was using a mobile application used by some federal agencies that could ease the mobilization headaches experienced by sailors “by shifting a majority of those administrative requirements that are currently done” on CAC-enabled computers to a mobile device.

“Something that every, single sailor – especially our younger, junior sailors, have with them 24/7, every day of the week,” he noted.

The app the company was using enabled easy completion of forms and communication via group chats. He envisioned something similar, “anything to either streamline communication amongst a group of people, as well as information and data transfer that doesn’t require being on a military installation and having to complete and attach forms from scratch.” Forms could auto-populate information on different documents quickly, updates can be done quickly, and leaders would have better sight of their force’s readiness.

Security and encryption infrastructure already were built within the technology due to the sensitivity of the information being transferred. “I don’t see why we can’t have the same level of security built to ensure that people’s personal information is safeguarded throughout the mobilization process,” he said.

So Calhoun drafted an outline and submitted the idea to i3 Waypoints. Chosen as a finalist to pitch the idea, live, he sought out people who helped him sharpen his delivery for the three minutes he’d have to sell the panel – which included Mustin – on his idea.

He went over that time, slightly. During the 10-minute question-and-answer period, panelists peppered him with questions. How would you implement this? What’s the time savings to do this? What are the macro benefits? “It’s certainly challenging to answer those questions on the spot when the lights are on,” he said. He was heartened at one panelist’s comment: “Why we don’t do this already?”

The other four 2022 finalists and their ideas are: