The following is the July 7, 2022, Government Accountability Office report, Defense Industrial Base DoD Should Take Actions to Strengthen Its Risk Mitigation Approach.

The Department of Defense’s (DOD) Industrial Base Policy office does not yet
have a consolidated and comprehensive strategy to mitigate risks to the
industrial base—the companies that develop and manufacture technologies and
weapon systems for DOD. The office is using a combination of four previously
issued reports that were created for other requirements because it devoted its resources to completing other priorities. Collectively, the reports do not include several elements GAO has previously identified that would help DOD achieve results, evaluate progress, and ensure accountability.

DOD must update its industrial base strategy following the submission of the next National Security Strategy Report, which is expected to be issued later in 2022. By including all elements in a consolidated strategy, DOD could better ensure that all appropriate organizations are working toward the same priorities, promoting supply chain resiliency, and supporting national security objectives.

DOD is carrying out numerous efforts to mitigate risks to the industrial base. This includes more than $1 billion in reported efforts under Navy submarine and destroyer programs and $125 million to sustain a domestic microelectronics manufacturer. However, DOD has limited insight into the effectiveness of these efforts and how much progress it has made addressing risks. 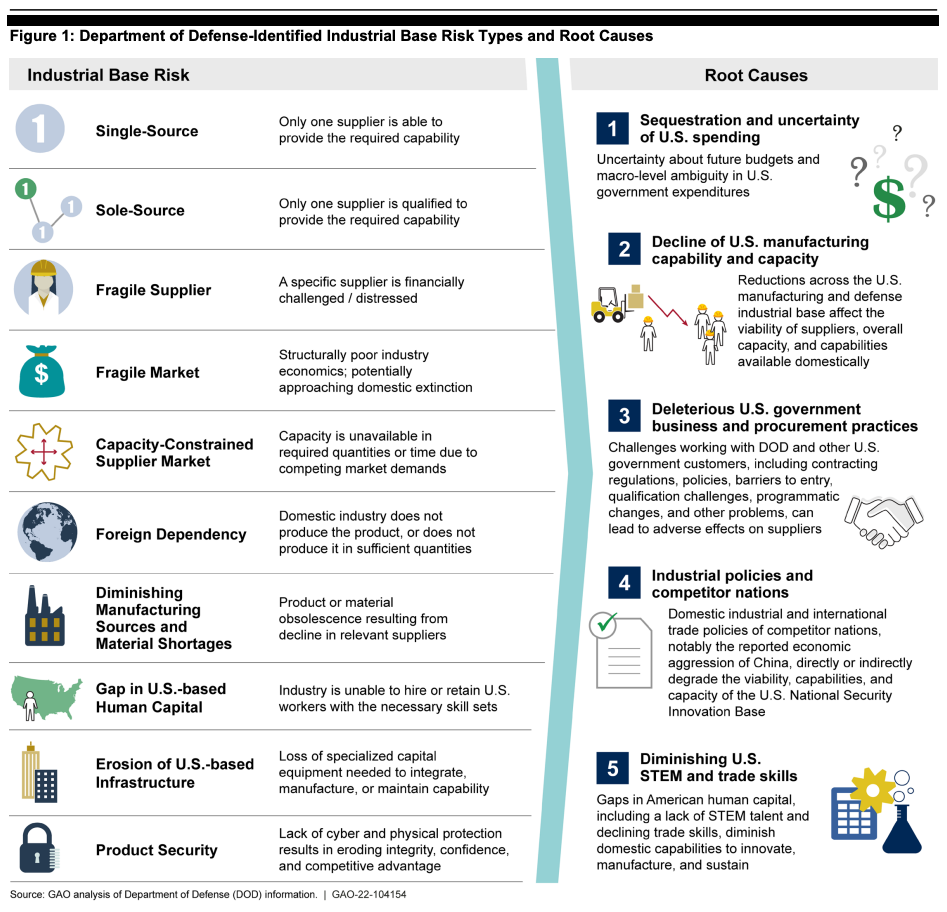 GAO’s prior work on enterprise risk management establishes that agencies
should monitor and report on the status and effectiveness of their risk mitigation efforts. Without key monitoring and reporting information, DOD and Congress do not have sufficient information to help determine whether industrial base risks have been mitigated and what additional resources or actions may be needed.