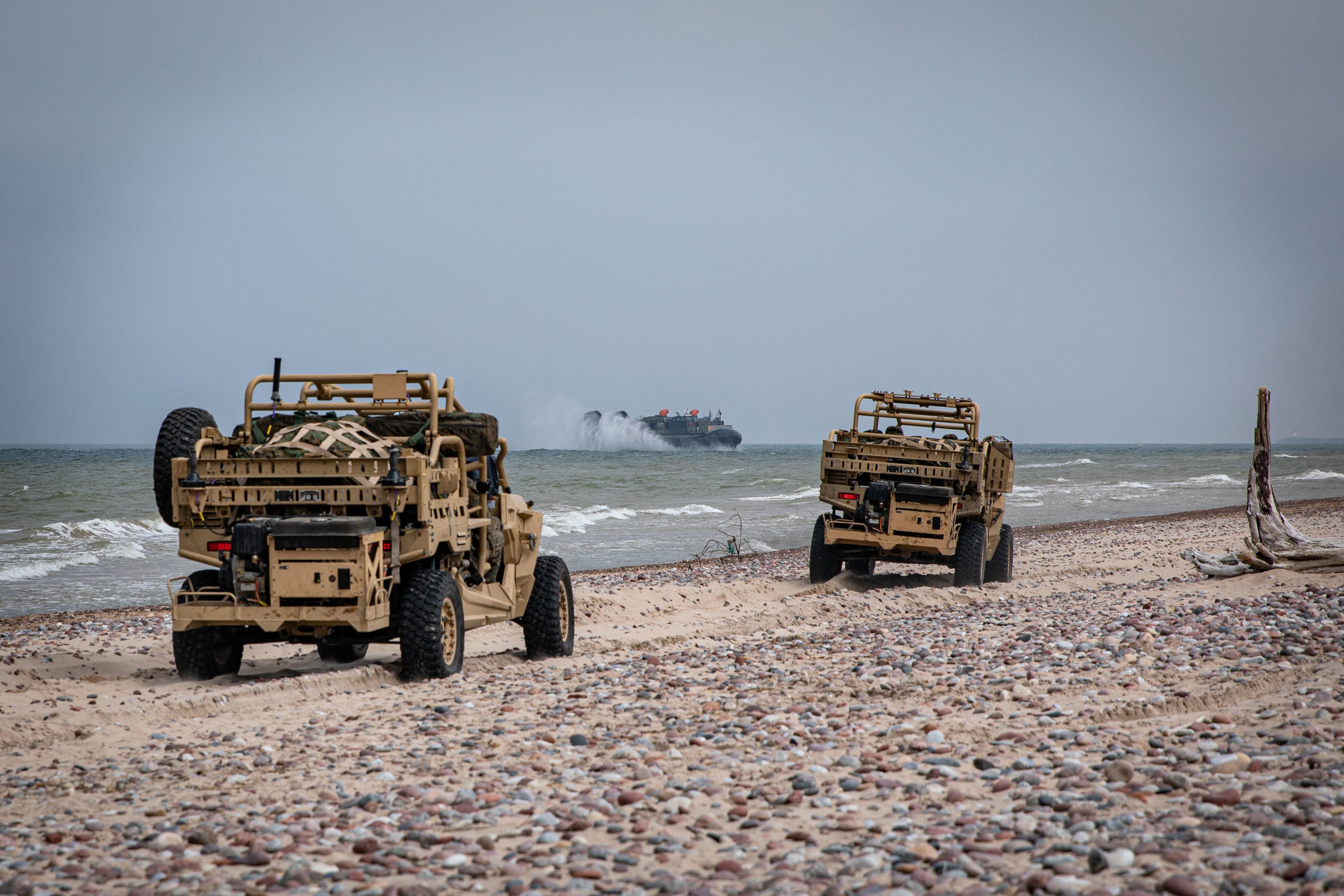 When Turkey dropped its opposition to Sweden and Finland joining the transatlantic alliance this week, it opened up the path to turn the “Baltic [into an] internal NATO sea,” Estonia’s top defense official said Wednesday.

Kalle Laanet, Estonia’s minister of defense, said the agreement “was very good news for us.” At a think-tank sponsored forum on NATO’s future, he also welcomed NATO’s plan to increase the size of its rapid reaction force to 300,000 from 400,000, introduce at least brigade-sized forces for rotational tours into the three Baltic states and establish an American corps headquarters in Poland.

Other increases from the United States include basing two more destroyers in Rota, Spain, and stationing two squadrons of F-35 Lightning II Strike Fighters in the United Kingdom.

“Allies have committed to deploy additional robust in-place combat-ready forces on our eastern flank, to be scaled up from the existing battlegroups to brigade-size units where and when required, underpinned by credible rapidly available reinforcements, prepositioned equipment and enhanced command and control,” NATO leaders agreed in their summit declaration in Madrid this week.

The changes mean “we can defend immediately,” Laanet said. “We are making quick decisions to make our defenses stronger” by building up ammunition stocks and modernizing equipment and systems.

“Putin accepts only power; we have to give power to Ukraine” to end Kremlin aggression, he said.

For months before Russia’s invasion of Ukraine, Baltic leaders were in Washington and Brussels arguing that their region needed more than “trip-wire” defenses to deter Russian military attack.

Expanding NATO was also a challenge the alliance had to overcome before the Madrid summit; and it had to be a unanimous decision to grow NATO. That is “how we agree to solve problems,” Adm. Rob Bauer of the Royal Netherlands Navy and the chair of NATO’s military committee said at the forum.

It was not an easy path forward for Sweden and Finland after both Nordic nations saw how much Moscow’s attitude toward its neighbors had changed late last year.

Starting with the Kremlin’s bullying over any expansion of NATO and demanding a sphere of influence at a European security meeting in December, Foreign Minister Ann Linde said Swedish governmental officials no longer believed its 200 years of neutrality would protect them against Russian aggression.

“That rang alarm bells” in Stockholm, she told attendees at the forum. Still, many Swedes and other Europeans, including Ukrainian leaders, still didn’t believe that Moscow would launch an all-out military attack on a neighboring country until it did on Feb. 24 in Ukraine.

“We came to the conclusion that we weren’t safe anymore,” Linde said.

She added that 85 percent of the parliament agreed with the change from neutrality and partnership with NATO to full membership. Sixty percent of the population supported the application.

Linde said there was a similar shift of opinion in Finland at the same time.

But Turkey objected to the two Nordic countries’ admission, saying they harbored Kurdish terrorists and had imposed controls on arms sales to Ankara in retaliation for its treatment of the Kurds.

“We had to take [Turkish objections] very seriously” in what turned out to be a four-and-a-half hour meeting of two presidents, one prime minister, three foreign ministers and other high officials before reaching a memorandum of understanding,” she said.

The three countries came to the meeting with the intention to solve the problem, she said.

“The atmosphere was respectful of each other,” she said.

Pekka Haavisto, her Finnish counterpart, said, “we had quite a sweaty two hours” before there was a break. After the parties returned, the agreement was reached, and Turkey withdrew its objection. Going in, he said it was “very important we [the Nordic nations] do this together” in applying for admission and resolving Turkish objections.

“The most important issue is unity,” Bauer said.

When asked whether former Warsaw Pact nations that had been sending Soviet-era weapons to Ukraine were weakening their own defenses, Bauer said this really allows a switchover to more modern Western systems in the next 10 years.

The catch is that “production is slower than we want” as demand increases, he said. “This is an important topic that needs to be addressed” in coming months.

Speaking on the eve of Sweden’s and Finland’s admission to the 30-member transatlantic alliance, Linde said Russians have been committing “war crimes from the beginning” that captured Western attention. She cited the attack on a red-roofed theater in Mariupol that was sheltering a thousand civilians and was deliberately destroyed in the long siege of that port city. About 600 civilians were believed to have been killed in the attack.

She and others said that public support for Kyiv may be waning in the wake of higher prices for goods and energy and a shift in priorities back to everyday concerns.

Kajsa Ollogren, the Netherlands’ minister of defense, said sanctions “cost us something” to impose. But it was “important to have this debate with our public” over why they are important in defense of Ukraine.

“You can already see in the media” declining interest in coverage of Ukraine, Linde said. “We have seen this so many times, it just slides away.”