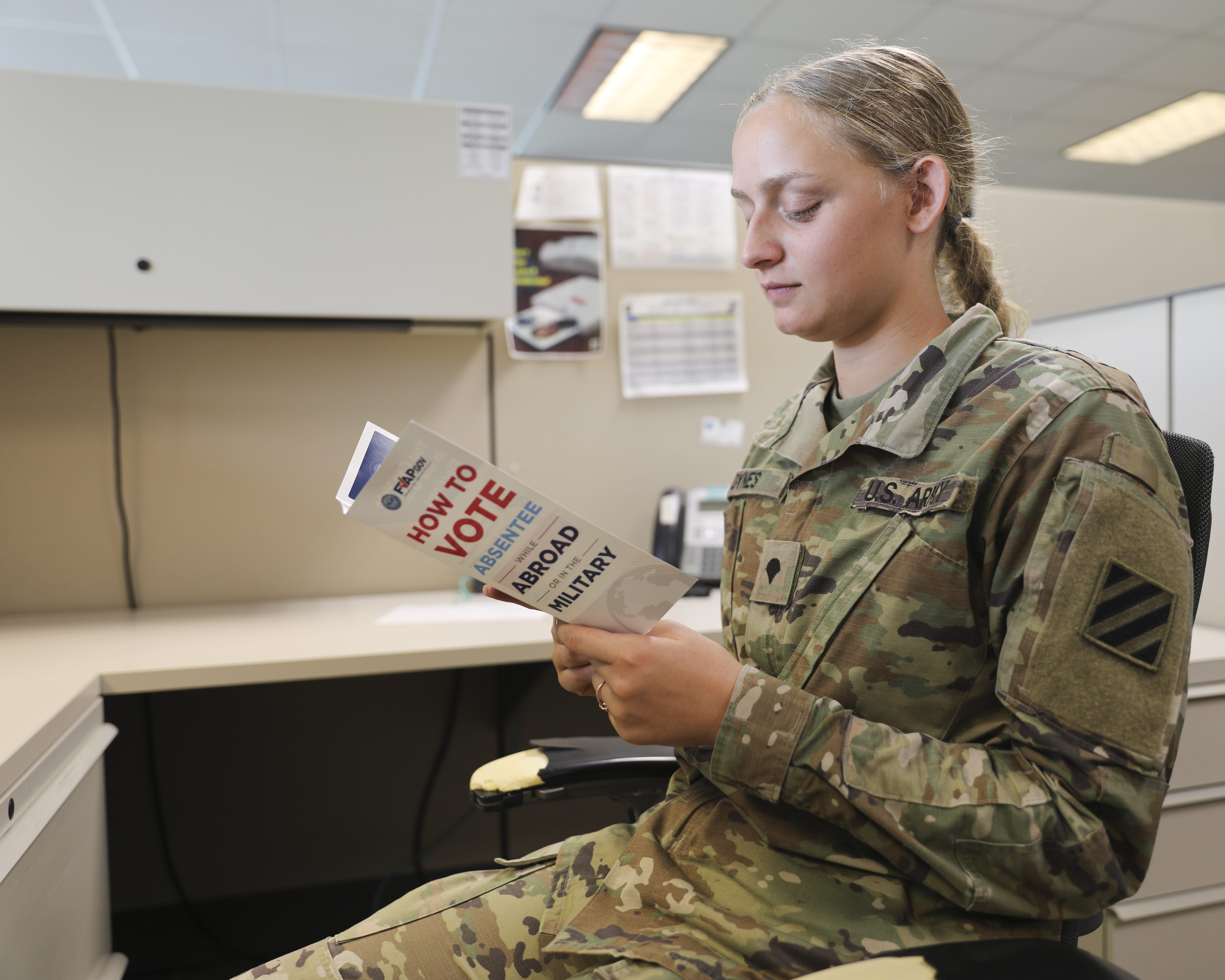 A veterans-led coalition launched a national campaign Tuesday to recruit 100,000 veterans and military family members to sign up as election poll workers in their communities.

The Vet The Vote coalition’s campaign is intended to help address a “critical” shortage of poll workers across the country ahead of the fall 2022 national and local elections, according to organizers. Shortages have prompted some states and counties to shutter polling sites due to lack of staffing. In 2020, Wisconsin’s and New Jersey’s governors ordered the activation of their state national guard members.

“Election boards across the country have struggled to recruit enough volunteers to efficiently and effectively run elections. America needs to recruit more than one million volunteers annually to administer election polling sites,” the coalition said in a news release announcing the nonpartisan, pro-democracy effort organized by We the Veterans. “We believe our community is up to the task and ideally positioned to help solve this national shortage of poll workers,” it added.

Organizers say they hope to encourage some of the more than 17 million military veterans, along with millions more military family members, to sign up and help at the polls.

“We think it’s a great way for the veteran to connect with their community,” Joe Plenzler, retired Marine officer, combat veteran and board member of We the Veterans Society for American Democracy, told USNI News. “It supports democracy, down to the deckplates, below the level of politics.”

“Whatever we can do, we’re going to try to help,” Plenzler said. “It’s part of being a citizen-soldier,” he added.

The group set up a website – https://vetthe.vote/ – where veterans and family members can sign up to be a poll worker. The job is typically one paid hourly or by stipend, depending on the jurisdiction, although in some places, workers may be unpaid volunteers. The online application process is done through a web-enabled infrastructure developed by the nonpartisan Power the Polls, a coalition partner.

“America is facing a looming poll worker crisis for the 2022 midterms. We must act on this challenge now or risk a vicious cycle of decreasing confidence in our democracy,” We the Veterans said on its website. “There are more than 17 million veterans and millions of military family members committed to serving the country who can help break that cycle. We the Veterans is working with veteran and military family service organizations and other partners to mobilize our community.”

National elections are decentralized, with each state’s election offices having their system and processes to run polling stations responsible for local and national elections, according to the U.S. Election Assistance Commission. But many states and communities have reported having too few people applying to staff polling places, particularly amid the COVID-19 pandemic and continuing into the upcoming midterm elections this fall. Increasing reports of intimidation and threats against poll workers are believed to be dampening interest from people to commit their time to help support elections.

“What we know is that veterans and our community are really well-dispersed across the country, and we are hoping that by doing a national push, we can engage as many veterans as possible,” said Ellen Gustafson, a Navy spouse and cofounder of We the Veterans, Military.com reported. “But then if we do need to get more local in terms of areas where the need is exceptionally great, we hope that through incredible partner organizations, we can target some of those communities.”