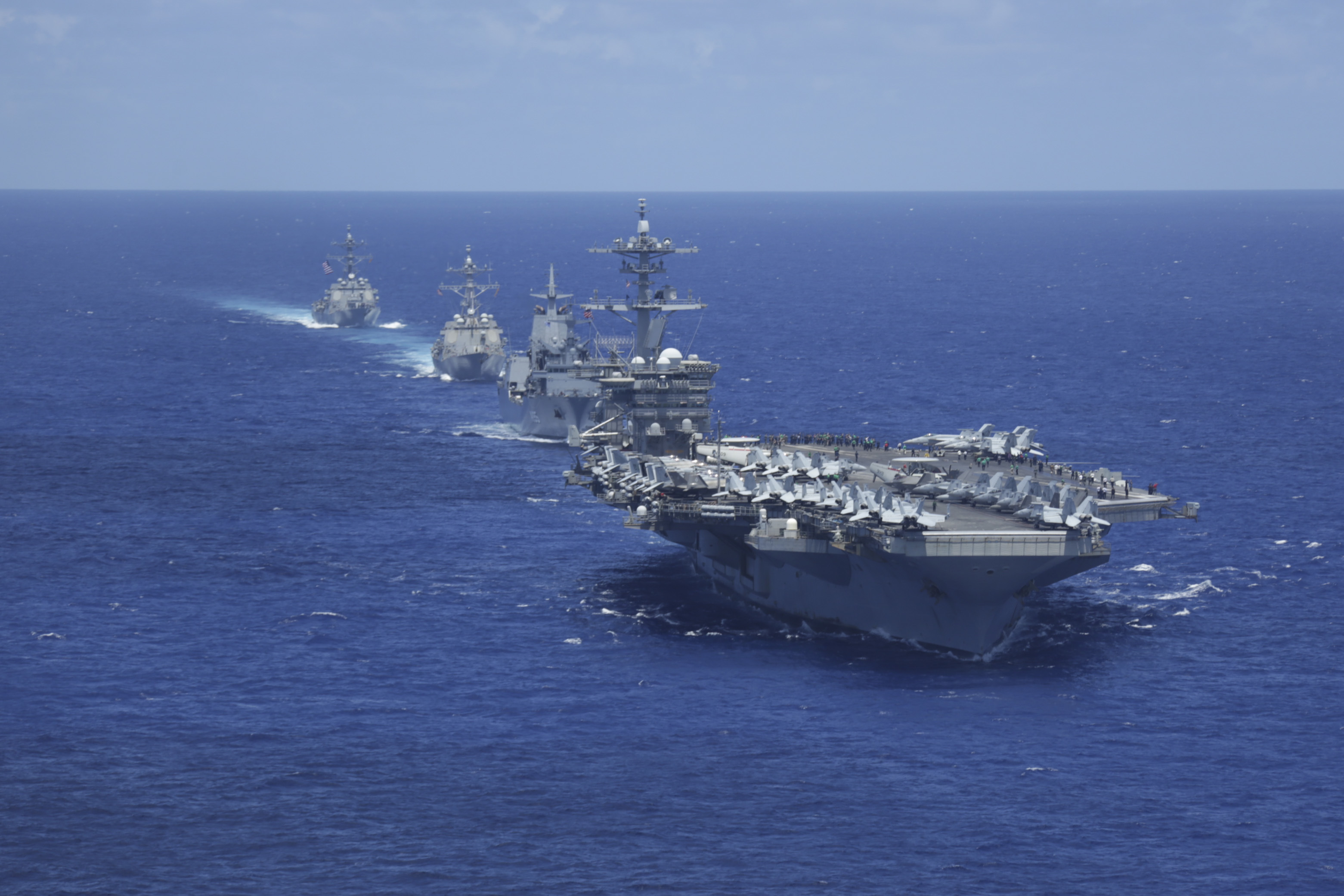 USS Abraham Lincoln (CVN-72) will participate in the biennial Rim of the Pacific exercise this summer near Hawaii, USNI News understands.
As of Monday, the carrier was operating in the U.S. 3rd Fleet area of responsibility, according to the June 27 USNI News Fleet and Marine Tracker.

Last week, the carrier was sailing toward Hawaii with its escorts and ships from the Royal Australian Navy and the Japan Maritime Self-Defense Force (JMSDF), according to Defense Department photos.

Rim of the Pacific, or RIMPAC, is slated to begin June 29 and continue for about five weeks, according to a May Navy news release about the exercise.

“Twenty-six nations, 38 surface ships, four submarines, nine national land forces, more than 170 aircraft and approximately 25,000 personnel will participate in the biennial Rim of the Pacific (RIMPAC) exercise scheduled June 29 to Aug. 4, in and around the Hawaiian Islands and Southern California,” the service said in the release.

Lincoln has been operating in the Indo-Pacific since January, when it left for its deployment with the first Marine Corps F-35C Lightning II Joint Strike Fighter squadron to deploy aboard an aircraft carrier. There are a total of 10 F-35Cs in the “Black Knights” of U.S. Marine Fighter Attack Squadron (VMFA) 314 from Marine Corps Air Station Miramar, Calif.

Meanwhile, several Japanese ships left this month for the annual Indo-Pacific Deployment 2022. Participating ships include Izumo, Takanami, destroyer JS Kirisame (DD-104) and an unnamed submarine, USNI News previously reported. A news release from the Japanese Ministry of Defense announcing the deployment says its units will participate in RIMPAC. The deployment is slated to continue through the end of October.