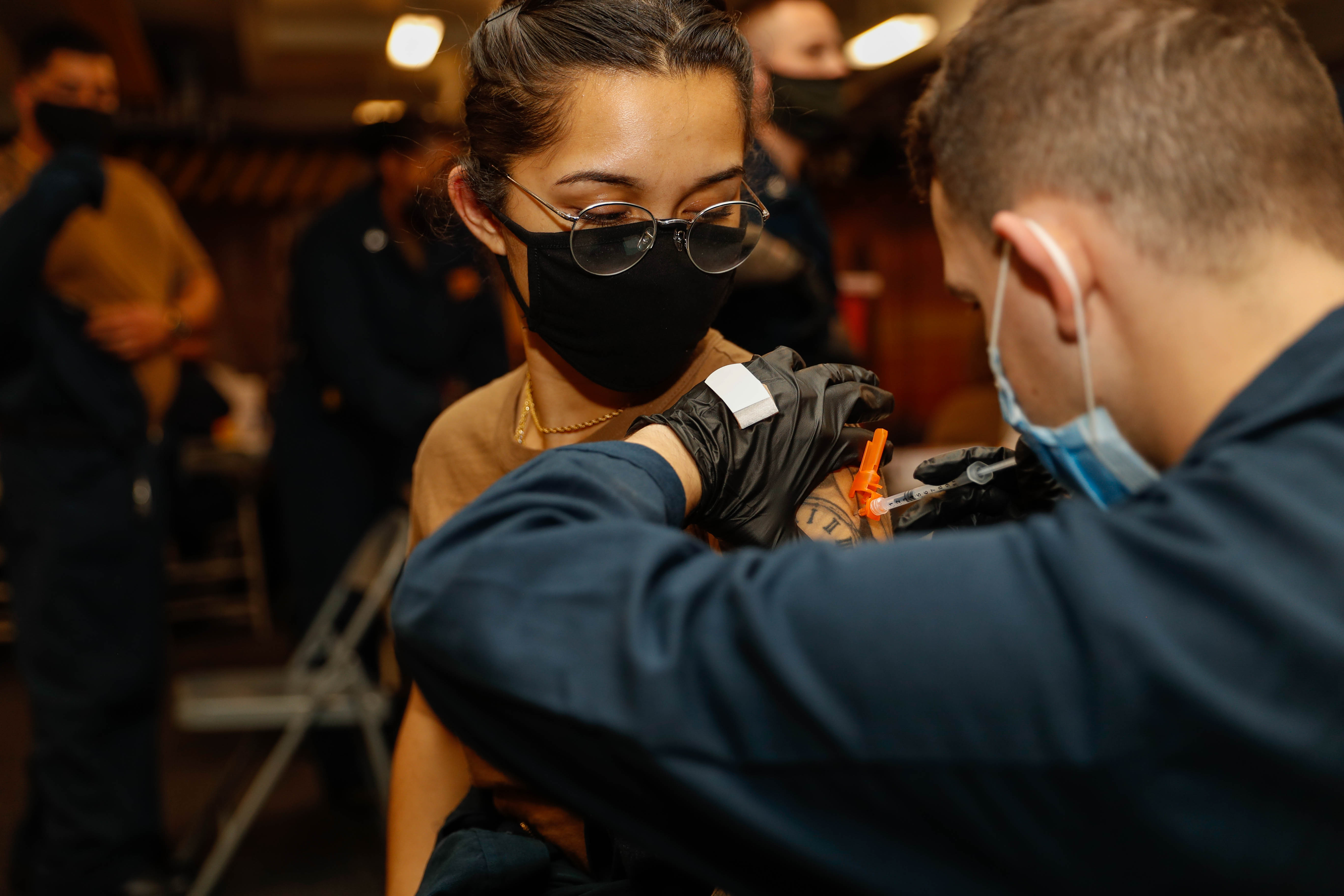 Seaman Apprentice Johnnese Poomaihealani, from Waianae, Hawaii, receives a COVID-19 vaccine booster shot during a shot event in the foc’sle aboard USS Abraham Lincoln (CVN-72) on Jan. 3, 2022. US Navy Photo

The Navy will move to monthly reporting of COVID-19 vaccine separations, the sea service announced in its now formerly weekly update.

The move comes after two weeks of active-duty separations in the single digits. Over the past two weeks, the Navy separated two active-duty sailors and 25 reservists, according to the update.

The latest separations bring the total to 998 active-duty and 209 reservists.

There are 3,371 active-duty sailors and 3,448 reservists who are not fully vaccinated, as mandated by the Department of Defense. This includes sailors with granted or pending exemptions as well as those who have submitted a religious accommodation request.

The Navy cannot currently separate anyone who submitted a religious exemption against the COVID-19 vaccine due to a legal ruling in the Fifth Circuit.

The lack of approved religious exemptions was debated in the House Armed Services Committee Wednesday as congressional members went through the proposed National Defense Authorization Act.

The Navy has approved 45 active-duty requests for religious exemptions, although it is unclear how many of the exemptions were for people who planned to retire or leave the service instead of getting vaccinated.

Among the amendments proposed before HASC was one extending the honorable or general discharge characterization for separations. HASC approved the amendment.

Natural immunity as an alternative has been used in multiple lawsuits against the military branches, including the Navy. It was cited in the case brought against the Navy by Navy SEALs and by a commanding officer who is unvaccinated.

This was also the reasoning given in a recent board case for Lt. Bill Moseley, whose lawyer wrote in a statement that the Navy found that the two versions were different and that Moseley was only offered the EUA version.

The Navy could not comment on the specifics of the board, but did confirm that Moseley was retained by the Navy.