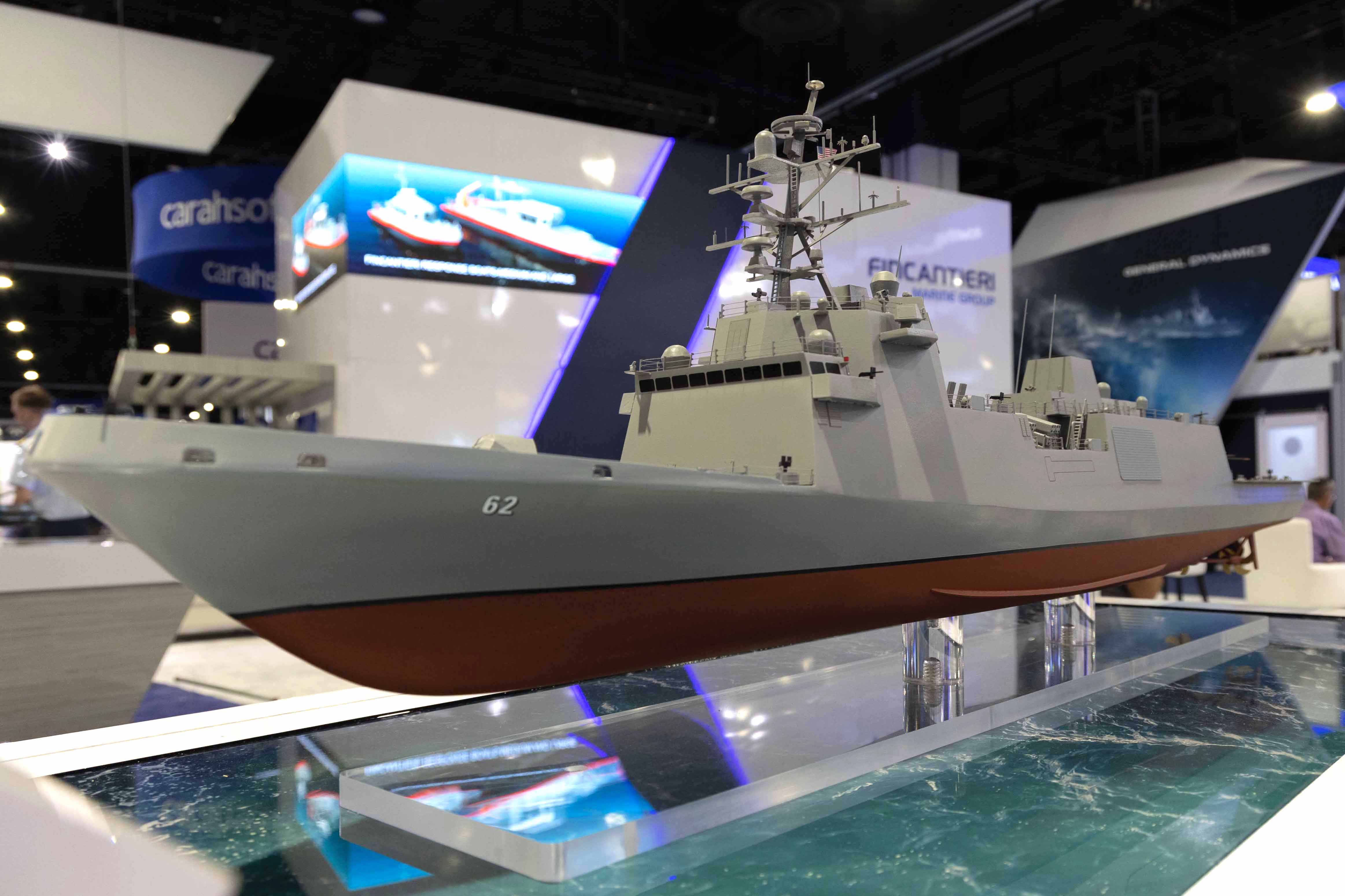 This post has been updated to correct the budgeted cost of the first in class frigate and with an additional statement from Naval Sea Systems Command.

The Navy has awarded a $537 million contract option to shipbuilder Fincantieri Marinette Marine for the third Constellation-class frigate, according to a Thursday Pentagon announcement.

The contract modification for the detail design and construction of Chesapeake (FFG-64) follows Constellation (FFG-62), awarded in 2020, and Congress (FFG-63), awarded in 2021.

Combined with government-furnished equipment, the first ship’s total cost will be about $1.3 billion, according to Navy budget documents.

Marinette’s Wisconsin shipyard will build the 7,300-ton frigate, which is based on Fincantieri’s FREMM multi-mission design used by the French and Italian navies.

The award comes as ship designers Gibbs & Cox have finalized the approved design for the class that allows the shipyard to start fabrication of the first ship.

“USS Chesapeake is the third ship in the class and has been awarded to shipbuilder Fincantieri Marinette Marine (FMM) after a successful completion of the class Critical Design Review milestone,” reads a statement from Naval Sea Systems Command.
“The program also recently successfully completed the Critical Design Review milestone in May, and is proceeding to Production Readiness Review and start of production for the lead ship, USS Constellation.”

The frigate is set to be the Navy’s key anti-submarine warfare platform and a crucial node in the service’s emerging Distributed Maritime Operations concept, officials have told USNI News.

While the new Connies are based on an existing frigate design, the plans have gone through an extensive revision to accommodate new capabilities and meet the Navy’s survivability standards, service officials have told USNI News. That design work took longer than initially anticipated.

“While the [frigate] is based on a proven hull design and mature shipboard technologies, it remains a new class and the Navy and the shipbuilding industrial base have had past production challenges in managing costs, technical concurrency, design changes and schedule of lead ships of a class,” reads language from the FY 2022 appropriations law. “There is concern that prematurely adding a second [frigate] shipyard before the first shipyard has identified and corrected technical and production issues will inject unneeded risk and complexity into the program.”

The service was expected to buy two frigates a year starting in FY 2023, but alternate between one and two awards a year for a total of buying three every two years.

Over the next five years, the service anticipates buying seven of the FFGs for a total of ten if the Navy exercises all of the contract options, according to its FY 2023 budget submission.

In the latest budget submission, the service asked for one Connie for $1.2 billion.