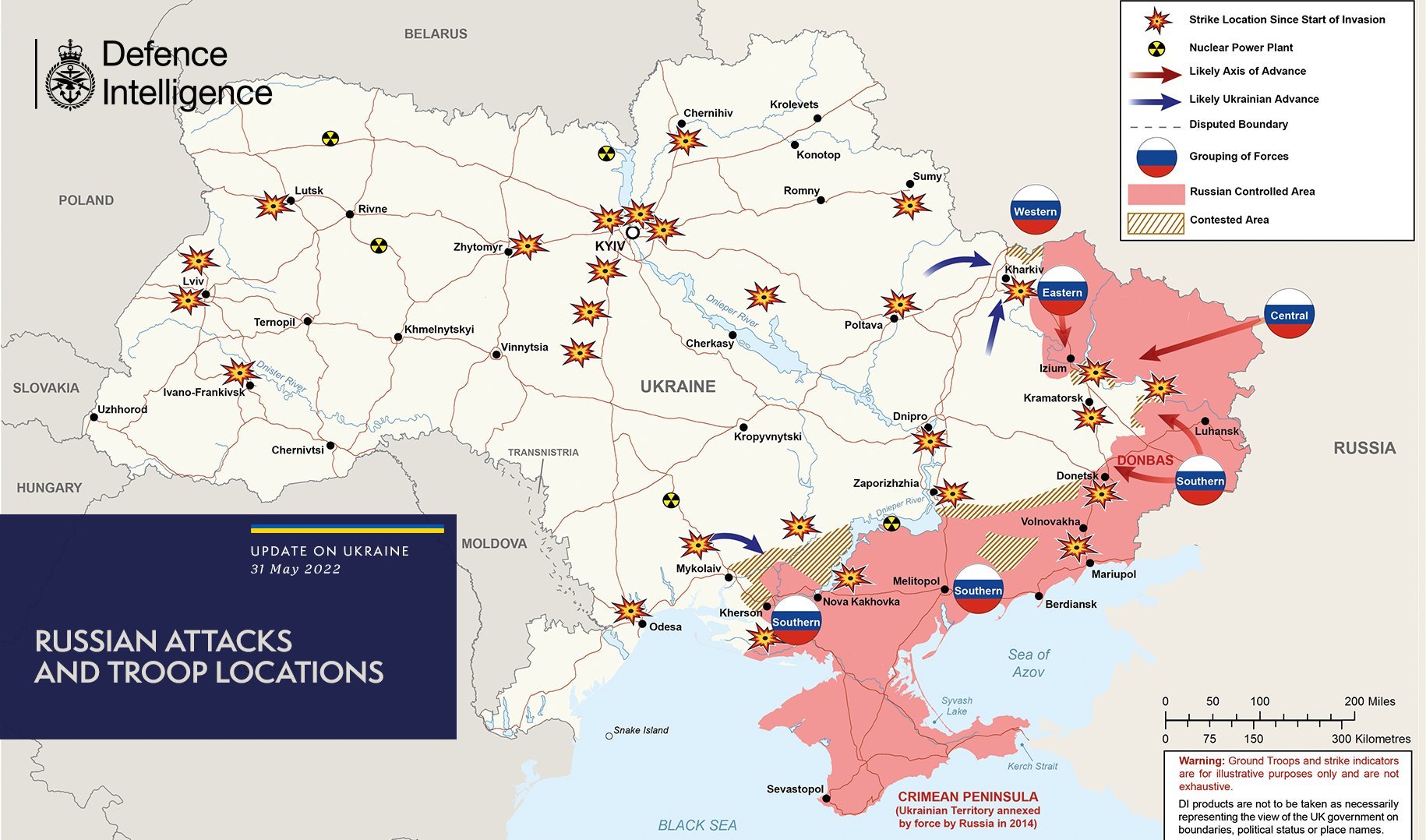 Ukrainian leaders will make “no deals” for peace that cede territory to Russia, as the nation is braced for a long war lasting into next winter, Ukraine’s United Nations ambassador said on Wednesday.

“It’s a matter of principle” not to accept new boundaries between Ukraine and Russia, Sergiy Kyslytsya said at an event at The Washington Post.

He called former Secretary of State Henry Kissinger’s suggestion that such a concession could lead to peace “drivel.” After losing 60 to 100 soldiers a day in combat and even more civilians in the war now entering its fourth month, Kyslytsya said it would be “totally impossible to make [the Ukrainian government and people] give up territory.”

While implying that the withdrawal of Russian forces included territories in eastern Ukraine, which the Kremlin recognized as independent states before any peace talks could begin, Kyslytsya indicated negotiations over Crimea would take longer. Russia seized the peninsula, which is the homeport of its Black Sea Fleet at Sevastapol, and backed separatists in the Donbas region in 2014.

Kyslytsya cited the country’s history in the 20th century of starvation under Soviet dictates and occupation by Nazi Germany and the Soviet Union in World War II. He added “Ukrainians are very resilient. … it’s in their DNA.”

When asked about the United States’ announcement that it’s sending four High Mobility Artillery Rocket Systems [HIMARS] to Ukraine, he said, “both sides are stalled” in fighting, particularly in the east. “We currently are in an artillery duel” and HIMARS can have “a very fundamental impact” in this phase of the fighting because of the weapons range and precision.

Colin Kahl, the Pentagon’s under secretary of defense for policy, told reporters Wednesday that the U.S. prepositioned the four HIMARS in Europe so it could quickly send the systems to Ukraine. Kahl declined to provide details on how many rockets the U.S. is providing, but said the Pentagon is prepared to “rapidly surge” more munitions to Ukraine if necessary. It will take about three weeks to train Ukrainian forces to use the system and several more weeks to teach them how to maintain the equipment, Kahl said.

The Kremlin condemned the shipment of HIMARS to Ukraine, saying it risks a wider conflict. But in Kyiv, President Volodymyr Zelensky pledged not to attack Russian territory. The U.S. is limiting the range of the systems to cut the risk of firing across the border. HIMARS typically has a range of about 45 miles, according to the U.S. Army. Kahl said the U.S. received assurance from Ukraine that it would only use HIMARS for defensive purposes, and not to strike inside Russia.

Kyslytsa said months before the Feb. 24 invasion, the Biden administration warned Europeans and the U.N. that attack was “imminent, imminent, imminent.” The United States and the United Kingdom were sounding the alarm that NATO and European Union members needed to be ready for a Russian invasion, but most other nations played down the threat.

They “were not even planning mid- or long-term … to help Ukraine” militarily, diplomatically or economically. He added that many European leaders, even if they recognized an invasion was near, “expected collapse” of Ukrainian armed forces in three or four days.

HIMARS is as essential “as economic pressure and trade embargoes” in defending Ukraine’s sovereignty, he said. Although both are in place, Kyslytsa said “everybody who buys Russian goods and services are financing the war.”

The weak link in the embargoes is European energy dependence on Moscow.

He pointed to Spain spending $1 billion to buy Russia gas and oil.

Looking at other European countries that haven’t suspended energy purchases from Moscow, he said their leaders lacked “guts” and were following an “irresponsible policy.”

“Their duty is to explain to their constituents [the necessity] to liberate” their countries from being dependent on a nation like Russia, he said.