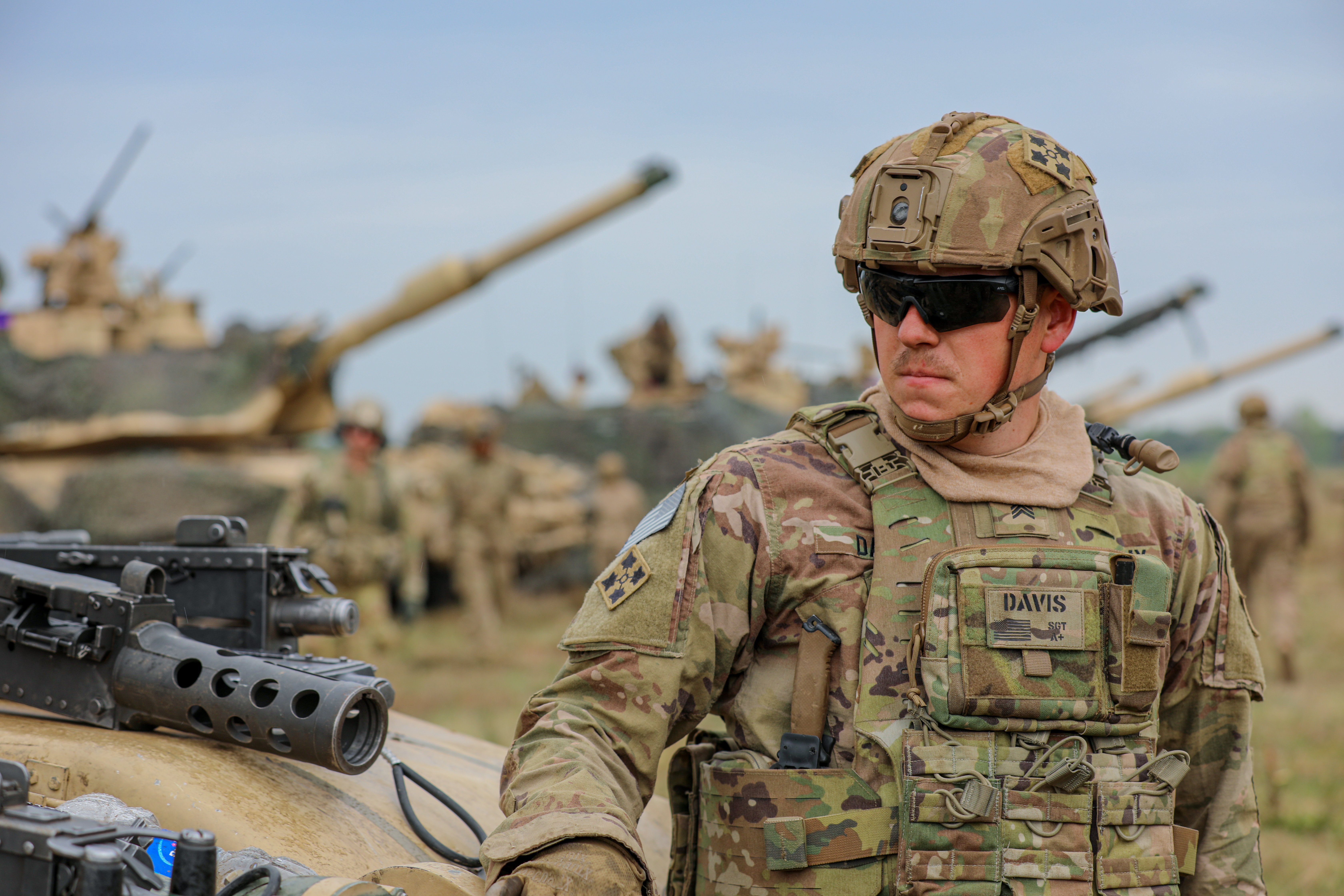 NATO and the West must be “in the fight for the long haul” economically, diplomatically and militarily in supporting Ukraine against Russian aggression, Poland’s prime minister said Tuesday.

Although drawing the line at direct military confrontation, Mateusz Morawiecki, in prepared remarks delivered by a Polish chancellery official at the Atlantic Council, said, “it’s up to us to win the battle” of protecting Ukrainian sovereignty and blunting possible Kremlin moves against alliance members.

“Ukraine is fighting this war not only for its security but ours.” He said the Feb. 24 invasion “turns out to be a wake-up call” to all of Europe about President Vladimir Putin’s ambitions in eastern and central Europe.

In response to the invasion, the prime minister added, “we, the Europeans, have to step up our defense spending.”

Poland already meets the NATO threshold of spending 2 percent of its gross domestic product on security. In light of the war in Ukraine, Warsaw intends to raise that percentage in coming years.

Morawiecki praised the United States for its “stepped-up presence” on NATO’s eastern flank to signal to Russia that the alliance is serious about defense.

“We are being tested, and Poland is under threat,” he said when explaining the reasoning behind the U.S. troop levels there.

Former ambassador to Poland, Daniel Fried, said, “we don’t know who will win” in Ukraine, but the Ukrainians “have a reasonable chance of success.” He said the West has to keep the pressure on Moscow. “We can’t screw this up.”

Brzezinski added that the movement of so many U.S. forces and so much equipment eastward from the U.S. and other bases in Europe “allow[s] NATO to stand firm.” He said the American build-up and similar moves by the United Kingdom further underscore Washington’s and London’s commitment to the alliance.

“Sanctions will not stop Russia today,” Katarzyna Pisarska, chair of the Warsaw Security Forum, added. “But we need more of them” to weaken Putin, his coterie and the nation’s economy over time.

Europeans also need to become more energy independent from Moscow to cripple Putin’s ability to wage war by cutting off revenues from his largest source of foreign revenue, said Georgette Mossbacher, who also served as an ambassador to Poland. By building liquified natural gas terminals and exploring nuclear energy, Mossbacher said Warsaw took these steps when Moscow seized Crimea from Ukraine in 2014.

Foreign energy sales provided revenue for 36 percent of Russia’s released 2022 budget, according to a Reuters report from earlier this year.

Pisarska said the Russian leader has been steering his country into “self-isolation” since 2008 to consolidate power. A large part of self-isolation is playing out in domestic propaganda to build support for the regime’s war, which it calls a “special military operation,” and in other propaganda denigrating Ukraine, Poland and other eastern and central European nations as ruled by Nazis. The unrelenting stream of stories and postings on these points also makes the Russian audience more accepting of crimes and atrocities committed by its soldiers, she added.

For years, the Russian public has been fed a steady diet that “mass genocide has been carried out in Donbas” by the Ukrainians. Days before the invasion, Putin recognized two provinces in Donbas, where there are large numbers of Russian speakers, as independent of Kyiv. Separatists in the two provinces, backed by the Kremlin, have been engaged in a civil war with the Ukraine government for eight years.

The secretary general of the United Nations said Russia’s claim violated Ukraine’s sovereignty and integrity as a nation.

When the disinformation and propaganda turn outward, Pisarska said it plays on nationalist feelings that oppose allowing more Ukrainian refugees to enter Poland and other NATO and European Union countries.

“You see that in the comment lines” on social media, and this digital campaign “never stops,” despite constant monitoring by social media firms, said Marta Poslad, director of central and eastern European public policy for Google. “The technology is constantly changing,” and that makes removing hated-filled disinformation even more difficult, she added.

Despite the Russian propaganda aimed at Poland’s nationalists, Brzezinski called Warsaw “a humanitarian superpower.” He cited citizens driving to the border to greet and help refugees and others opening their doors to house them as examples of how ordinary Poles have responded to the invasion. Rafal Trzaskowski, Warsaw’s mayor, estimated that the Polish capital was now housing 300,000 Ukrainian refugees.