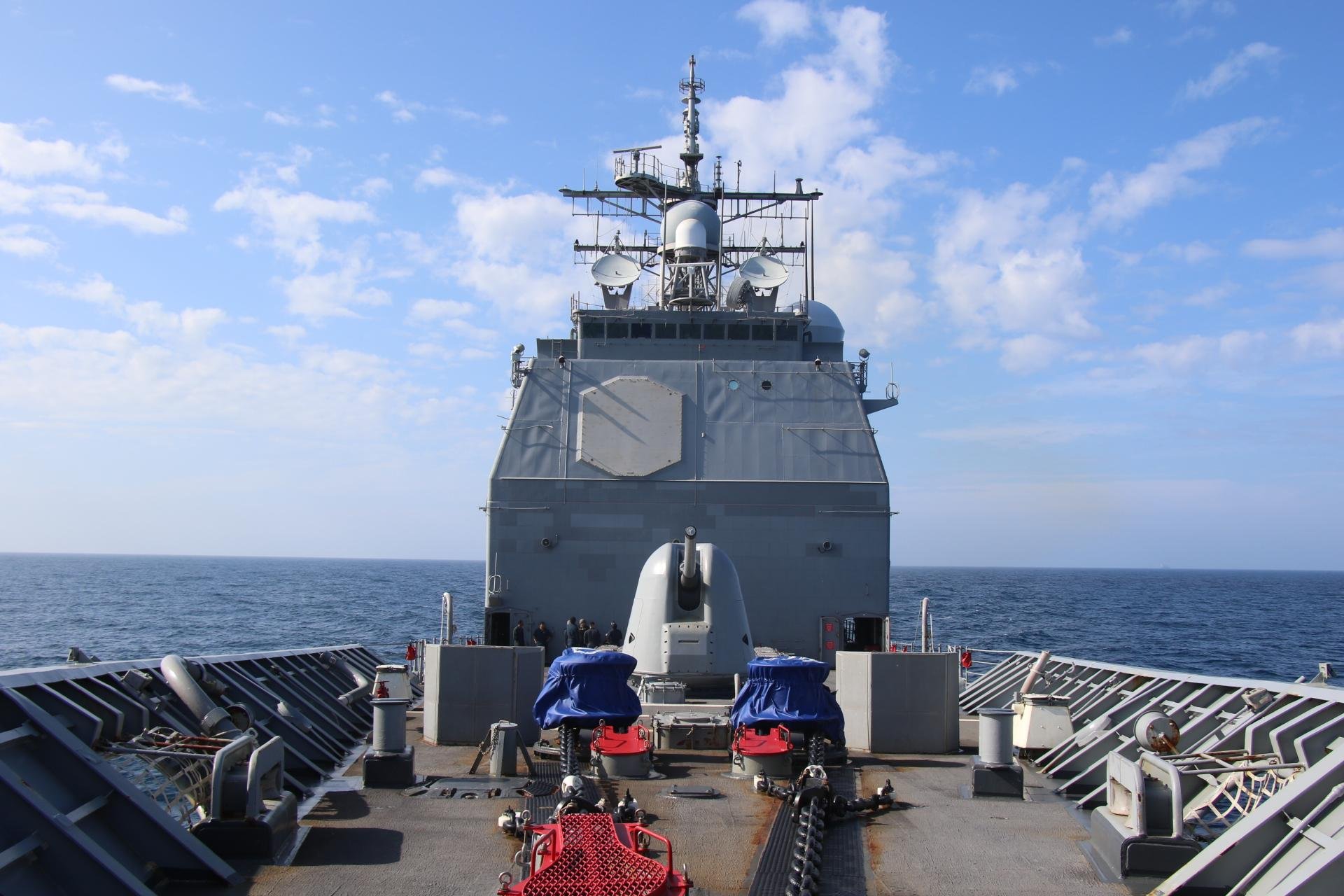 This story has been updated to include comments from Pentagon Press Secretary John Kirby.

Port Royal, homeported in Hawaii, conducted a routine transit through the Taiwan Strait, according to a 7th Fleet release. The cruiser, one of the Ticonderoga-class slated to exit the fleet in five years, went through a corridor in the strait that is not part of territorial sea of a coastal state, according to the release.

The strait transit was done in accordance with international law.

“Port Royal‘s transit through the Taiwan Strait demonstrates the United States’ commitment to a free and open Indo-Pacific,” according to the release. “The United States military flies, sails, and operates anywhere international law allows.”

This is the second Taiwan Strait transit completed by a U.S. naval ship in the past two weeks. USS Sampson (DDG-102) went through the strait on April 26, USNI News previously reported.

The strait transit in April was also a routine operation, according to the 7th Fleet release for Sampson.

It is not atypical for the U.S. Navy to conduct transits through the Taiwan Strait, said Pentagon Press Secretary John Kirby during a Tuesday press briefing. Doing two in two weeks is not necessarily a sign of the U.S. stepping up maritime activities near China, he said.

“It demonstrates our commitment to a free and open Indo-Pacific,” Kirby said. “I want to stress again, we will continue to fly, sail and operate … anywhere where international law applies, and that’s what this was about. This was the application of international law and our right to operate inside that law.”

China, which has previously raised concerns about U.S. naval ships transitioning the straits did not immediately comment on Port Royal‘s passage through the strait. It did raise issue with Sampson‘s transit, Stars and Stripes reported.

China recently conducted exercises near Taiwan, from May 6 to 8, according to China Military, the English-language paper of the Chinese military.