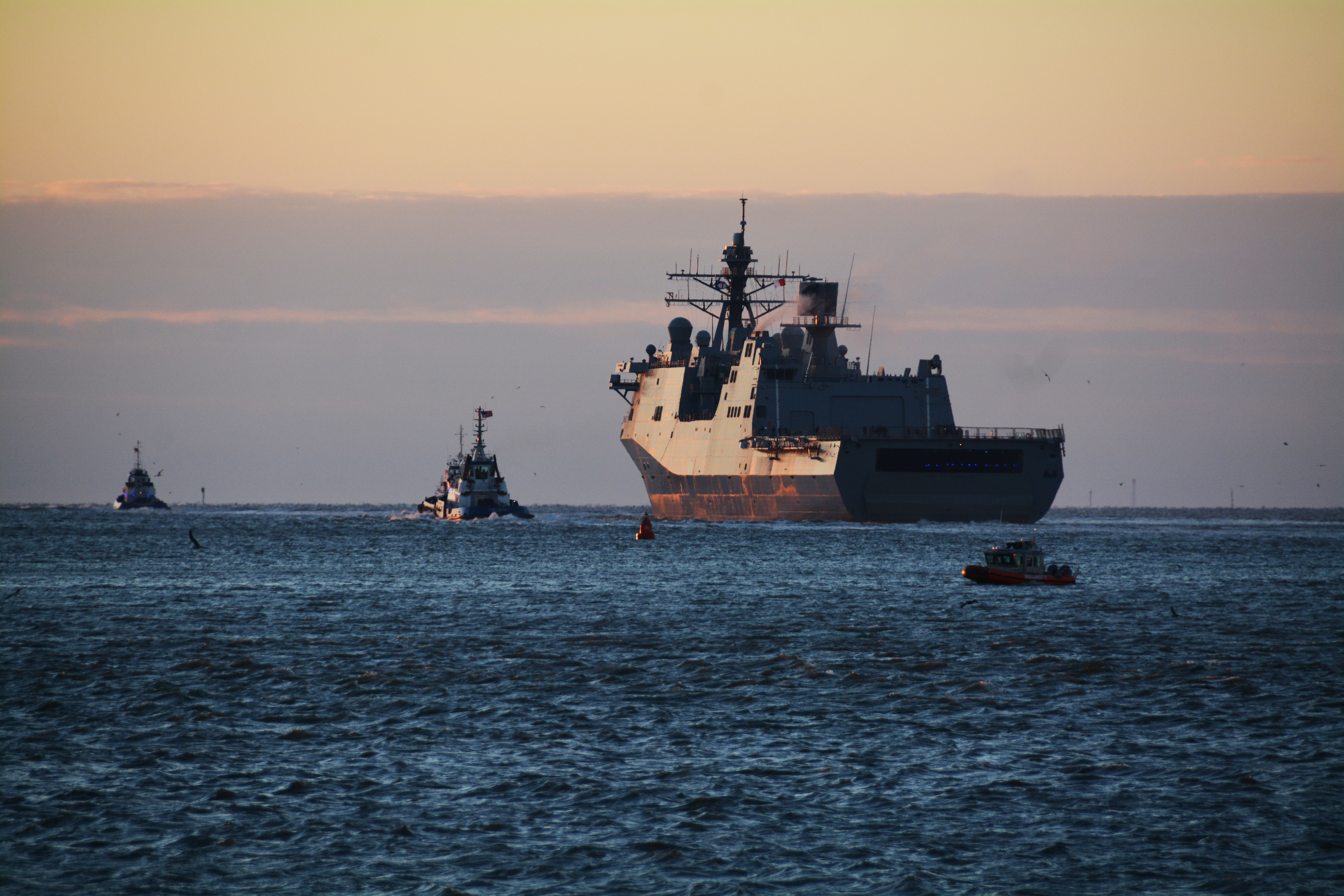 Two members in Congress have heard the Marines’ call for more amphibious warships and issued a House bill that would cement their level at 31, according to language reviewed by USNI News.

Put forth by House Armed Services seapower and projection forces subcommittee chair Rep. Joe Courtney (D-Conn.) and ranking member Rep. Rob Wittman (R-Va.), the bill pushes back against the Navy’s budget request that would end the San Antonio-class amphibious warship line and bring the total number of amphibs down to 25.

“The amphibious warfare ship force structure of the Navy must be maintained at 31, composed of 10 amphibious assault ships general-purpose and multi-purpose, and 21 amphibious transport dock types, in order to meet global commitments,” reads the bill.

The debate over the number of amphibious ships follows the continued refinement of the Marines’ Force Design 2030, which has changed how the service would fight in the future on a distributed battlefield against a sophisticated adversary. The service is adding Marine Littoral Regiments that would hop from island to island, creating ad hoc sensor nodes and targeting maritime nodes with the smaller Light Amphibious Warships. But the Marine Corps has said it would also keep traditional Marine roles that require the larger ships.

“Since 2019, four Department of the Navy studies, including the ongoing Amphibious Force Requirement Study (AFRS) sponsored by the Secretary of the Navy, have examined amphibious ship force structure requirements. With slight variations, each found that an inventory of between 31 [to] 28 L-class ships and up to 35 LAW are necessary for naval forces to sustain consistent forward-deployed campaigning objectives and reliably react to unforeseen contingencies,” Berger wrote in the letter, which was reviewed by USNI News.
“However, combining these findings with readiness trends over the past 10 years and projected ship availability rates demonstrates the need for no less than 31 traditional L-class ships to ensure the warfighting readiness and responsiveness of amphibious naval forces.”

The latest long-range shipbuilding plan calls for dropping the total to 25 within the next five years. Additionally, the Navy is set to sundown the San Antonio-class amphibs, as outlined in the Fiscal Year 2023 budget submission.

“The funding profile in the President’s budget submission essentially cancels the LPD program following the procurement of LPD-32 in FY23, a program originally planned to procure through LPD-42,” Lt. Gen. Karsten Heckl, the deputy commandant for combat development and integration, told USNI News in April.

Following the introduction of the 2016 Force Structure Assessment from the Navy, Congress passed a law requiring the service achieve a 355-ship fleet.