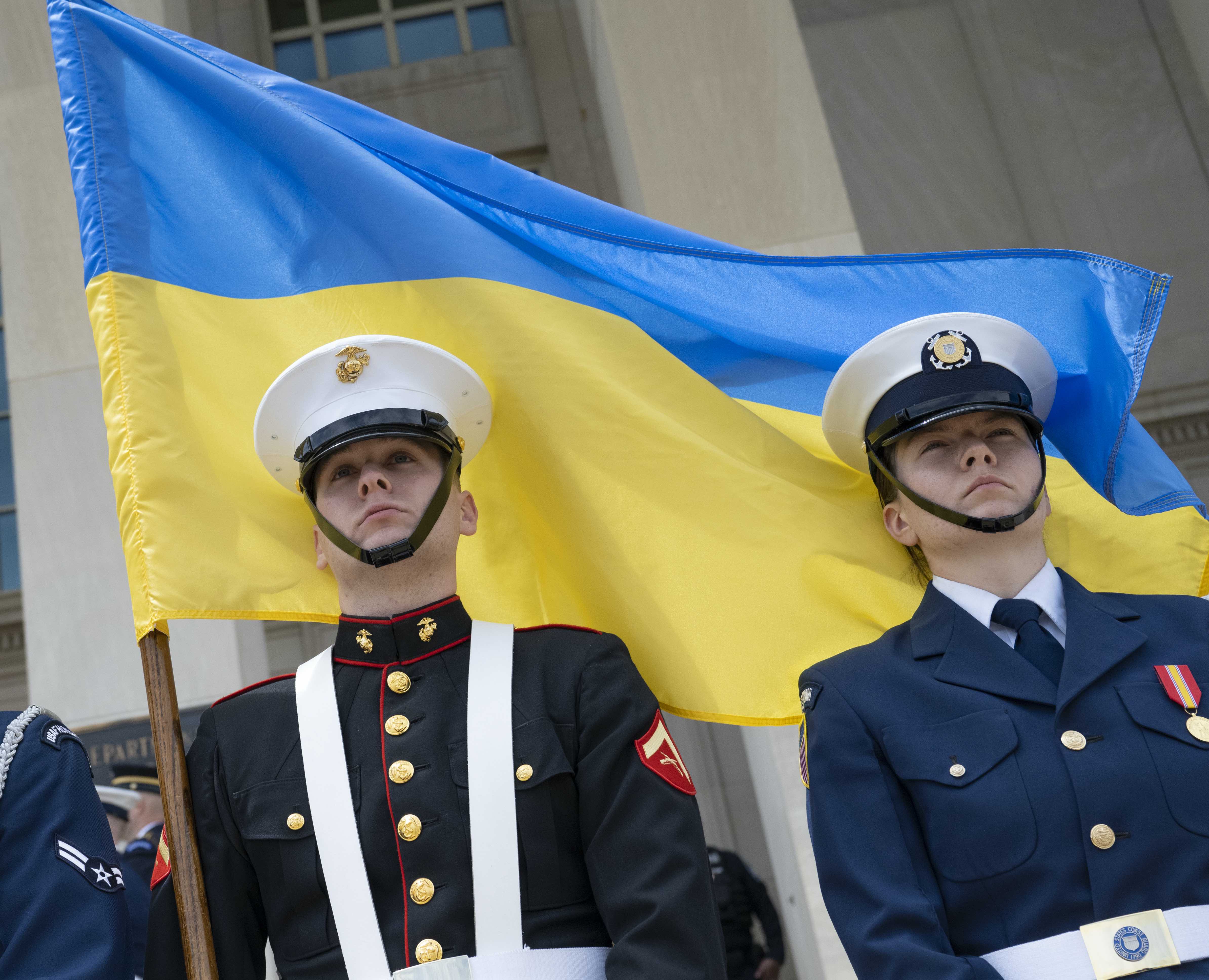 The Czech foreign minister’s three words of advice to the Biden administration are to send “weapons, weapons, weapons” to Ukraine from American and western arsenals so Kyiv is not relying on leftover Soviet Union stockpiles.

“U.S. industry and [the American] Army play a key role” in “weakening Russia” and setting the stage for Ukraine victory in the war now entering its third month, Jan Lipavsky said Tuesday at an online Atlantic Council forum.

Ukrainian armed forces have proven they can effectively “use highly efficient drones … to help artillery” destroy Russian targets and also use anti-air systems, including Stinger missiles, to prevent Russian dominance of the skies, Lipavsky said. He added that training times for proficiency could be reduced under the pressures of combat.

On the PBS NewsHour Monday, Lipavsky admitted that “there may be issues” with Soviet-era equipment shipped from the Czech Republic and Poland to Ukraine. To correct the problems, he said Prague “is helping with repair work” so the armor can be fielded quickly, as Moscow shifts its forces eastward.

“Honestly, I think our [NATO’s and the European Union’s] policy decisions were right” to come to Ukraine’s side with weapons and economic assistance, including humanitarian aid, Lipavsky said at the online forum. The United States’ and the United Kingdom’s decisions in the late fall and early winter to ship weapons before the Feb. 24 invasion staved off a quick Russian victory in the ground war, he said.

Asked whether Defense Secretary Lloyd Austin went too far when he said it was the U.S.’s intention to weaken Russia and provide for a Ukrainian victory, Lipavsky said, “I’m very happy for those words.”

The House this week sent to President Joe Biden an updated version of the Lend-Lease Act to aid Ukraine for Fiscal Years 2022 and 2023, as the U.S. did with Great Britain in World War II. The bill also calls for the reduction of red tape concerning foreign arms sales and shipments to Ukraine. The Senate passed the measure earlier this month.

Speaking from the White House Thursday, Biden called on Congress to quickly pass an additional $33 billion supplemental aid request for Ukraine. About half of the request would cover arms costs to hold back Russian forces as they conduct new attacks in Ukraine’s east and south. In making the announcement, Biden said the $3.5 billion authority Congress granted last month to help Ukraine was almost exhausted.

In his remarks, Lipavsky said the reason to support Kyiv comes down to “the will of Ukraine for freedom, open society, for democracy, for values of freedom of speech. [Ukrainian president Volodymr] Zelensky was democratically elected, [Russian President Vladimir] Putin [was] not. That’s the difference.”

Lipavsky said at the Atlantic Council forum that “it’s a really dark time for Russian democratic forces,” as Putin has cracked down on all forms of opposition from public rallies, to forcing the closure of independent media to threatening jail time for anyone using the word “war,” instead of the phrase “special military operation” to describe the invasion.

Earlier at the forum, Lipavsky said “we all agree this is a brutal, barbaric war” of aggression.

Russia’s unprovoked attack has shown the value of NATO and European Union memberships to Czechs, he said. With the invasion, Finland and Sweden “don’t trust neutrality” as a means to protect their sovereignty.

The Western reaction to the attack also has “proven we have reflexes” to recognize phony crises that Putin tried to create between Belarus and Poland over immigration to justify the invasion.

While economically “Putin’s Russia [is] crumbling in on itself” from the pressure of severe sanctions and the high cost of continued fighting, “China is a systemic rival” that nations in NATO and the E.U. must take into account in imposing its version of international order.

Lipavsky said Prague’s trade with Russia is at a level comparable to its Belgian transactions, but with Beijing the economic stakes are much higher for manufactured goods and the supply chain. Despite this, he added, “we have a very good trade relationship with Taiwan.”