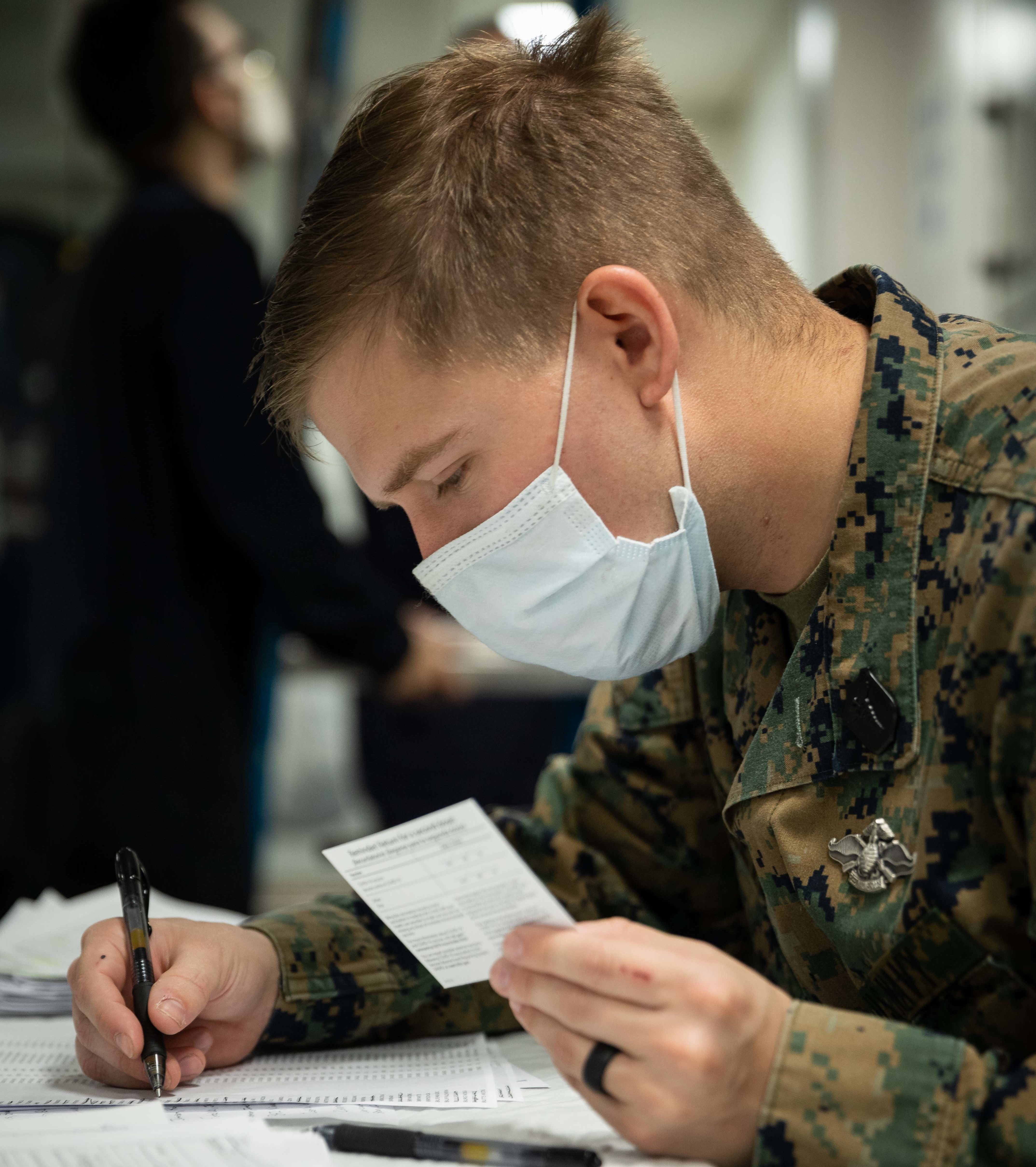 Approved Navy separations due to refusal to get vaccinated against COVID-19 rose to 815 over the past week.

Separations increased by 17, according to the Navy’s weekly COVID-19 update. Last week, the Navy reported its first decrease in separations, as a result of a class-action lawsuit that prevents the Navy from separating any sailors who submitted a religious exemption request.

The Navy numbers are approved separations, not necessarily the number of people who left the service, USNI News previously reported.

Of the total 815 approved separations, 761 are active-duty sailors and 32 are reservists, with 22 personnel within the first 180 days of service, said Lt. Rachel Maul, a spokesperson for the chief of Navy personnel.

The highest officer separated was a lieutenant commander, while the highest enlisted sailor was a chief petty officer, Maul said.

Of the reservists, 25 had less than six years of service, while 14 had more.

There are still 4,037 active-duty sailors who are not fully vaccinated against COVID-19, although this includes those with exemptions and those who submitted religious exemption requests.

The Navy received 3,370 requests for religious exemptions from active-duty sailors and 862 from reservists. Theoretically, all 4,232 sailors could have their separations halted under the class-action lawsuit, but the Navy has separated some sailors with denied religious exemption requests and others may have gotten vaccinated.