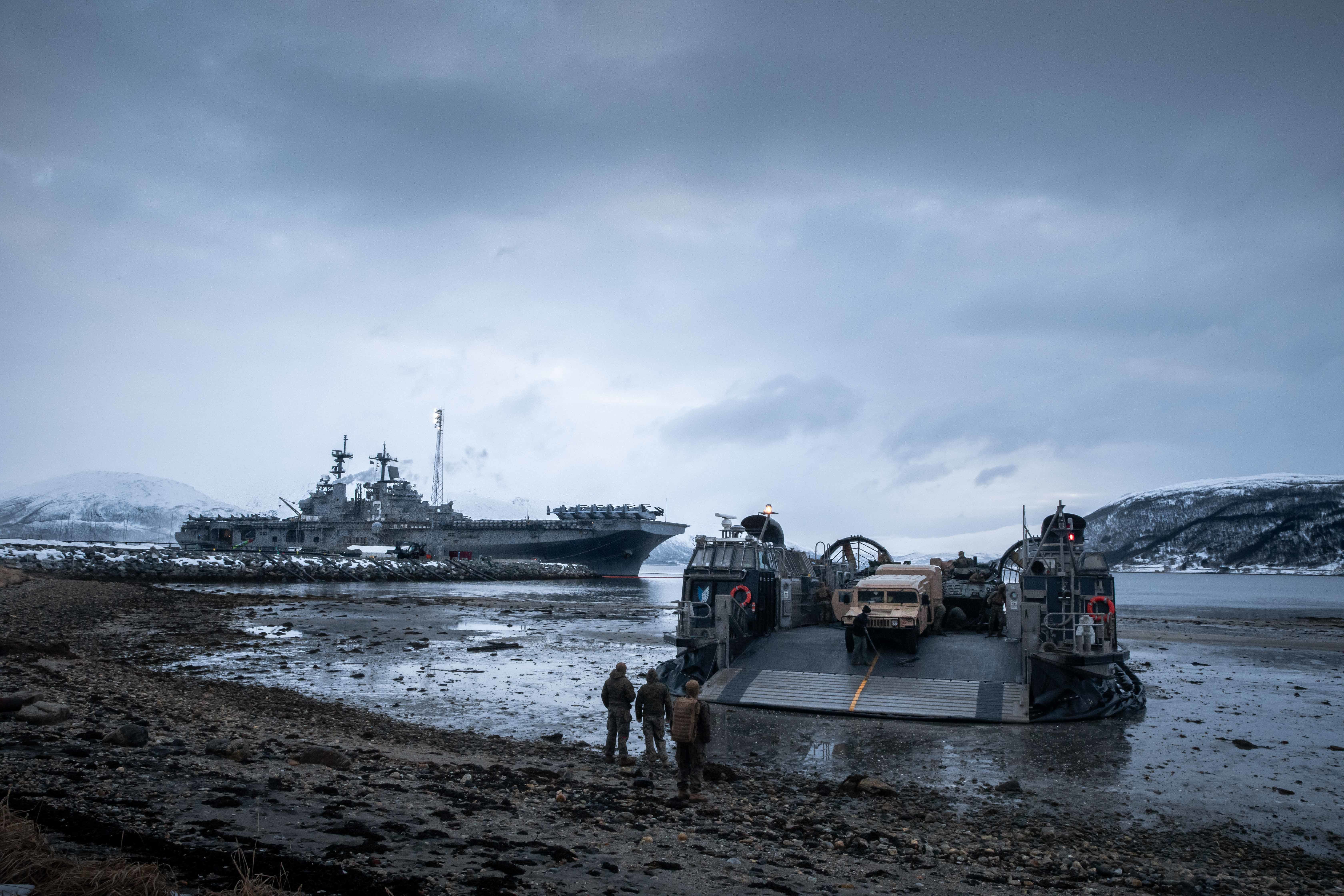 As Russia prepared to invade Ukraine, the head of U.S. European Command asked for a Marine Expeditionary Unit and Amphibious Ready Group to deploy early to Europe as a hedge against the conflict expanding.

Asked how important it is for the Marine Corps to receive advanced procurement funding for an amphibious warship the service recently billed as its top unfunded priority for the upcoming fiscal year, Heckl pointed to the recent scenario.

“Within force design is our ongoing requirement as a Marine Corps and by law to be the crisis response force for the nation. Without those LPDs, sir, and the other amphibious traditional L-class amphibious warships, we cannot be there. And we’re already struggling now. And the case and point was the 22nd Marine Expeditionary unit off the East Coast,” Heckl told Sen. Kevin Cramer (R-N.D.), the ranking member of the subcommittee.

According to Heckl, U.S. European Command chief Gen. Tod Wolters asked that the 22nd Marine Expeditionary Unit and the Kearsarge Amphibious Ready Group “sortie early to be on station as the Ukrainian situation evolved, or devolved. And we were not able to sortie the ship[s].”

“The way we’ve typically conducted heel-to-toe deployments, the MEU should have been on station and available for combatant commander tasking and it was not,” Heckl said.

The Navy currently has 31 active amphibious ships – which is the Marine Corps’ current requirement – in the fleet, according to the Naval Vessel Register. The total number of amphibious warships is set to drop to 24 by FY 2024, according to the long-range shipbuilding plan the Navy released last week.

The Navy’s proposal wants to end the LPD Flight 17 II line early, with the service buying LPD-32 as the last ship in FY 2023. But the Marine Corps put $250 million in advanced procurement funding for LPD-33 – a ship the Navy does not plan to buy – at the top of its annual wishlist to Congress.

Heckl told USNI News in an interview late last month that the plans to end the LPD line, in addition to the Navy’s push to retire four Whidbey Island-class dock landing ships in the FY 2023, would bring the amphibious ship inventory down to 25 ships in the next five years.

During Tuesday’s hearing, Jay Stefany, who is currently performing the duties of the assistant secretary of the Navy for research, development and acquisition, said the Navy’s amphibious ship requirements study just finished. The briefing process is ongoing, Stefany said, and the results will feed into the Navy’s new Force Structure Assessment that will pair with the new National Defense Strategy.