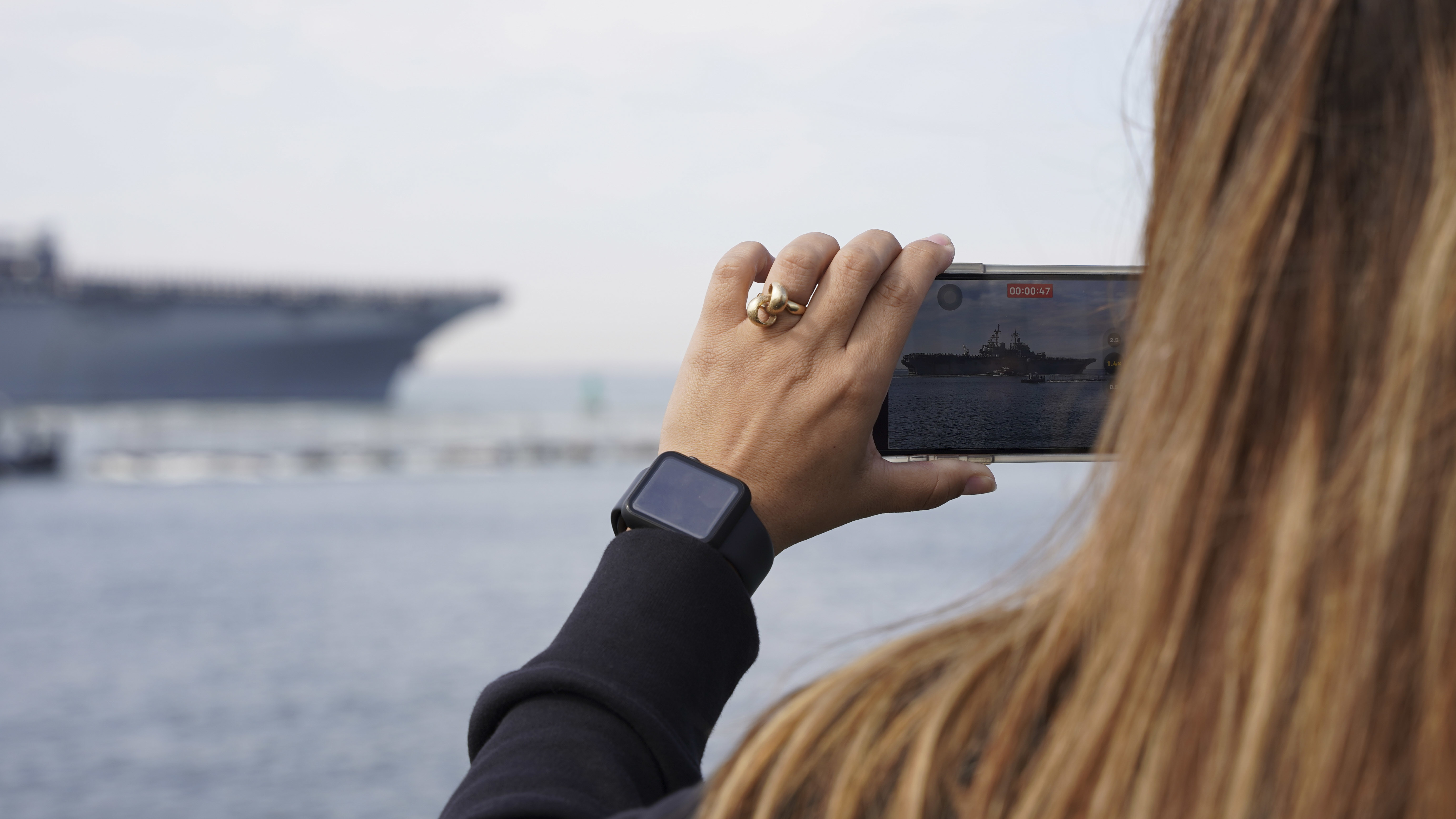 The ARG/MEU completed its COMPTUEX graduation exercise last month under NATO control in conjunction with a U.S. Coast Guard cutter – a first for the Navy and Marine Corps.

“During the course of a comprehensive six-month training program, the Kearsarge Amphibious Ready Group and the 22nd Marine Expeditionary Unit have built a closely integrated and well-trained naval expeditionary force,” 22nd MEU commander Col. Paul Merida said in a statement.

It’s unclear if the Kearsarge will be part of the ongoing NATO presence operations as the Russian invasion of Ukraine continues.

Since the late February invasion, the U.S. and NATO have massed naval power in the Baltic and Mediterranean Seas. About a dozen U.S. guided-missile cruisers and destroyers are operating in the region while the Harry S. Truman Carrier Strike Group has operated in the Adriatic and Ionian seas under NATO command.

The Kearsarge ARG and the 22nd MEU ended their last seven-month deployment primarily to Europe and the Middle East in 2019.

The Kearsarge ARG and the 22nd MEU are the first East Coast ARG/MEU to deploy since the return of the Iwo Jima ARG and 24th MEU in October.

Marines from the 1st Battalion, 8th Marines and Combat Logistics Battalion 24 deployed from the Iwo Jima ARG to Afghanistan in mid-August to help with the noncombatant evacuation operation.

Sgt. Nicole Gee of the Combat Logistics Battalion 24 with the 24th MEU was one of 13 Marines killed in a terror attack outside of the Hamad Karzai International Airport in Kabul.