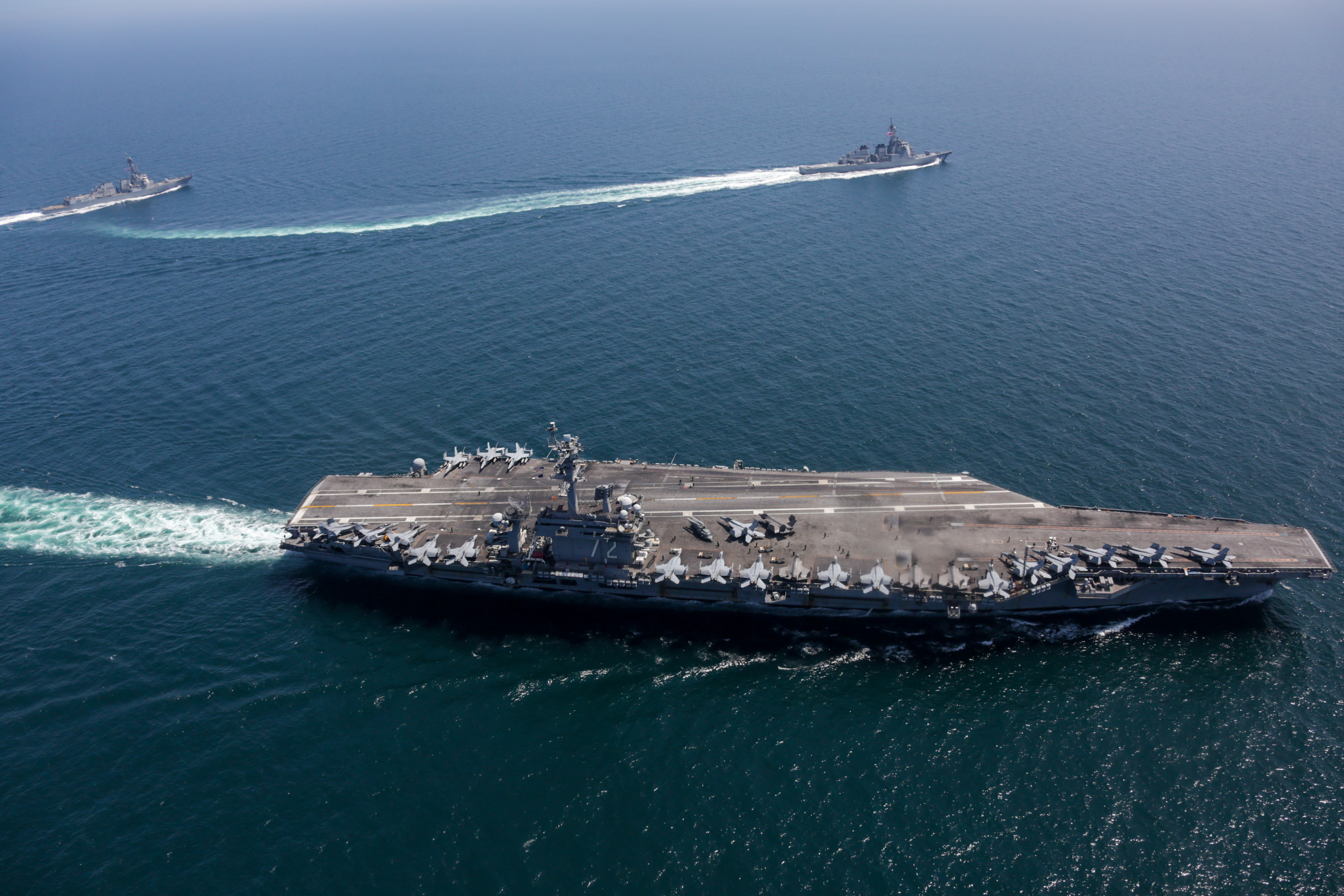 “During bilateral exercises between Abraham Lincoln CSG and JMSDF, the two navies strengthen all-domain awareness and maneuvers across a distributed maritime environment. Bilateral operations like this one reassure our allies and partners of the U.S. commitment to maintaining a free and open Indo-Pacific region,” U.S 7th Fleet said in a social media post.

The operations come ahead of several key North Korean anniversaries – like the 110th birthday of its late founding leader Kim Il-sung on April 15 and the founding anniversary of the North Korean People’s Revolutionary Army on April 25.

“We are worried that in connection with the upcoming anniversary, [North Korea] may be tempted to take another provocative action,” U.S. State Department special representative for North Korea Sung Kim said last week, according to The Guardian.
“I don’t want to speculate too much, but I think it could be another missile launch, it could be a nuclear test.”

New satellite photos indicate that Pyongyang could be preparing for nuclear testing ahead of the anniversaries, Nikkei Asia reported on Wednesday.

In 2017, the Navy sent three carriers – USS Ronald Reagan (CVN-76), USS Nimitz (CVN-68) and USS Theodore Roosevelt (CVN-71) – along with their escorts and air wings off the coast of Korea, USNI News reported at the time. Those drills coincided with a spate of North Korean ICBM tests during the same period.

Lincoln has been operating mostly in the Western Pacific since deploying from the West Coast in January.