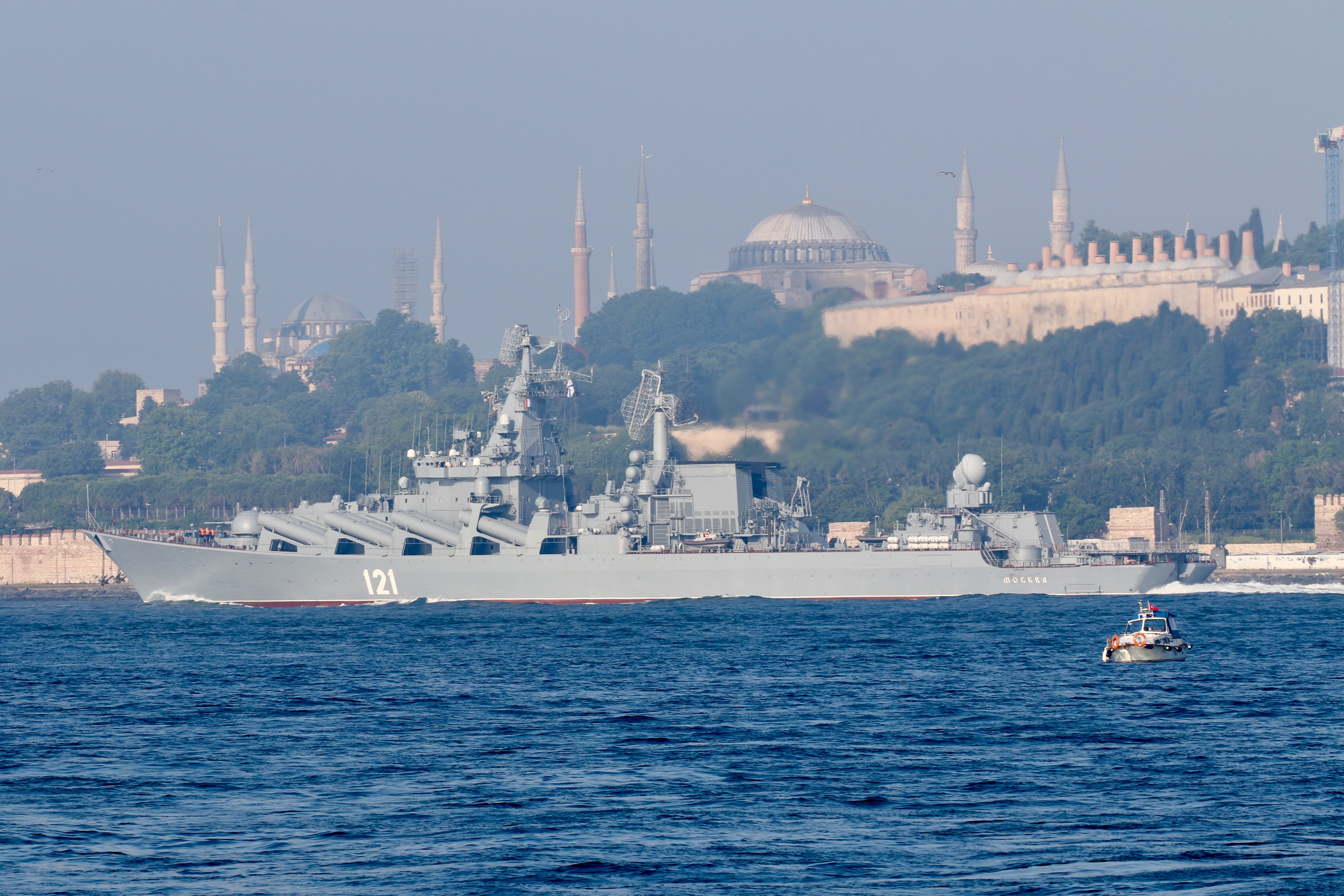 This story has been updated to include a report from Russian state media Moskva has sunk.

“During the towing of the Moskva cruiser to the port of destination, the ship lost its stability due to damage to the hull received during the fire from the detonation of ammunition. In the conditions of stormy seas, the ship sank,” the Russian ministry of defense told the TASS newswire. 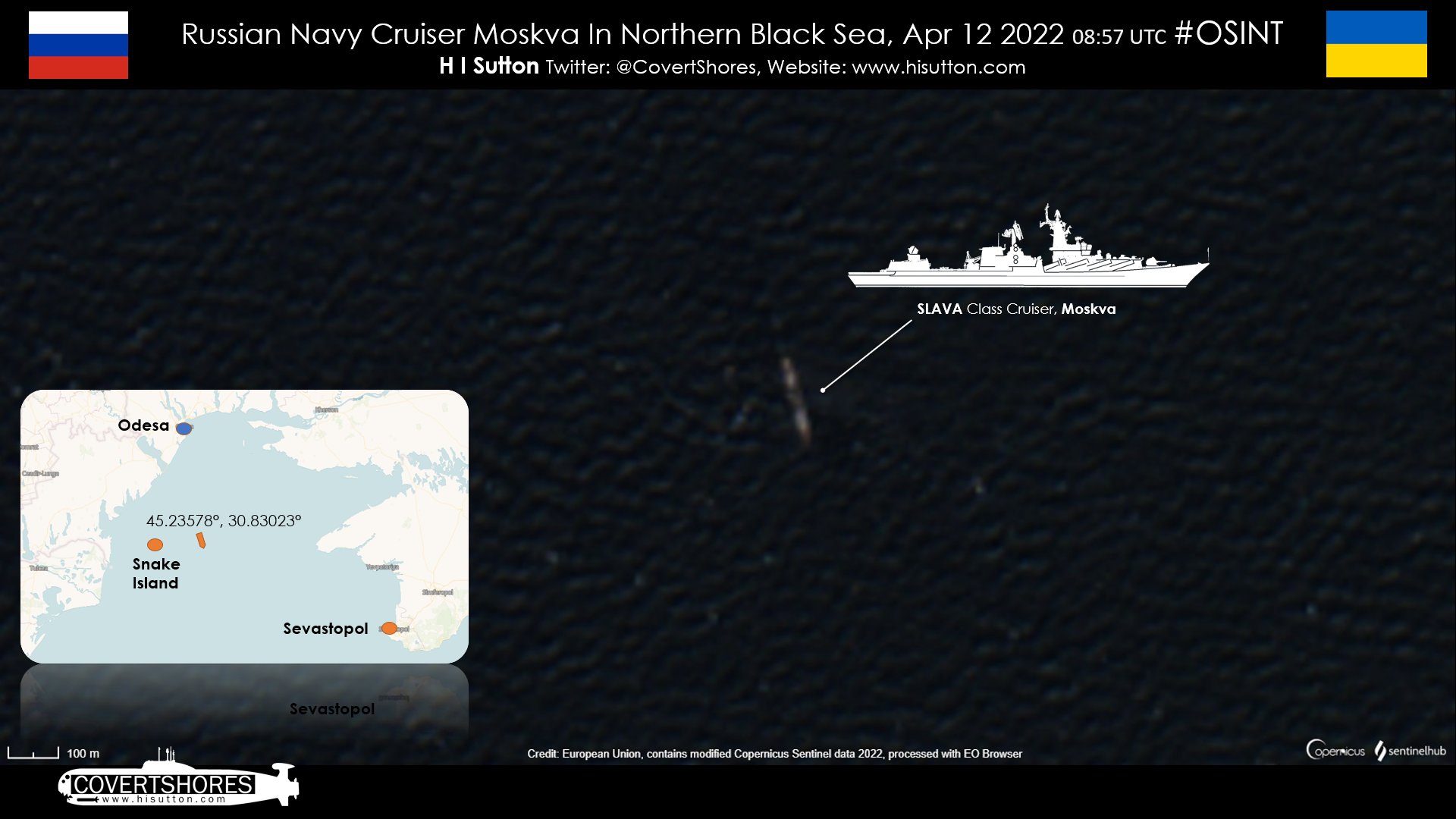 Earlier on Thursday, a senior defense official could not confirm what caused the fire on the cruiser. Moskva was about 60-65 nautical miles south of Odesa when the fire started, the official told reporters.

Ukrainian officials claimed that Neptune shore-based anti-ship guided missiles hit Moskva which had been operating from the Black Sea Fleet’s headquarters in Sevastopol.

“It very well could have been from an external source like like a missile,” the defense official said. “That that range is not out of range for a Neptune. Sixty miles is well within the Neptune’s effective range. But it also could have been something else. So again, … we’re just being careful here.”

“We just don’t know what the extent of the damage is,” the defense official said. “It does appear as if this is a significant fire that they’re battling. But what’s underneath that fire and how much hole damage there is, we just don’t know.”

Moskva‘s main missile batteries were not damaged in the fire, according to TASS.

Other Russian Black Sea ships have moved south in light of the damage to Moskva, the defense official said. 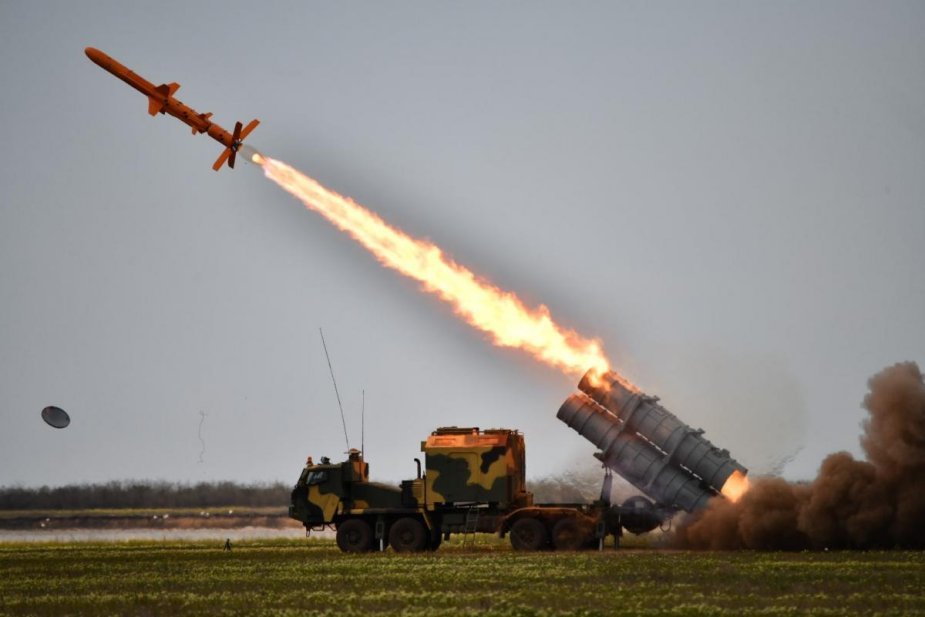 Neptunes, first fielded in 2021, are based on the Soviet AS-20 ‘Kayak’anti-ship missile which is similar to the U.S.-built Harpoon missile.

The Russian Navy’s Black Sea flagship has suffered major damage and the crew has abandoned the ship, state media said late Wednesday in reports following Ukrainian claims of hitting the ship with a missile strike.

The Russian Defense Ministry confirmed the mishap on Moskva, a ship in the country’s Black Sea Fleet, according to state-run outlet TASS.

Moskva the flagship of the Black Sea Fleet was severely damaged and the crew abandoned ship, the Russian Defense Ministry told TASS on Wednesday.

A fire broke out on the ship, causing ammunition to detonate, according to TASS. State media did not elaborate on the cause of the fire.

“It has been confirmed that the missile cruiser Moskva today went exactly where it was sent by our border guards on Snake Island!” Odesa governor Maksym Marchenko said in a Telegram message on Tuesday.
“Neptune missiles guarding the Black Sea caused very serious damage to the Russian ship.”

Moskva was commissioned into the Soviet Navy in 1982 and is one of three Slava-class guided-missile cruisers.

The three 11,500-ton Slavas were designed around launchers that can hold 16 SS-N-12 Sandbox anti-ship cruise missiles – each about the size of a telephone pole. Developed in the 1970s, the Slavas and the Sandboxes were designed to take on U.S. and NATO aircraft carriers by overwhelming them with a barrage of high-speed cruise missiles to sink ships. 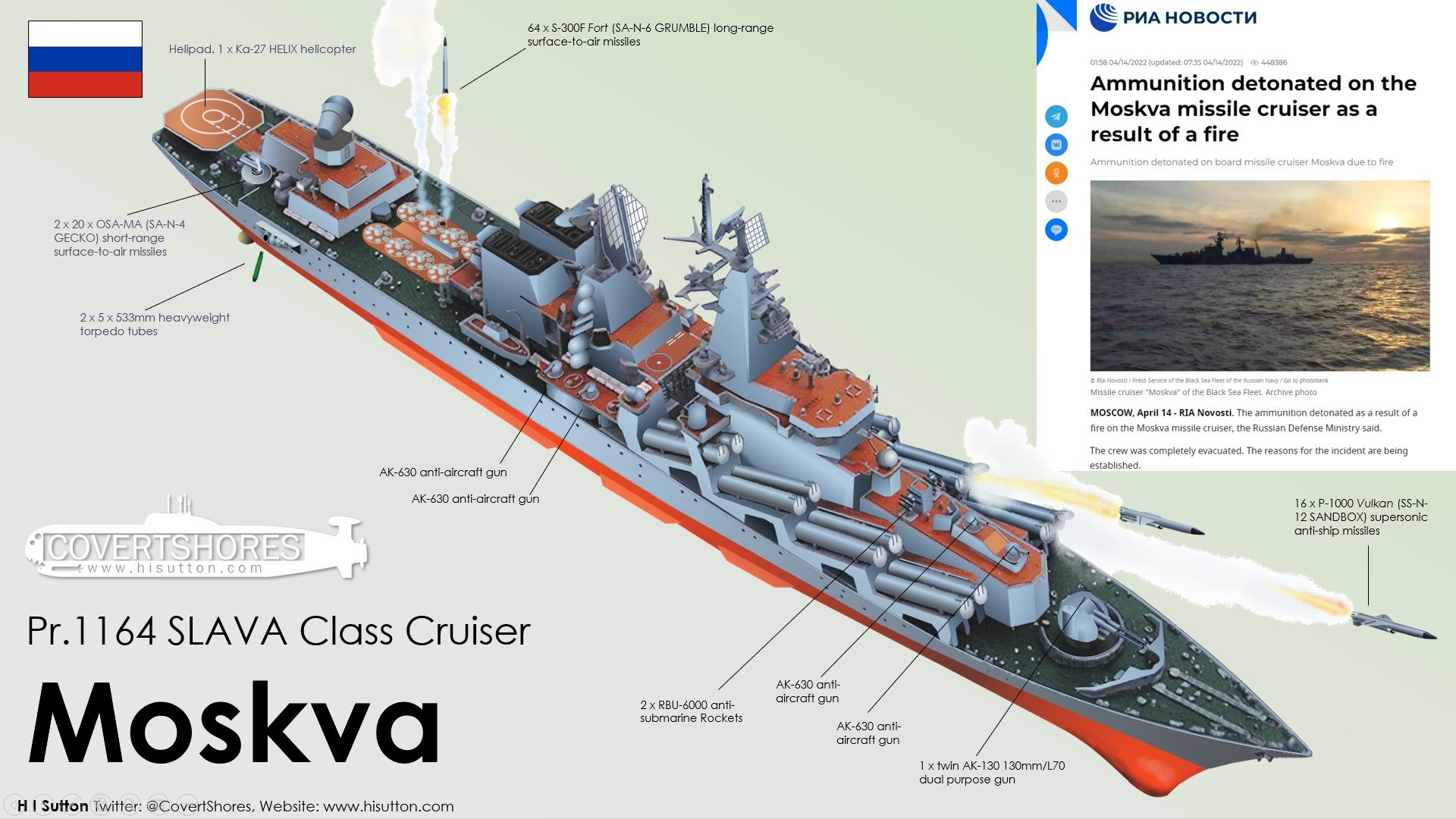 The two other Slavas are RTS Marshal Ustinov (055) and RFS Varyag (011) have been operating in the Mediterranian.

Moskva is not the first Russian warship to be damaged in the nearly 50-day invasion of Ukraine. A landing ship sank off the port of Ukrainian city Berdiansk after being attacked by Ukrainian forces, USNI News previously reported.