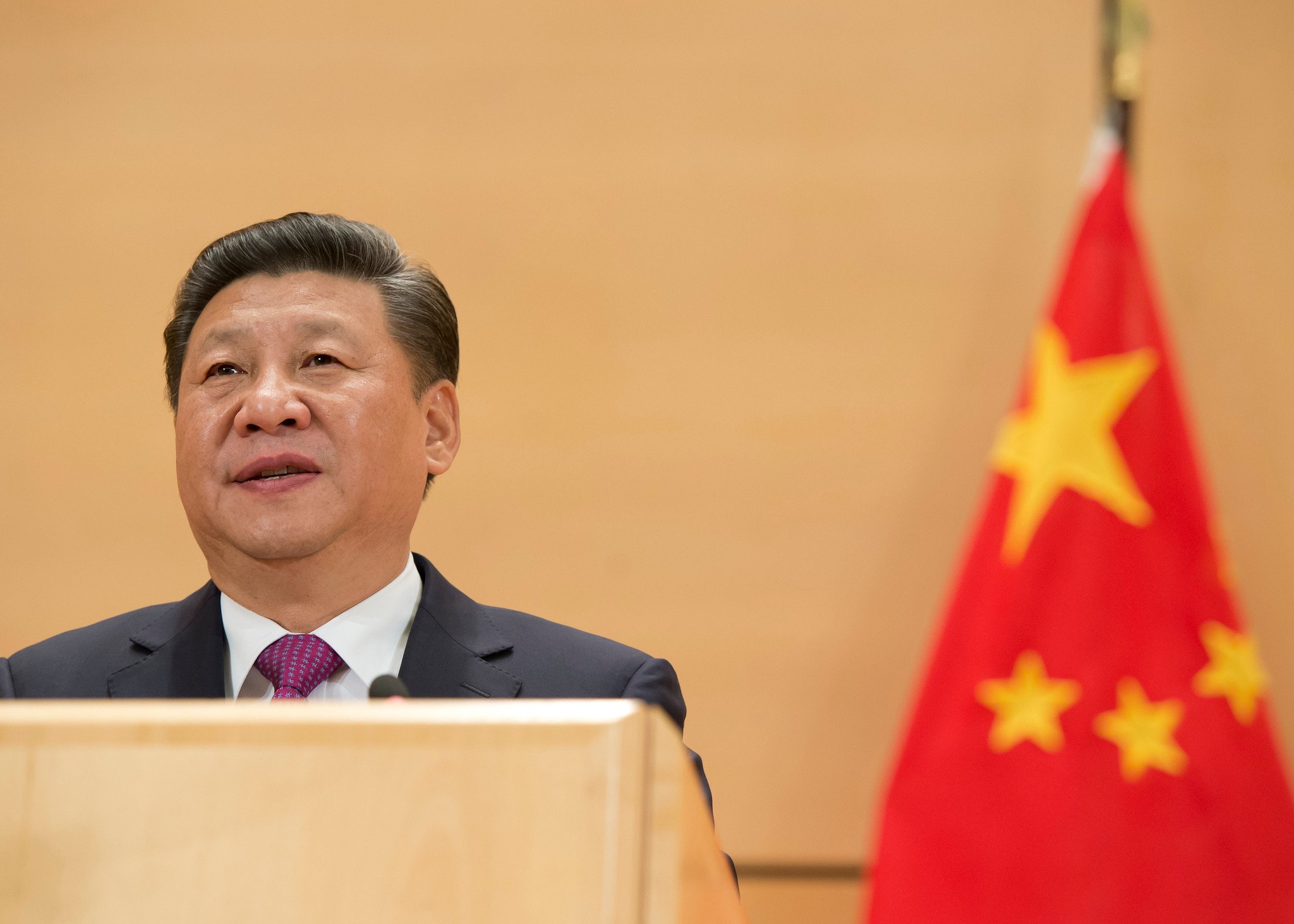 Xi Jinping President of the People’s Republic of China speaks at a United Nations Office in Geneva on Jan. 18, 2017. UN Photo

China’s Xi Jinping is closely monitoring what is happening to Russian President Vladimir Putin’s reputation following the invasion of Ukraine, retired Marine Corps Gen. James Jones said Monday.
Xi is looking at how the world views Putin as a gauge of global reaction he might face should Xi move against Taiwan, Jones argued.

Jones, who also served as the national security adviser and top commander in Europe, said the reaction could range from hailing Putin as a world leader who is “welcomed once again to the Munich Security Conference” to condemning him as a war criminal.

“I think the Taiwanese are as willing to defend their homeland” as the Ukrainians have been, he said.

Xi and Putin “have concluded the U.S. commitment to our regional relationships are not what they used to be” when they signed a cooperative agreement package during this year’s Olympics in Beijing, prior to the invasion. With Russian forces stalled, Xi is “walking a tightrope” in his relationship with Putin, said Michelle Flournoy, former civilian policy chief at the Pentagon.

At the Atlantic Council online forum, Jones and Flournoy said in both cases – Ukraine and Taiwan – it is a struggle between democracies and authoritarian rule. The implications of the outcomes in that struggle will be felt in the Middle East, Africa, the Western Hemisphere and in India, which is a United States partner in the Indo-Pacific. Many of those nations chose not to back the U.S. in its United Nations condemnation of the Kremlin’s unprovoked attack on Kyiv. Multiple abstained although the condemnation resolution passed.

Jones said the U.S. is not helping itself with countries – like Saudi Arabia, the United Arab Emirates and others – by not having permanent ambassadors in place to show American engagement with them on economic, security and diplomatic fronts. To them, the lack of ambassadorial presence demonstrates “a void of commitment” by Washington. Flournoy added the lack of U.S. presence at meetings of regional organizations like the Association of South East Asian Nations [ASEAN] allows Chinese influence to grow unchecked.

Looking specifically at Taiwan, Flournoy said, “we really need to help with an asymmetric defense” like Ukraine has used to so far to stall the Russian advance. This would be a shift away from selling Taipei large platforms like F-16 fighters to having them build-up their anti-ship, anti-aircraft and anti-tank missile defenses and maritime defenses. The island would become “a little porcupine” to overcome and slow down an invasion across the Taiwan strait. If others, like the U.S., are to help, “they need time to arrive.”

Flournoy, who recently returned from a trip to Taiwan, said president Tsai Ing-wen has emphasized the readiness of its active forces and is paying new attention to improved reserve forces. At the same time, Taipei has created a mobilization agency to use civilians and their skills in the case of natural disasters and a possible invasion from the mainland. She noted the success the Taiwanese have had in relying on volunteerism to augment its police and fire services.

Both said there was no need to abandon “strategic ambiguity” when it comes to the defense of Taiwan. But, “frankly Beijing is going to pay a lot more attention to our actions than our words,” Flournoy added, like helping Taipei build strong invasion defenses.

“I put the responsibility of de-escalation [of tensions over Taiwan and in the South China Sea] on Beijing.” The message being sent is: “We’re going to do [Freedom of Navigation operations] when you threaten Taiwan” with air and maritime incursions, said Flournoy.

Xi’s “preferred approach is to create so much economic leverage” over Taiwan that there would be no resistance to its total alignment with Beijing. She cited China’s increased economic ties with the island in key industries there like investing in semi-conductors, encouraging Taiwanese businesses to operate across the strait and the increased recruiting of young Taiwanese to work on the mainland for higher pay and more career opportunities.

Taiwan is not the only entity or nation seeing increased Chinese business interest in its activities.

China’s economic influence, especially through its Belt and Road infrastructure initiative and regional trade pact, is widely felt across the Indo-Pacific. Washington needs to create a “counter-vortex” of economic investment across the region, Jones said. He noted 25 percent of South Korea’s gross domestic product is tied to China and the percentage is growing yearly. “That can affect South Korea’s politics at some point,” he said.

President Tsai Ing-wen reviews a Marine Corps battalion in Kaohsiung in July 2020. Ministry of National Defense of the People’s Republic of China

“We want to keep putting meat on the bones of the Quad,” the informal security and economic arrangement between the U.S., Australia, Japan and India, Flournoy said. She called for near-term technology wins in the Australia-United Kingdom-United States [AUKUS] agreement. “We can help with that” in New Delhi’s case in wooing India away from its reliance on Russian military systems that date back to the Cold War and still require spare parts to keep the Chinese at bay in the Himalayas.

Both agreed applying sanctions to Beijing in the case of an invasion of Taiwan would be far more difficult than with Russia because China’s economy is much bigger, more diverse and globally engaged, including with the U.S., than Moscow’s reliance on energy exports to boost its GDP.