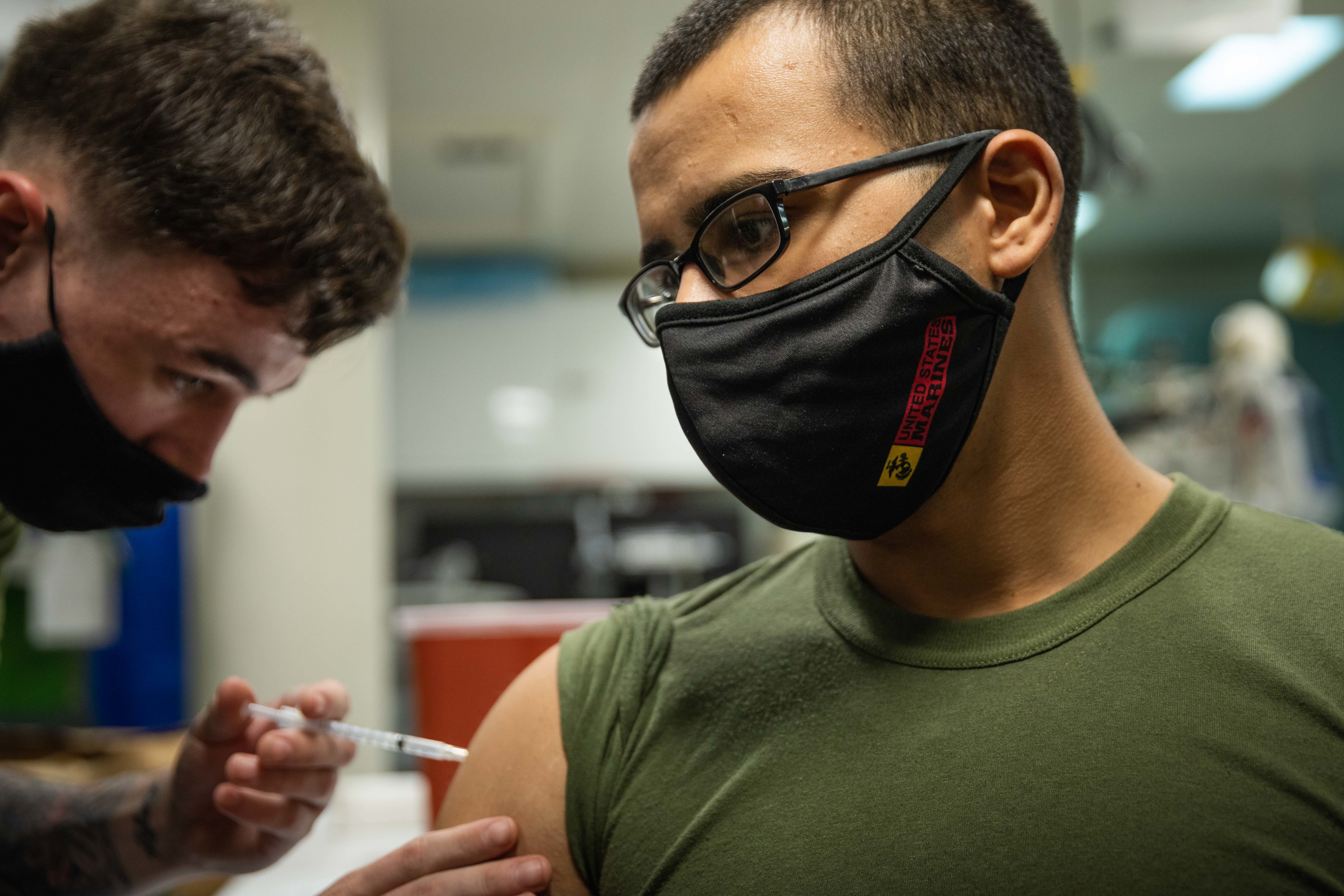 The Navy and Marine Corps separated 296 service members in the past week as the services continue to dismiss those without the mandated COVID-19 vaccination.

The Navy, which is currently prevented from separating any sailors who applied for religious exemptions for the COVID-19 vaccine due to a class action lawsuit in the Northern District of Texas, discharged 31 sailors over the past week. Twenty-five of those sailors were active-duty, according to the sea service’s weekly COVID-19 update. The other six were reservists.

The Navy has so far separated a total of 763 sailors due to their continued refusal to get vaccinated against COVID-19.

The Navy has the second-highest number of separations, with the Marine Corps separating the most among the services.

The Marine Corps separated 265 Marines in the past week, bringing the total number of discharged Marines to 1,594.

The Air Force has separated 250 airmen, while the Army has released 176 soldiers, including two battalion commanders, according to the services’ COVID-19 updates.

The Marine Corps has approved 957 administrative or medical exemptions, as well as seven religious waiver requests. The Marine Corps is allowed to separate those who have been denied a religious vaccination waiver, as the service does not fall under the class action lawsuit.

The Navy had approved 26 conditional religious exemptions for active-duty sailors and two for reservists, as the sailors would be retiring soon or on separation leave, according to the COVID-19 update. However, these sailors now fall under the class action lawsuit and cannot be separated due to vaccine refusal. Those planning to retire early instead of getting vaccinated can also halt those plans pending further action in the lawsuit.