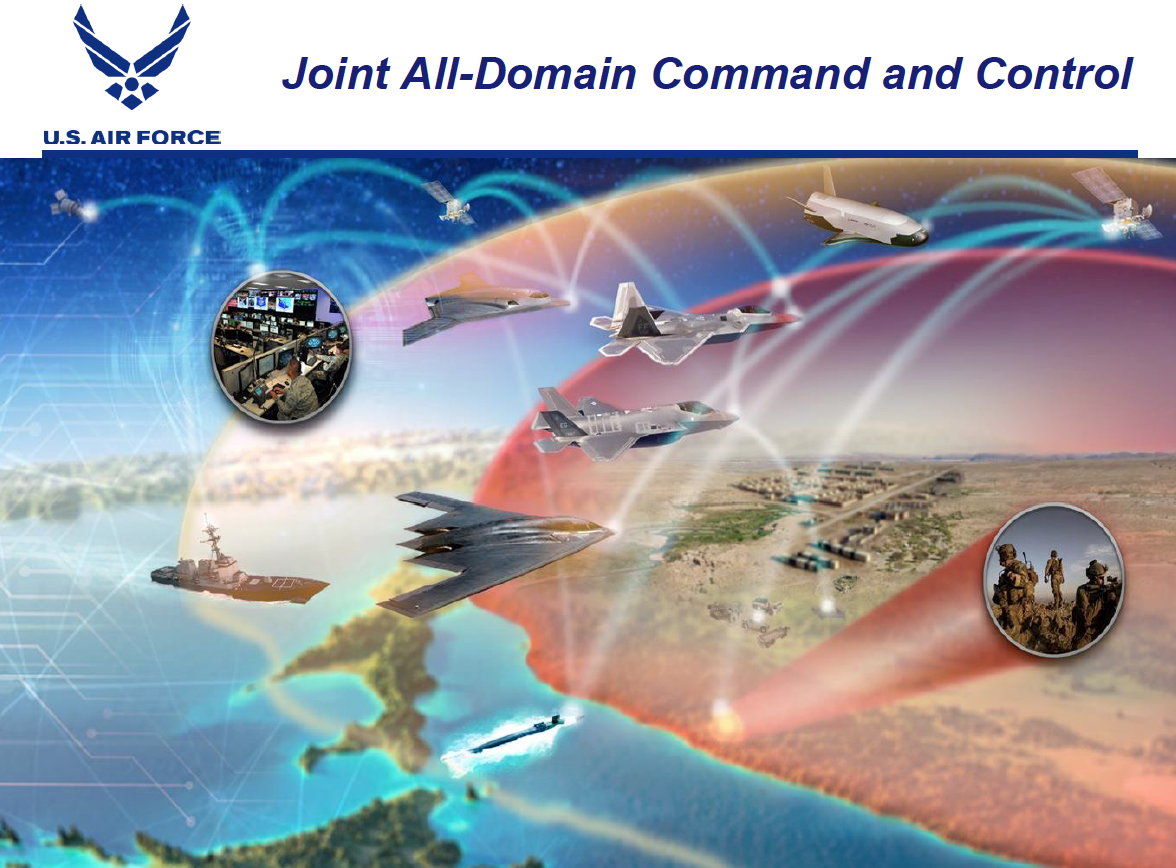 NATIONAL HARBOR, Md. – The Pentagon and military services need to make clear to industry, allies and partners what exactly they are striving for when they call for Joint All Domain Command and Control in future conflicts, a senior business executive and defense analyst said Tuesday.

Margaret Calomino, senior director of strategy at L3Harris, said “industry is working with as many as possible” [in the services] to understand what is going to be a “joint standard.” “We need to have that dialogue now … to understand where the gaps are [between the services] in their efforts like Project Convergence in the Army and Project Overmatch in the Navy to arrive at joint all-domain awareness,” she added.

Speaking at the 2022 Sea Air Space conference, Todd Harrison, director of the aerospace project at the Center for Strategic and International Studies, said, “the vision is strong” on the need for JADC2, “but what are we looking at?” He added, “we’ve got to have some clarity on what we’re building” or it could be doomed to fail like other Defense Department projects that set goals for jointness.

The question is “how do we get ourselves more integrated” both among the services and with allies and partners, particularly in the Indo-Pacific, with this decentralized approach, the panelists generally agreed.

Under dispersed maritime operations, the Navy realizes “we’re not going to have uncontested dominance,” said Rear Adm. Susan BryerJoyner, director of the Navy’s Cyber Security Division. In that situation, the Navy must determine how the fleet operates when not in the line of sight of each other.

“We’ve got to be able to mass effects … at a time and place of our choosing” when operating in a dispersed manner, she added. The Navy tested a number of these concepts of sea service’s globally in last year’s Large Scale Exercise, she said, but declined to discuss in detail what the Navy learned about dispersed operations or what the Marine Corps learned by testing its Expeditionary Advanced Base Operations and Littoral Operations in a Contested Environment concepts in a contested environment.

Andrew Mara, executive vice president at CNA, said such exercises and the pursuit of JADC2 are gauging “the friction of war,” not only on command and control but also on “logistics system[s] that need to be able to operate in a contested environment” over vast amounts of water and land and at lightning speed.

For JADC2 to succeed, the Pentagon must also consider data processing and decision-making processes aided by artificial intelligence and machine learning to get needed information to the fire zone, Harrison said.

“We’re going to have to figure out what data we need” in the fight, and not everyone will be able to receive all that is transmitted, said Mara.

He added that these exercises also build up knowledge in the ranks of what to expect and what to do, but that, too, needs to be indoctrinated into service training and education. Currently, he said, they are a series of “one-offs.”

Dispersed maritime operations “are a huge problem,” BryerJoyner said. “We have to take a very agile approach to solving it in small steps, quick steps.”

Even looking toward JADC2 five years down the road, Harrison said, “you have to bring in legacy systems” and ask “how do we integrate what we have” with what is needed for the future. Mara added that the service must ask “how does that integration work across platforms,” both in one service and with the other services and allies.

For the defense industrial base, this is a dramatic shift from past business practice.

Industry “is very focused to the requirement” the Pentagon or the services set, and that requirement is often connected to the weight of a ship or an aircraft, Calomino said. That drives price.

But asking for something digital “unnerves people” because it is not the traditional way of doing business with the government. She added, “how do we price digital?”

It also raises doubts in the industrial base over future licensing of intellectual property. “Licensing is not a bad word. We’re delivering to a very small group” when contracting with the Defense Department. It is part of the sustainment package following the buy.

What is the government doing in that transaction and is it buying a product or leasing a service, the panelists asked themselves.

“We understand industry has to make a profit,” but “we have a budget,” BryerJoyner said. “It’s a hard discussion” when it comes to property rights.

Further complicating matters with JADC2 is the lack of one ultimate authority in the Pentagon over the prospective budget. Harrison said it would be extremely difficult to determine how much is going into this effort by looking at the budget submission for Fiscal Year 2023 because the funding is split up among different parts of each service’s budget.

“There are no easy answers” about what would work best in establishing an ultimate authority, and whether it should be a joint executive office, separate agency, designated lead service or even a new functional command like Special Operations, Harrison said.