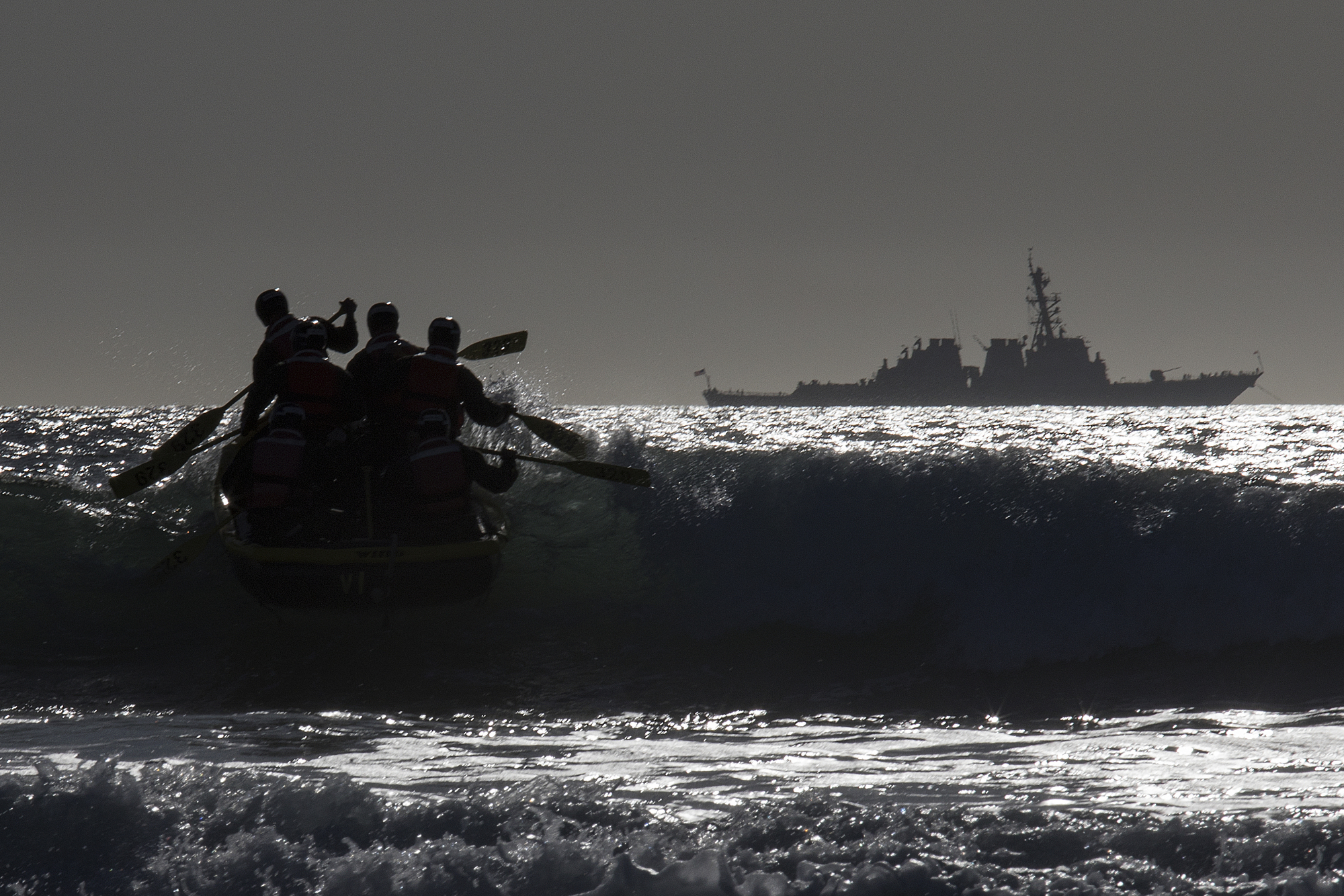 SEALs training off Coronado, Calif., in 2018. US Navy Photo

The Navy has stopped separating sailors for refusing the COVID-19 vaccine on religious grounds after a federal judge granted class-action certification in the case of Navy SEALs suing Department of Defense officials over the vaccine mandate, defense officials told USNI News on Wednesday.

Judge Reed O’Connor Monday granted the class action in the case of 26 Navy SEALs and other members of the special warfare community who are suing Secretary of Defense Lloyd Austin and other Department of Defense officials to prevent being separated over the refusal to get vaccinated against COVID-19 due to their religious beliefs. O’Connor also granted the preliminary injunction for the class action, extending the Navy’s inability to separate any sailors who were denied religious exemptions to the vaccine mandate.

Sailors in the class who were told they would be separated within 10 days will now stay on, according to the NAVADMIN. Similarly, those who put in voluntary resignation or transfer to Fleet Reserve requests can withdraw or amend them.

What is not clear is if the class action will be applied to the 652 sailors already separated by the Navy. The Navy has not said how many of those separated had submitted a religious exemption request and were denied.

The Navy received 3,320 requests for religious exemptions from active-duty sailors and 864 from reservists, according to the Navy’s March 23 COVID-19 update, the most recent available. It has not said how many were adjudicated, but that is not yet approved one.

The sea service has approved nine religious waivers for members of the Individual Ready Reserve, on the condition that they be fully vaccinated if they are called up to the reserves or active duty, USNI News previously reported.

The 4,095 members of the class action would include both active-duty and reserve sailors, based on the Navy’s numbers. As of Feb. 3, 2022, the Navy had denied 3,728 religious requests with 285 still being adjudicated, according to the class action order.

Of those who received denials, 1,222 sailors appealed, with 81 of those cases resulting in final denials, according to the court order.

While the preliminary injunction prevents the separation of the 4,095 sailors, it does not prevent the Navy from reassigning them, due to a Supreme Court ruling Friday.

One interpretation of the ruling would suggest that the Navy can move sailors to non-deployable positions based on their vaccination status, said military defense attorney Phil Cave.
However, another one suggests vaccination status should be one, not the only, factor in assignment decisions, said Mike Berry, director of military affairs and senior counsel at First Liberty, the attorneys representing the SEALs. 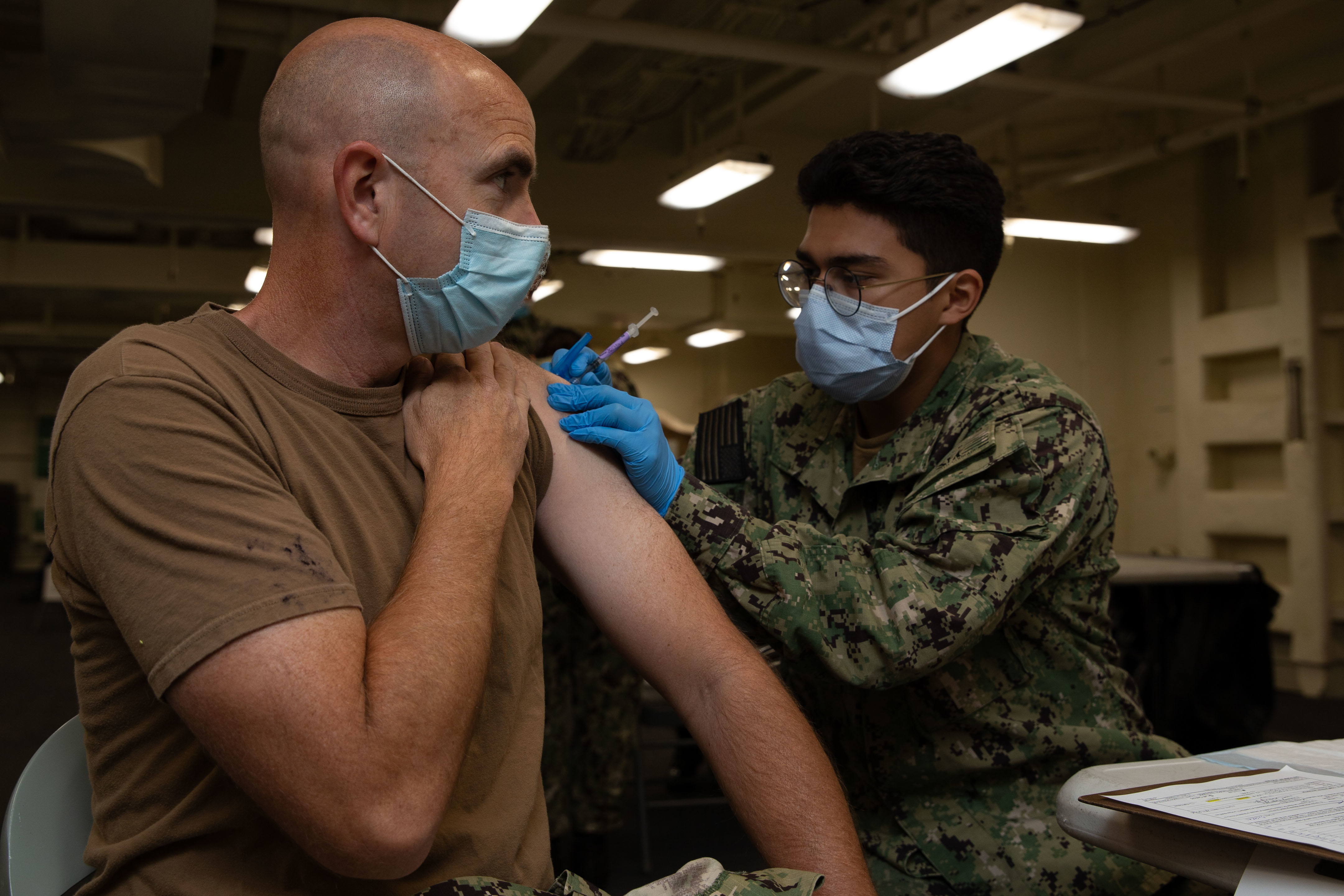 The Navy is likely going to interpret it so that it can reassign based on vaccination status, Berry said.

“And thus far, in this litigation and with the vaccine mandate, the Navy has continued to act as if it’s above the law,” Berry said. “So that wouldn’t surprise me. But at the end of the day, they need to follow, they need to abide by the rulings of the court.”

The Navy will consider vaccination status in assignments, according to the memo, although it did not specify if it will be the only factor.

“Navy service members who are not vaccinated, regardless of exemption status,
may be temporarily or permanently reassigned based on mission requirements
[in accordance with] previous guidance,” according to the NAVADMIN.

In granting the class action and the subsequent preliminary injunction, O’Connor wrote that the Navy failed to show a compelling interest for requiring vaccination, and the reasoning did not outweigh the burden placed on those who had religious objections to the shot.

“Without relief, each servicemember faces the threat of discharge and the consequences that accompany it,” O’Connor wrote. “Even though their personal circumstances may factually differ in small ways, the threat is the same – get the jab or lose your job.”

A compelling interest is necessary because of the Religious Freedom Restoration Act, which says that the government must show a compelling interest and that they are using the least restrictive means possible when issuing mandates or laws that may infringe on religious rights.

Attorneys for the Department of Defense have argued in this case, as well as a similar one in Florida involving a naval commanding officer, that the compelling interest is the health of the Navy and the ability to complete its mission with vaccination as the least restrictive means.

While the class applies to the sailors who have submitted religious exemptions, they will have the option to opt out of the class action, Berry said.

That could be what happens in the case of the commanding officer of a Norfolk-based guided missile destroyer who is currently involved in his own litigation against the Navy and Department of Defense officials over the vaccine mandate.

The destroyer commander will likely not be allowed to be part of the class action and his own suit, which means he might need to opt out if he would rather pursue his own case, Berry said.

Mat Staver, the chairperson of Liberty Counsel, the religious ministry representing the naval commander, did not return a call for comment. He previously told USNI News that he was also seeking class action in his case, although it would be for the entirety of the military, unlike the Navy SEALs case, which is limited to the Navy.

The Navy commander’s preliminary injunction has been appealed to the Eleventh Circuit Court of Appeals, USNI News previously reported, with other aspects of the case making their way through the Middle District of Florida.

It is unclear how the Supreme Court opinion allowing reassignment will affect the destroyer commander, although Cave said a narrow reading of it could allow the Navy to remove him as commanding officer of the ship.

For now, the Navy SEALs case returns to the Fifth Circuit Court of Appeals, where attorneys will argue if the Navy can dismiss sailors over COVID-19 vaccine refusal.

The government can also appeal the class certification.