What is it? Uncrewed aircraft systems (UAS), or “drones,” have a variety of uses, such as photography, delivering packages, and monitoring crops. However, UAS can also pose significant safety and security risks if they enter airspace around critical U.S. sites without authorization or if used for illegal activities. To reduce these risks, counter-UAS technology can detect such unauthorized or unsafe UAS and, when needed, jam, capture, or disable them.

Several UAS incidents have been reported in the U.S. For example, in January 2019, Newark Liberty International Airport halted all landings and diverted planes for over an hour after a potential UAS sighting nearby. Furthermore, smugglers have used UAS to deliver illegal drugs into the country. 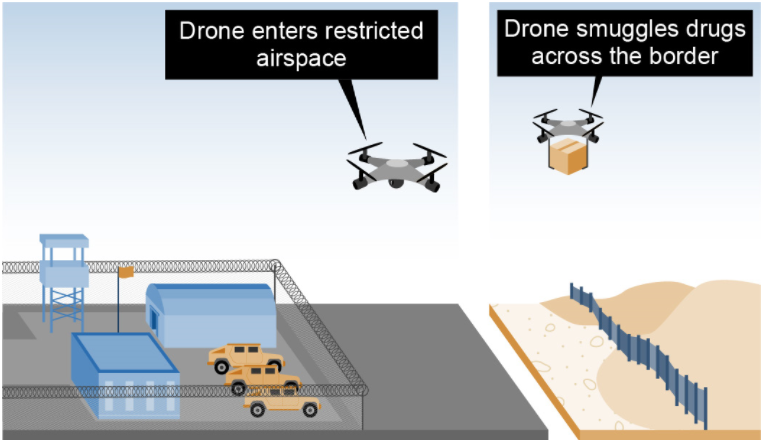 Reported incidents like these may increase as the use of UAS increases. The Federal Aviation Administration (FAA) has forecast that by 2024, the commercial UAS fleet will reach around 828,000, and the recreational fleet will number around 1.48 million.

Domestically, counter-UAS activities may be restricted or prohibited by existing federal laws such as the Aircraft Sabotage Act or the Computer Fraud and Abuse Act. However, four federal agencies—the Departments of Defense, Energy, Justice, and Homeland Security—have been authorized to deploy counter-UAS technologies under certain circumstances, such as to protect sensitive government facilities, including domestic military bases and prisons, or to provide security during sports championships.