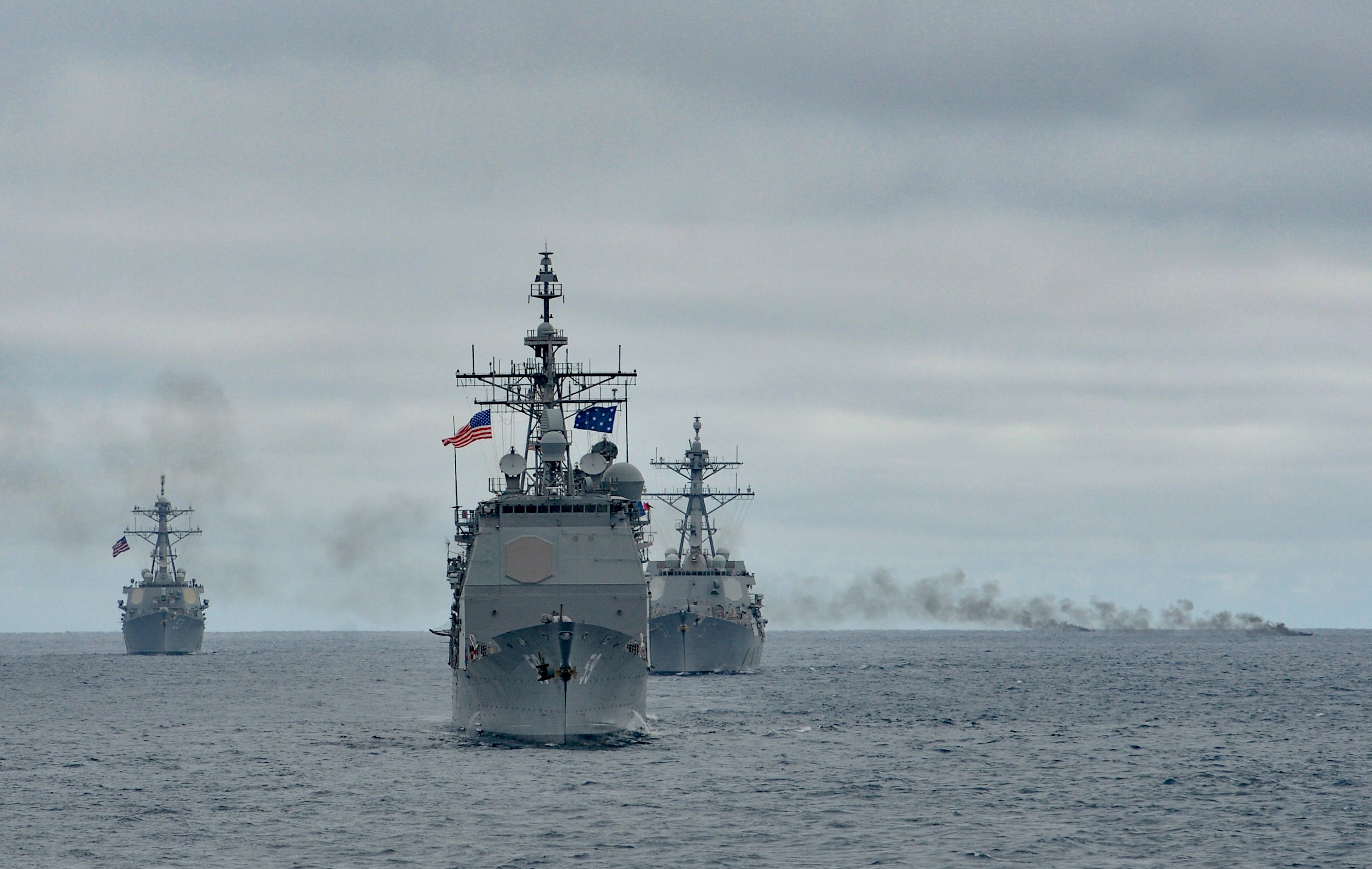 The nominee for the Pentagon’s top acquisition post told the Senate Armed Services Committee today that the Navy needs a larger and more survivable fleet.
“We need more numbers” when it comes to Navy fleet size and “we want survivable; we want strike” for the future,” William LaPlante, a former assistant secretary of the Air Force, said in his opening statement before the panel on Tuesday. If confirmed to the post, LaPlante said his focus “must be laser-like on [acquiring] speed and scale” through software.

Erik Raven, a long-time Senate Appropriations Committee staffer and the nominee to service as the Navy’s under secretary, said in opening remarks that modernization “means identifying the capabilities that are needed, setting a plan for acquiring them, and working with partners in industry to deliver them efficiently.”

He added later, “the 30-year shipbuilding plan is a signal to industry” of what to expect from the Navy in the way of contracts and mix of ships. But “the force structure assessment is another key element” in determining fleet size. He added the latest assessment is to be “completed in the near future.”

Current Navy fleet size requirement is set at 355 ships; there are 298 ships in the fleet now, according to the service.

The federal budget for Fiscal Year 2023 is slated for release on Monday.

In written comments, LaPlante added, “my understanding is that there are clear sustainment challenges facing the F-35 program in terms of both readiness and affordability,” with the goal of reducing the high sustainability costs.

He said a good model going forward in these programs would be to look to the Air Force’s B-21 bomber. That program used “open systems that we can upgrade very fast.” The key idea is “we’ve got to these capabilities into those weapons systems” that are in place as quickly as possible for future use.

“We’ve known about modular systems for 20 years” that would allow constant upgrading; they should “always be part of the acquisition process,” LaPlante said.

He later said that ensuring cyber security measures are in place three to four levels down among subcontractors on big-ticket platforms like ships and aircraft is critically important for their survivability in combat.

Several times Raven was asked about the importance of shipyard infrastructure and its role in readiness. Pointing to the Shipyard Infrastructure Optimization Program (SIOP), he said “this is [a] once in a century bill” that promotes operational and industry readiness.

In written remarks LaPlante said that ‘’understanding the constraints in the supply chain, workforce, capacity and capability of the nation’s ship repair infrastructure is critical to planning effective improvements.”

Both Raven and LaPlante told the committee that COVID-19 has had an impact on shipbuilding and repair schedules in the last two years.

Sen. Mark Kelly (D-Ariz.) pressed Raven on expanding sealift capacity, noting the Chinese have 5,500 ships in its merchant fleet while the United States has 85. Sealift is “key to our warfighting capabilities.” Raven said he would examine adding more ships to American sealift by buying more commercial vessels.

In prepared answers, Raven noted his role in developing a pilot program in the Pacific for Navy work to be done in private yards, which will be expanded to the Atlantic this year. “This pilot program seeks to increase the transparency and flexibility of ship depot maintenance efforts.” Raven added later that one of his goals, if confirmed, “is to build key partnerships” in the joint force, on Capitol Hill, with industry and the communities supporting Navy and Marine Corps installations and activities.

“The need to modernize applies not only to major platforms and breakthrough technologies like hypersonic missiles and artificial intelligence. It also applies to the facilities and infrastructure,” Raven said in his opening remarks.

On those breakthrough technologies, like hypersonics, LaPlante said the Air Force made a mistake in backing away from glide vehicles after two failures more than a decade ago. Several senators noted the service should have continued testing, as the Russian and Chinese did following failures in their hypersonic glide vehicle program.

LaPlante added the Pentagon needed to work more closely with “emerging tech eco-systems” across the country, as those eco-systems have “strong ties to academia.”

In his prepared answers, Raven said, “I believe initiatives and networks such as these are critical in identifying new technologies to the warfighter.”

During the hearing, LaPlante added the Pentagon, however, must “show you there is hope” that the new technology can move from early phases of defense spending into full production.