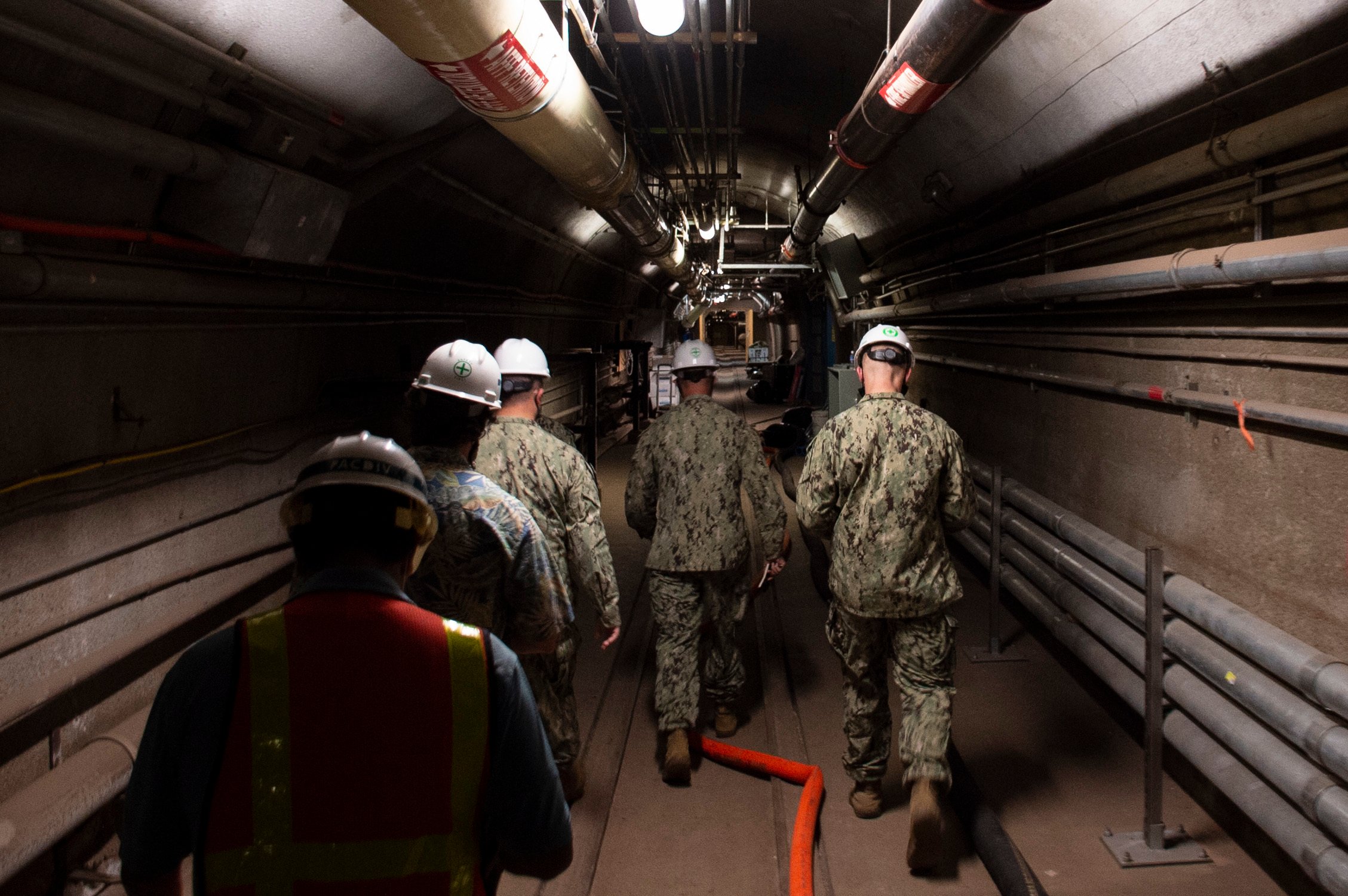 WASHINGTON, D.C. — The Navy’s solution to supplying its ships and aircraft with fuel in the Pacific after shutting down the Red Hill depot in Hawaii will likely not involve building additional fuel storage facilities, Navy Secretary Carlos Del Toro said Wednesday.

There are other storage facilities that exist in the Pacific already that can be used to store the fuel the sea service kept at Red Hill since World War II, Secretary of the Navy Carlos Del Toro said during remarks at the McAleese Conference.

“I spent a lot of time just talking about the relationship between partners and allies,” Del Toro said. “And we have the locations necessary to distribute that fuel effectively, without building an enormous number of additional fuel farms for example.”

The Pentagon announced March 7 that Secretary of Defense Lloyd Austin elected to shut down the Red Hill Fuel Depot, a reversal on the previous plan to appeal a decision to close it.

Operations at Red Hill had been suspended since November when fuel leaked into drinking water used by Hawaii citizens and military families. The Hawaii Department of Health then issued an emergency order in December calling for the tanks, which can hold 250 million gallons of fuel, to be drained.

The decision to shutter Red Hill came after a review of the facility’s future, USNI News previously reported.

“Since late January 2022, we have been on an aggressive schedule to analyze and determine the distribution of fuel reserves for our operations in the Pacific theater,” Austin said in his March 7 statement. “This work has been evidence-based and fully aligns with our focus on the population, the environment, and national security.”

The Pentagon has spent the past three months looking at Red Hill and what it could do with the fuel depot to better position the sea service, Del Toro said. The assessment found it would give the U.S. a strategic advantage for the Navy to store fuel in a variety of land and sea facilities, instead of in one place.

“What might have made sense, perhaps during the days of World War II, given the threats that we face today, it doesn’t make sense now,” Del Toro said.

One place that the Navy could look at is Alaska, said Rep. Rob Wittman, (R-Va.), who also spoke at McAleese. Anchorage, Alaska, is closer than O’ahu, he said, which might make it a better location for the fuel storage.

Wittman raised concerns about the decision to shut down Red Hill without ensuring a fuel source.

“Let me tell you, we better be doggone confident that we have fuel in other places around the Pacific Rim to make sure we have it,” Wittman said.

Before the Red Hill is defueled, Wittman wants to see the plan for how the DoD will handle the volume from the facility. The transition needs to be smooth, he said.

The fuel will not be leaving Red Hill any time soon, as the next deadline is May 31, in which Austin will receive a plan of action for defueling, according to his memo.

The Pentagon and the Navy are planning for the facility to be fully shuttered in about a year.