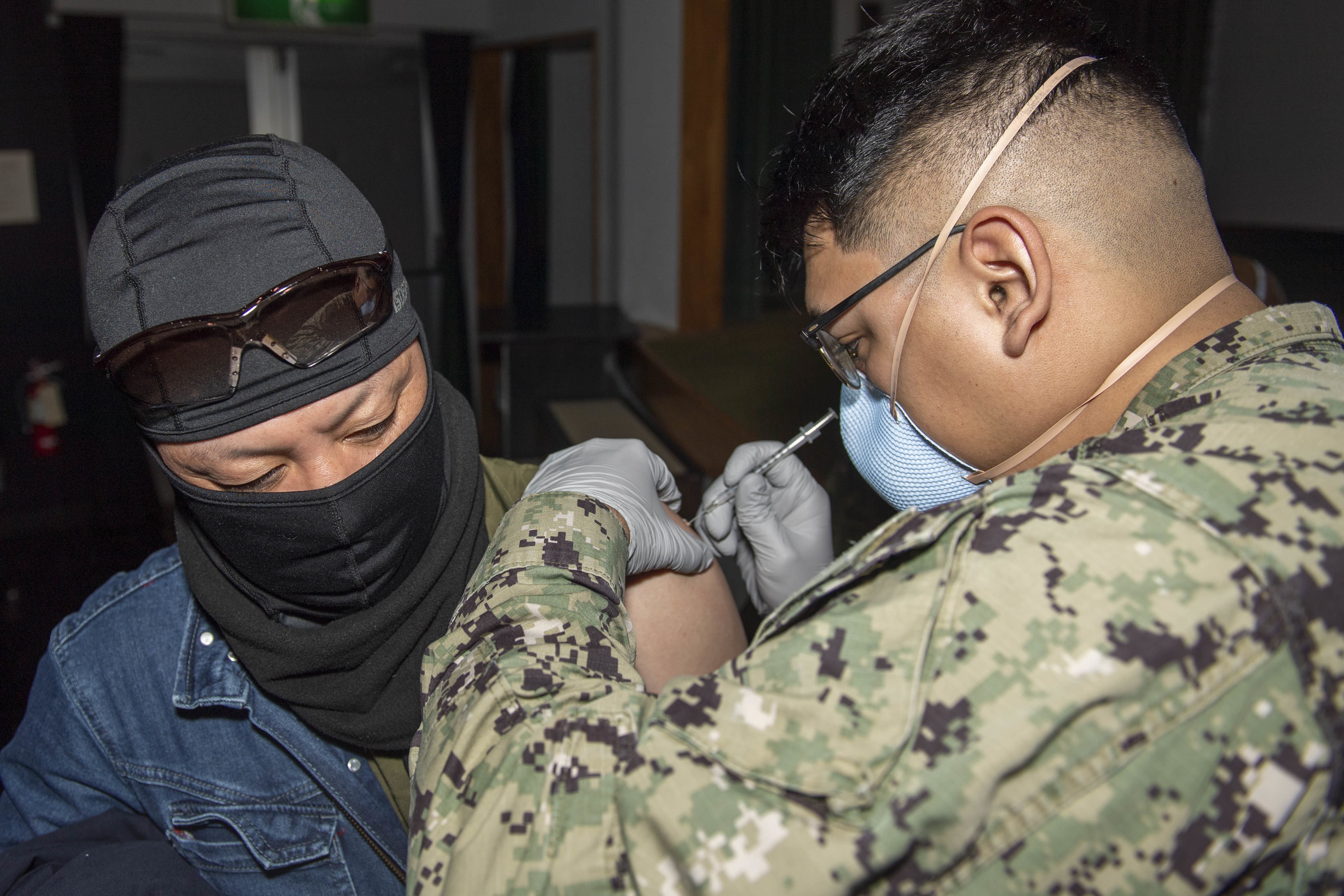 The Marine Corps has now separated more than 1,000 Marines due to refusal to get vaccinated against COVID-19.

The Marine Corps separated 165 Marines over the past week due to their refusal to get vaccinated against COVID-19. At 1,038, the Marine Corps leads the military branches for the most separations.

The Navy comes in second with a total of 469 separations, which includes 50 this past week. Of the separations this week, 24 had served for more than six years, while 26 served for less than six years. The highest rank was chief petty officer, said Lt. Travis Callaghan, spokesperson for chief of naval personnel, in an email.

The Air Force has separated 205 active-duty airmen, according to its weekly update. The Army has not yet separated a soldier.

The Navy, as well as the other branches, potentially could have more sailors that it would separate for refusal to get vaccinated against COVID-19, but there are currently lawsuits preventing punitive action against a handful of service members who have refused to get vaccinated due to religious objections.

One lawsuit focuses on the Navy special warfare community and involves 26 Navy SEALs. The attorneys are currently aiming to make it a class action, which would apply to all members of the Navy. The case was heard by the Court of Appeals for the Fifth Circuit, which upheld a preliminary injunction preventing the SEALs from being punished for not being vaccinated.

Another lawsuit includes plaintiffs across the military branches, notably a Navy commanding officer of a guided-missile destroyer. The overseeing judge has also prevented the services from taking adverse action against the plaintiffs.

Liberty Counsel, the legal ministry representing the plaintiffs, is also seeking to turn the case into a class-action lawsuit, USNI News previously reported.

If the class-action lawsuit were to prevail, the Navy could have 4,000 sailors unvaccinated against COVID-19, which naval leaders have said is a risk to force health.

In a declaration associated with the navy commander lawsuit, Adm. Derek Caudle, commander of Fleet Forces Command, wrote that having 4,000 unvaccinated sailors “will create an unacceptable risk to readiness and could result in unnecessary deaths.”

Currently, 4,593 active-duty sailors are not fully vaccinated, which could mean they are in the process of getting vaccinated, have an exemption or are waiting for a waiver request to be adjudicated. Sailors with an exemption are given non-operational billets, USNI News previously reported.

Another 3,241 members of the reserve are not fully vaccinated, according to the weekly COVID-19 updated.

When compared to the size of the force, the number of unvaccinated sailors and Marines is not a large percentage, Secretary of the Navy Carlos Del Toro told reporters Wednesday.

The Marine Corps has separated about 0.56 percent of its force due to vaccine refusal. The Navy about 0.13 percent.

The percentage of the active-duty sailors currently undeployable due to lack of vaccination is approximately 1.3 percent.

“And it’s incredibly important for all our sailors and our Marines to be properly vaccinated because this is an issue of combat readiness,” Del Toro said. “We simply cannot put the lives of our other sailors who are vaccinated at risk.”

Although there have been 3,476 requests from active-duty sailors and 875 from reservists, the Navy has not granted a religious exemption. It did grant one to a member of the individual ready reserve on the condition that the sailor be vaccinated if called up to active-duty or reserve status.

The Marines Corps does not break down exemptions, but it has granted 992 medical or administrative exemptions.

The Air Force approved 19 religious exemptions, with the Army approving none.