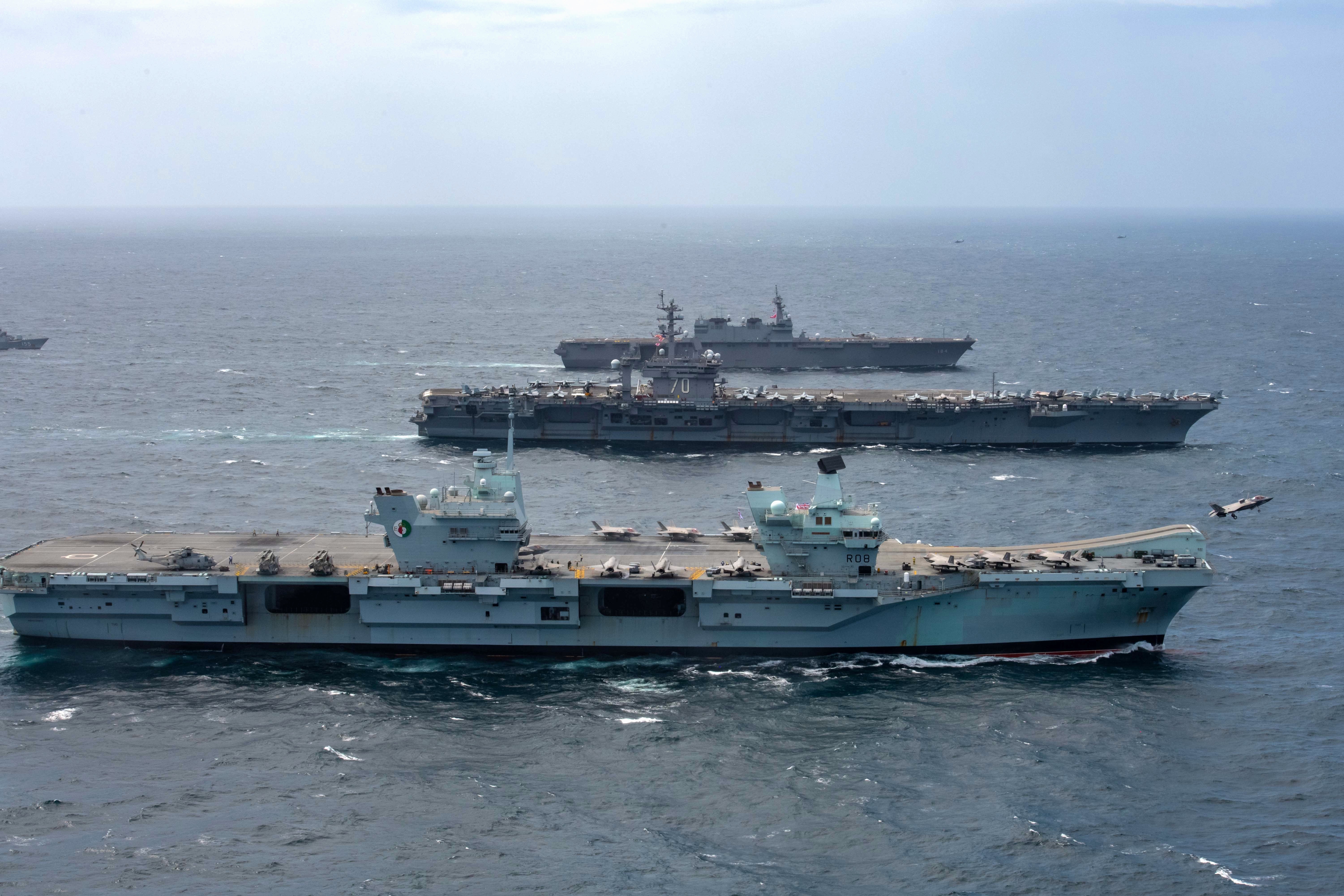 The U.K. Royal Navy is returning to its historic persistent presence in the Indo-Pacific while at the same time ensuring its stature as the foremost navy in Europe, according to the United Kingdom’s senior naval officer.

Speaking Wednesday at the Center for Strategic and International Studies, First Sea Lord and Chief of the Naval Staff Adm Ben Key, said by “persistent” he means a “reliable” presence of two patrol craft and longer, larger deployments. The goal is “building more profound relationships” with other nations in the Indo-Pacific, he added.

The Royal Navy “will be listening humbly” to what others have to say on their needs, he said.“After all, it’s their waters,” he said, and when asked the Royal Navy can provide leadership in meeting their needs to counter an aggressive and bullying China.

Key said exercising in the Indo-Pacific with the United States, France, Japan, New Zealand and Australia and NATO allies like the Netherlands is deterring Beijing’s ambitions in the South China Sea. It also tests the interoperability of naval forces addressing common threats that include China’s naval militias encroaching on other nations’ exclusive economic zones, which are vital for fisheries.

The Indo-Pacific “was an area [Britain] knew well,” dating from Captain James Cook’s explorations of those waters in the 18th century and the realization now of its importance to the continued free flow of trade in the 21st century, Key said.

“We’re going to have to [protect trade and national sovereignty] in partnerships” with the United States and other allies, he said.

He said the same rationale applied to Russia, which has been trying to close off the Black Sea to other nations as it ratchets up pressure on Ukraine. “We need to respond to that,” he said. “The high seas by their very nature are open to everybody … going about our own lawful activity.”

Key added, “we have a right to protect ourselves” by closely monitoring Russian naval activities in United Kingdom waters. 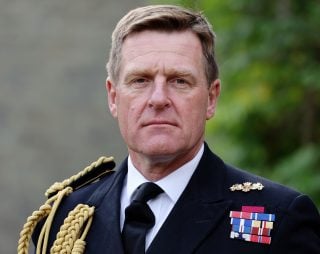 “I’ve been challenged by the government to grow the Navy,” he said. That includes fielding the first two aircraft carriers, HMS Queen Elizabeth (R08) and Prince of Wales (R09), designed and built for fifth-generation aircraft operations. On the deployment of the Queen Elizabeth II Carrier Strike Group 21 (CSG 21), he said, “we tested ourselves across all three theaters” successfully.

He called the two carriers “such a step up” for the Royal Navy.

Key, who took the role in November, said Prime Minister Boris Johnson’s government recognized the “increasing importance of being able [to deploy] across the global commons … to achieve what we want to” as a nation. He said it also was a turn away from the counterterrorist land campaigns in Afghanistan and Iraq of the past 20 years.

When asked about the Australia-United Kingdom-United States agreement to share technology and eventually to have Canberra field nuclear-powered submarines, Key said the pact was “a really good example of opening up [by sharing critical technologies such as undersea battlespace] rather than closing down.”

Key said that he was proud to be “part of a service that embraced innovation,” like steam over sail and exploring autonomous systems today. But after 38 years in uniform, he realizes that the career path he chose is not as appealing to possible recruits and officers. He said there needed to be a mechanism for those who want to serve for a time, leave the Royal Navy, and return without having to start over again as a midshipman.

“The Royal Navy is brimming with ideas,” he said. It has a force full of “energy, [with] entrepreneurial spirit” that needs opportunities to grow. This openness in the Royal Navy to adapt to change and meet individuals’ expectations also makes it a more attractive choice for young men and women beginning their careers.