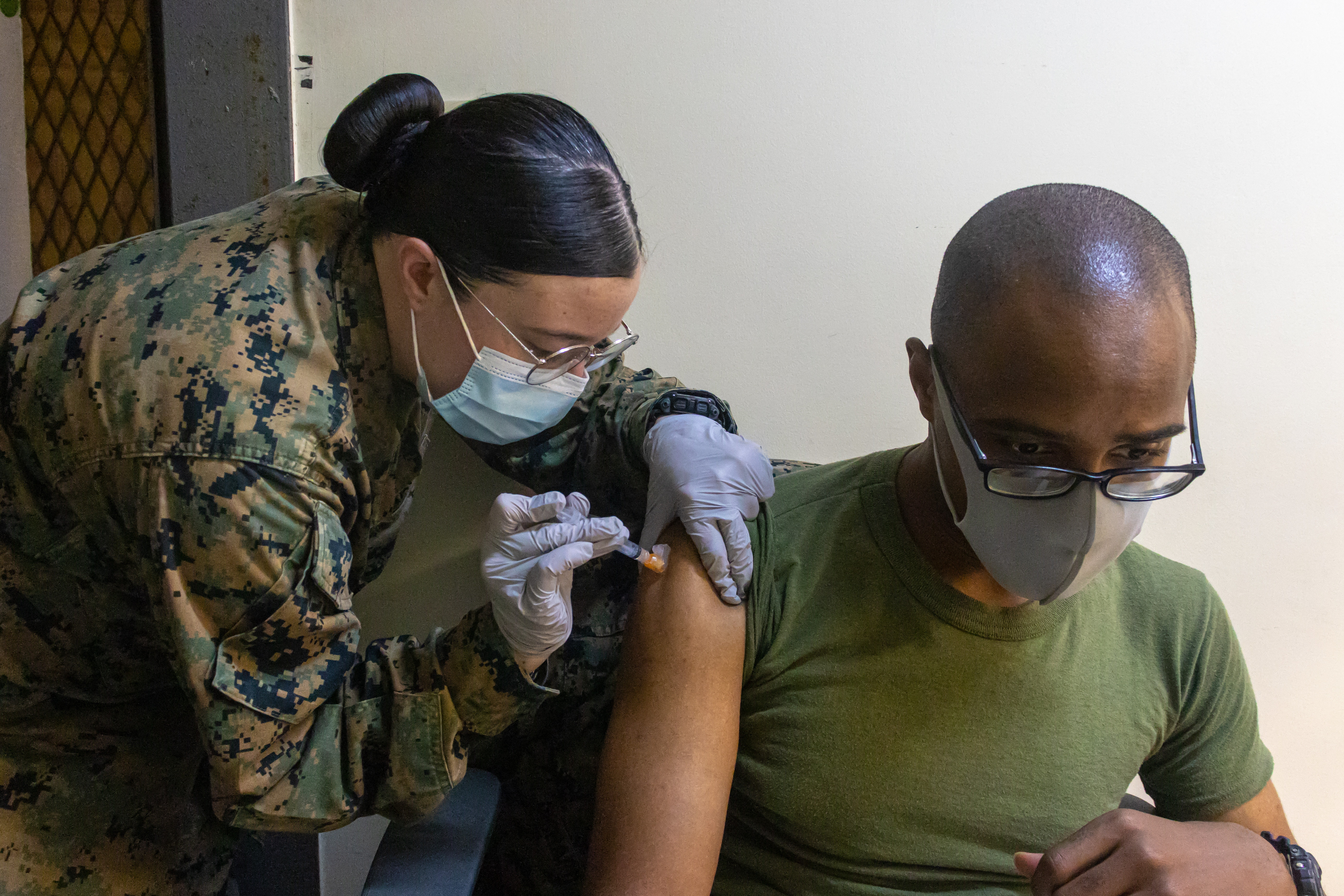 Approximately 0.3 percent of the Marine Corps has been separated due to refusal to get vaccinated against COVID-19, according to the service’s COVID-19 update.

The Marine Corps has separated 566 Marines due to their continued refusal to get vaccinated against COVID-19. The Marines have separated the most personnel of the branches, with the Navy coming in second with 240 separations.

The Air Force has currently separated 142 airmen as a result of refusal to get vaccinated, USNI News previously reported. The Army, which announced on Feb. 2 that it would begin separating soldiers, had not released a COVID-19 update for the week yet.

The Marine Corps are known for their high turnover rates, something the force is looking to adjust, which means the loss of 566 Marines will likely not make a dent in the Marine Corps, especially as the force looks to decrease its size.

It was not clear from the Marine Corps’ update how long the 566 Marines had served. The majority of those separated had ranks of sergeant (E-5) and below and were in their first enlistment, Marine Corps spokesman Capt. Andrew Wood said in an statement to USNI News.

According to the update, 96 percent of active-duty Marines are fully vaccinated, with another 1 percent partially vaccinated.

That number increased from the previous week, with 1 percent more of active-duty Marines fully vaccinated.

The Marines and the Army have similar levels of vaccination, with the Army reporting on Feb. 2 that 96 percent of its active-duty force is fully vaccinated. The Air Force is at 97.8 percent, according to its Feb. 8 release. The Navy does not release the percentages of vaccination, instead choosing to report the number of sailors and reservists who are not fully vaccinated.

The Marines have approved 732 administrative or medical exemptions. The service does not break down exemptions by active-duty or reserve.

The Marines is one of the two services that has approved a religious exemption. It approved three, which has not changed over the past couple of weeks. The service received 3,567 religious waiver requests, according to the update.

The Air Force is the other branch to have approved religious exemptions, USNI News previously reported. The service announced Feb. 8 that it approved nine religious vaccination waivers, which included one that came after an appeal.

The Air Force and the Navy are both involved in lawsuits over their COVID-19 mandates.