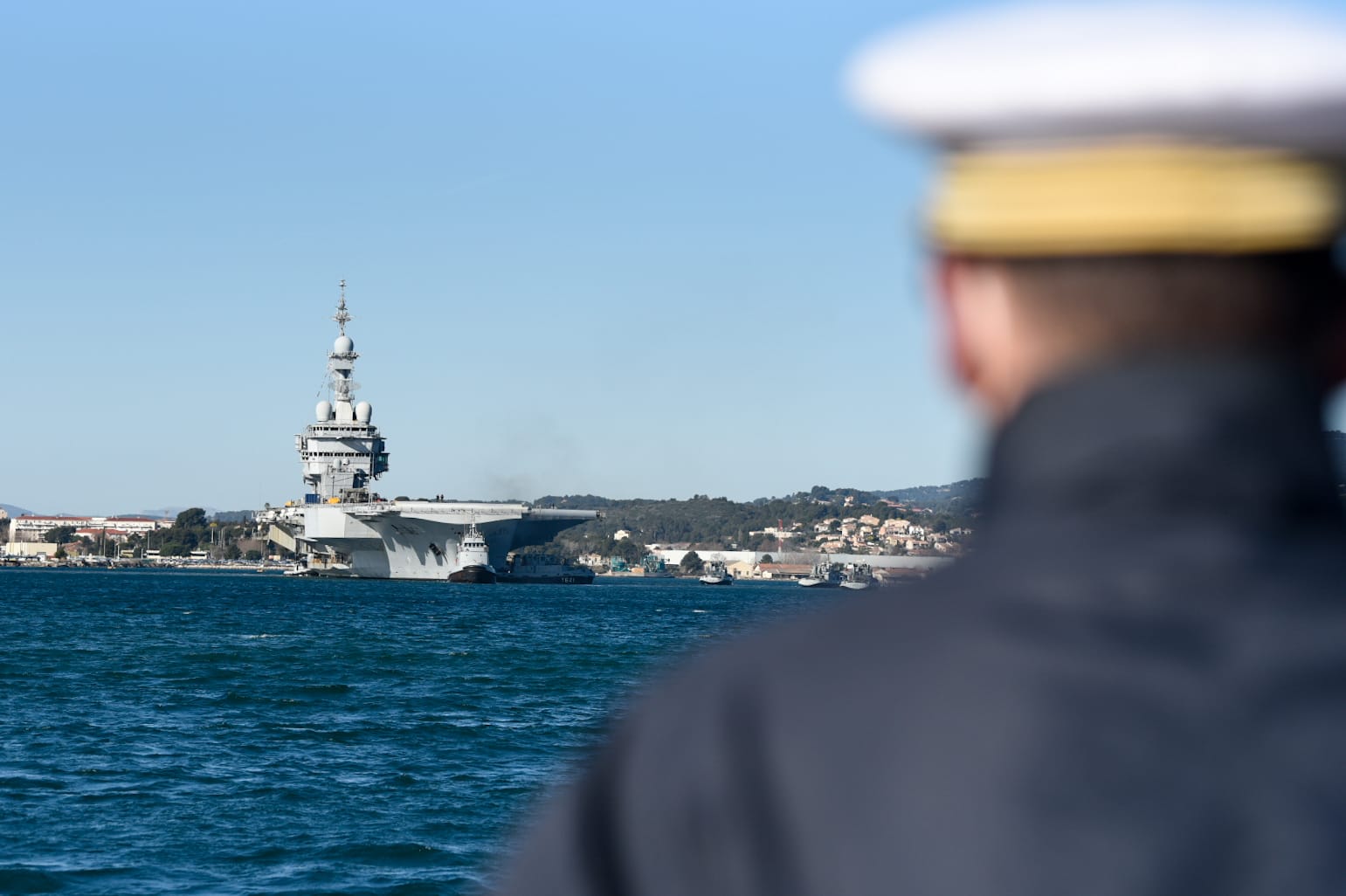 The French Navy’s Charles de Gaulle Carrier Strike Group left today for its Clemenceau 22 deployment, which will last until April and take the CSG to the Mediterranean.

“While TF 473 operates in the Mediterranean with an integrated U.S. destroyer, Naval Striking and Support Forces NATO, working in close coordination with other commands throughout the alliance, is exercising command and control of a U.S. carrier strike group. The flexibility of command and control structures among allies supports the collective defense of Europe,” according to the U.S. Navy.

The task force will support Operation Chammal, the French component of Operation Inherent Resolve against ISIS, and is also set to conduct exercises with the Italian Navy, the U.S. Navy’s Harry S. Truman CSG and other NATO ships operating in the Mediterranean, reported Naval News. The Truman CSG – which is operating under NATO – is the flagship of the Neptune Strike 22 exercise that will end on Friday, but few details have been released on the exercise due to the ongoing tensions with Russia.

Meanwhile, Russian task groups from the Pacific, Northern and Baltic Fleet are also heading to the Mediterranean to rendezvous for an exercise in the area. The Russian Pacific Fleet task group consists of cruiser RFS Varyag (011), destroyer RFS Admiral Tributs (564) and replenishment ship Boris Butoma. The task group previously carried out exercises with the Iranian Navy and the People’s Liberation Army Navy in the Arabian Gulf. Meeting the Pacific Fleet task group in the Mediterranean are landing ship tanks RFS Olenegorskiy Gornyak (012) and RFS Georgiy Pobedonosets (016) and landing ship RFS Pyotr Morgunov (117) from the Northern Fleet and LSTs RFS Korolev (130), RFS Minsk (127), and RFS Kaliningrad (102) from the Baltic Fleet.

In other developments, the French Armed Force Staff disclosed on social media today that patrol ship Commandant Blaison (F793) had shadowed Russian Navy corvettes RFS Stoykiy (545) and RFS Soobrazitelny (531) in the English Channel on Sunday and Monday before handing over the watch to United Kingdom Royal Navy frigate HMS Argyll (F231) and U.S. Navy destroyer USS Roosevelt (DDG-80) to shadow the corvettes. The Russian ships, part of the Baltic Fleet, had left their home base on Jan. 24 for a long-range deployment that includes participation in the Russian Navy’s large scale exercise and ensuring the naval presence and display of the Russian flag in various regions of the world, according to a Russian military news release issued on the ships’ departure.