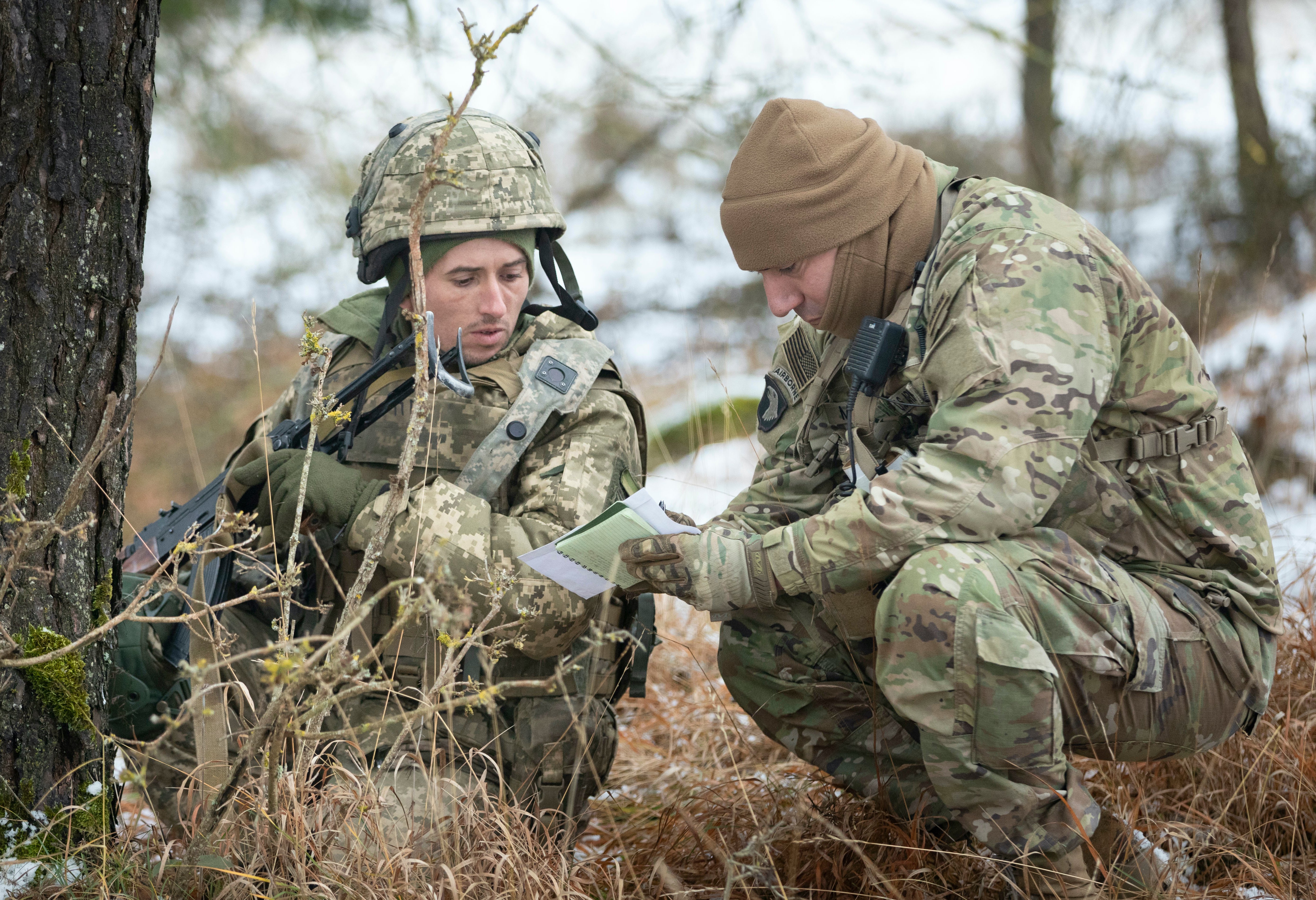 As Russian President Vladimir Putin tries to expand the Kremlin’s sphere of influence across Eastern Europe, how Ukraine is handled by the U.S. will be watched closely by China, Iran, North Korea, a former NATO top commander said last week.

Retired Army Gen. Curtis “Mike” Scaparrotti, who also served as the senior commander in Korea, said he was greatly concerned that the United States has taken off the table sending increased forces to eastern Europe as Moscow ratchets up pressure on Kyiv, he said at an online forum sponsored by a Korean-American organization.

He said it was “consistently frustrating [to him] as a commander” in both theaters to have diplomats and senior administration officials take military options off the table publicly as a crisis began to unfold.

Several times during the session, he and questioners noted little or no progress in talks with Russia by the United States, NATO and members of the Organization for Security and Cooperation in Europe to defuse the crisis building over Ukraine.

The Kremlin reportedly has 100,000 troops near its border with Ukraine, backed by armor and artillery units with at least three possible avenues of invasion.

The situation “is in risk of conflict” and the “stakes remain very high” for Russia, Ukraine, the United States and its European allies.

If Putin seized the strip of land connecting the Crimean Peninsula to Russia, it “would be a real problem for Ukraine and Europe” on how to respond – possibly militarily and with harsher sanctions. Likewise, Scaparrotti added, the Kremlin’s forces in Belarus, which borders Ukraine, Poland, Latvia and Lithuania, also present the West with a challenge, as the country could be used as a staging base for military operations against Kyiv and threaten three NATO countries.

“These [two moves] are connected [and] will inform Xi Jin-ping and Iran” on what they may expect from the United States and allies if Beijing escalates tensions over Taiwan and Tehran does likewise in the Middle East.

His larger concern “is if they chose to act together” strategically. Their goals are similar: splitting alliances in Europe and across the Indo-Pacific and ”rewriting the international rules-based order.”

Based on his experience as senior commander in two theaters, Scaparrotti said he isn’t concerned about caveats that allied nations put on how their forces could be used, as in Afghanistan and Iraq, but rather how they “get focused on what they want.” He said a focus on “the little things” can cause partners to lose focus on the larger strategic goal behind the alliance itself.

Scaparrotti added that the United States is a global power with global responsibilities. The American security strategy, he said, does not reflect U.S. military force structure. The strategy when it comes to armed conflict is to engage in one theater and hold in the next.

“We’re relying on technology” to compensate for smaller forces, he said, adding that a major conflict in Korea alone could require committing the bulk of the Army’s 32 active-duty brigade combat teams to the peninsula. There are 28 in the National Guard.

With Koreans going to the polls this spring to elect a new president, Scaparrotti said he believed Seoul “should play a stronger role” in the Indo-Pacific based on its “capability and responsibility” as a democratic state. As a middle-ranked military power, Seoul should show more presence “than they are now” in multilateral exercises and “at least as an observer to the Quad,” the informal security and economic relationship between the United States, India, Japan and Australia. He noted relations between Korea and Japan are at their lowest ebb in years.

Scaparrotti said South Korean media and think tanks’ new focus on nuclearization, – including again stationing nuclear weapons on the peninsula and Seoul building nuclear submarines, surprised him. He still believed “extended deterrence [under the existing treaty between Seoul and Washington] was the best position” for both nations now.

The next Korean administration “needs to address with urgency” the resumption of large-scale joint exercises with the United States, he said. Scaparrotti said the long pause has had an effect on interoperability. The result has been that the combined force has “lost some of its effectiveness.”

The halt also has made it difficult to advance planning on sharing and using artificial intelligence and other technology in light of Pyongyang’s refinements in its missile and artillery forces.

President Donald Trump ordered the halt in large-scale theater exercises in 2018 following talks with North Korean leader Kim Jong-un in Singapore. He saw the order as a way to advance negotiations on denuclearizing the peninsula and end Pyongyang’s missile program.

If anything, the pause has allowed Kim to continue to modernize his missile forces, as shown by recent tests of a hypersonic missile and continued work on submarine-launched ballistic missiles capable of carrying nuclear warheads.

North Korea’s testing of nuclear weapons, including a hydrogen bomb, and its various missile programs shows the country has “moved that much faster than our experts expected,” Scapporroti added.

“They were willing to take risks” that the United States wouldn’t.

In answer to a question about North Korea’s vulnerabilities, from food production to health care, he said, “we can leverage [those] to bring them to the table” for serious negotiations about its nuclear and missile programs.

But he added that as a theater commander, he “worried about instability” in the North setting off a massive humanitarian crisis with unknown larger effects on the peninsula and in northeast Asia.