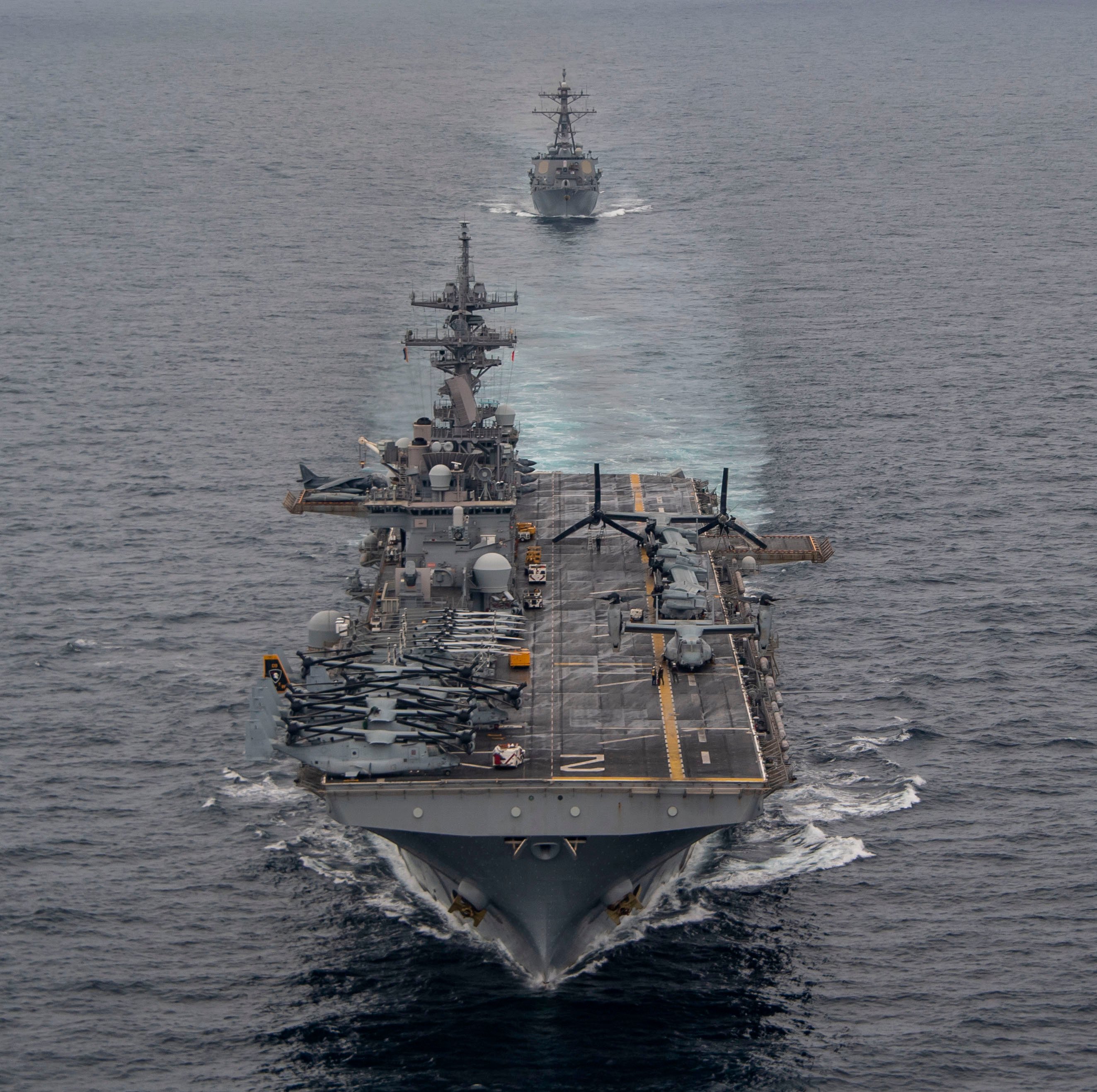 The three-ship Essex Amphibious Ready Group and the 11th Marine Expeditionary Unit left the Middle East last week after operating in the region since late September, according to USNI News’s Fleet and Marine Tracker.

The ARG was steaming with USS O’Kane (DDG-77) in the Indian Ocean with Essex on Jan. 9, according to a Navy photo.

With the Harry S. Truman Carrier Strike Group operating in the Mediterranean Sea, it’s the first time the U.S. has not had a carrier strike group or ARG in U.S. 5th Fleet since late November 2020, according to the Fleet Tracker.

USS Harry S. Truman (CVN-75), Carrier Air Wing 2 and its escorts were ordered by Defense Secretary Lloyd Austin to remain in the Mediterranean, rather than proceed to CENTCOM, as tensions between Ukraine and Russia continue to simmer.

Japan-based USS Ronald Reagan (CVN-76) was the last U.S. carrier in 5th Fleet, departing in mid-September. Essex relieved the Iwo Jima ARG and the 24th MEU, which left the region after supporting the withdrawal of U.S. ground forces in Afghanistan.