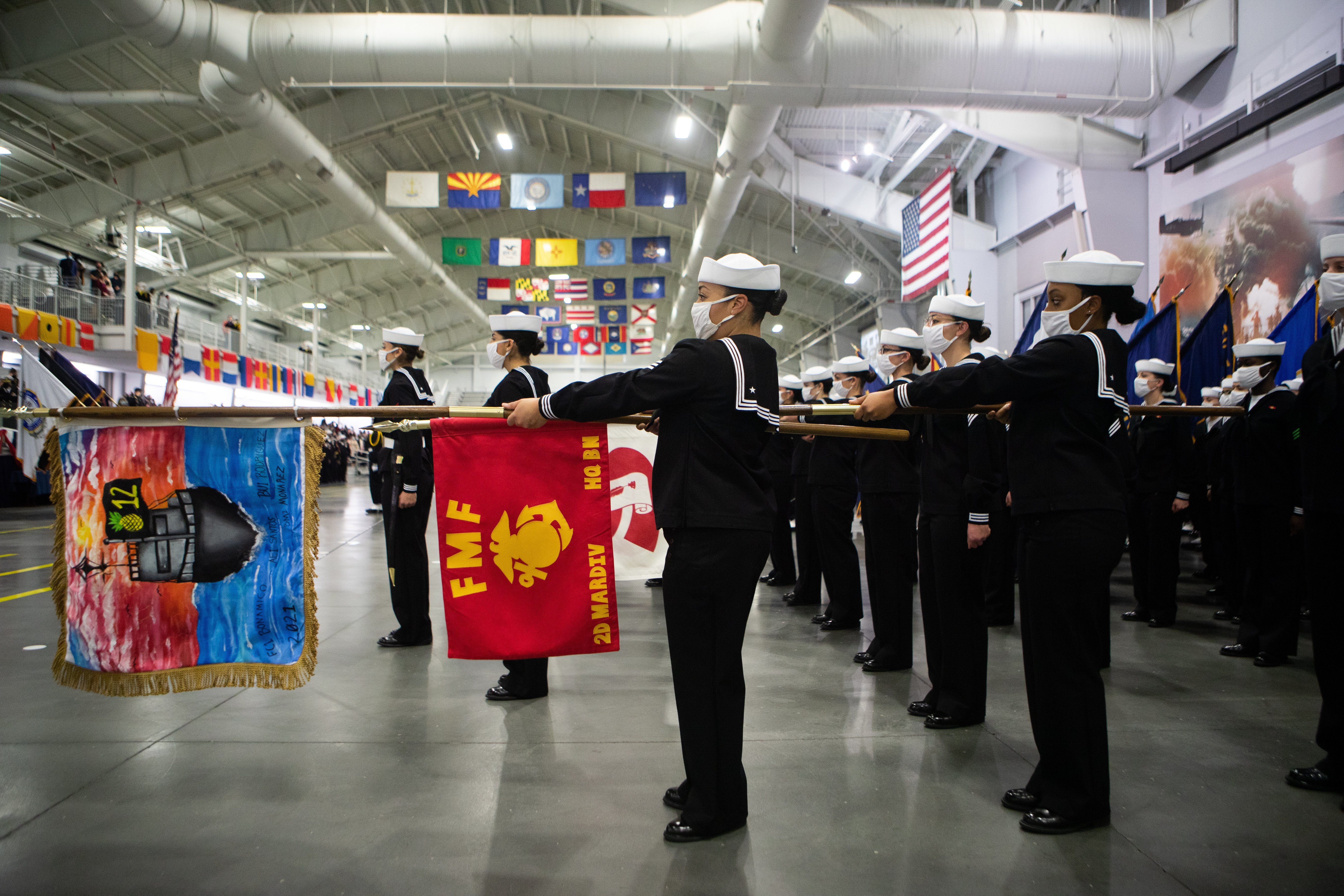 New Navy recruits will now have 10 weeks of basic training, in the service’s biggest overhaul to training in nearly 20 years.

The last two weeks are called “Sailor For Life,” Couture said, adding that it is not necessarily all new training. Instead, the two weeks will add hands-on practicals and mentorship that sailors typically get once they join the fleet.

Based on fleet feedback, hands-on training will be centralized and done in boot camp so that the sailors are more ready for fleet life once they arrive at their assignments.

“Overall, our goals are to ensure that when the recruits graduate, these initiatives connect them to each other, they’re engaged, being a part of the Navy, being a part of the organizational culture,” Couture said. “They’re tough, they’re resilient, and they can apply their tactics, techniques and procedures at the fleet level.”

The change to the boot camp is not the first time that the timeline has been shuffled, Couture said. In 2004, the Navy overhauled its training program to create “smart ships,” which allowed for less computer-based training and training that better simulates life on a ship, said Naval Service Training Command Command Master Chief Rick Mengel.

The first eight weeks of training will continue to focus on teaching new recruits about what a sailor is and what they will be expected to do once they join the fleet, Couture said. This also includes character development, based on the chief of naval operation’s plan for the fleet.

Then in the last two weeks, the recruits, who will now be considered sailors, will have to use those skills in scenarios and in focused discussions to increase understanding about the Navy culture, she said.

Adding two weeks does not seem like a huge change, said Fleet Master Chief for Manpower, Personnel, Training and Education Wes Koshoffer, but it gives the time needed to help with the identity transformation recruits go through when becoming sailors.

“And I think that adding two weeks to our basic military training is a big move for the Navy,” Koshoffer said. “I think it shows our commitment to deliberately developing our sailors for success in the Navy.”

One of the additions to the training is warrior toughness, which Couture described as preventative measures to prepare sailors for scenarios they might encounter while in the fleet, as opposed to resiliency, which she sees as after a stressful event.

The training gives that mimic high intensity or acute stress, she said.

While the extra two weeks will focus on the mental development of the sailors, it will also include high-performance physical activities that will ensure sailors are able to endure more laborious scenarios.

The Navy training will also include life skills, such as financial planning. Many of the recruits are out of high school, and it is the first time they have had a steady paycheck. Financial planning will help them with money management and living on their own.

The sailors will also get instruction on how to transfer, basic onboarding procedures and basic ship living.

The Naval Service Training Command aimed to bring mentorship into this phase, borrowing the idea from the Marine Corps, which has incorporated it into training, Couture said.

The goal will be sailors who graduate with the tools they need for the fleet, including the preparation for high-stress situations and commitment to the Navy’s mission, she said.

The additional two weeks will not slow the pipeline of sailors to the fleet, Couture said. There are sailors coming to basic training every week and graduating every week, which will continue to keep sailors going to the ships even with two more weeks of training.

The decision to extend boot camp two weeks was a decision made based on fleet feedback, Couture said, adding it is not unusual for the curriculum to change based on comments she receives from the fleet.

It is also in response to the great power competition, Koshoffer said. The competition is strong, which brings a new sense of urgency to the Navy and the need for sailors to be ready when they get to the fleet.

Sailors do not have time to do basic training when they get to the force, Couture said, so it is crucial that the curriculum is responsive to the needs of the fleet.

“And that’s what really what this is about,” she said. “It is improving their peak performance and optimizing them for success.”