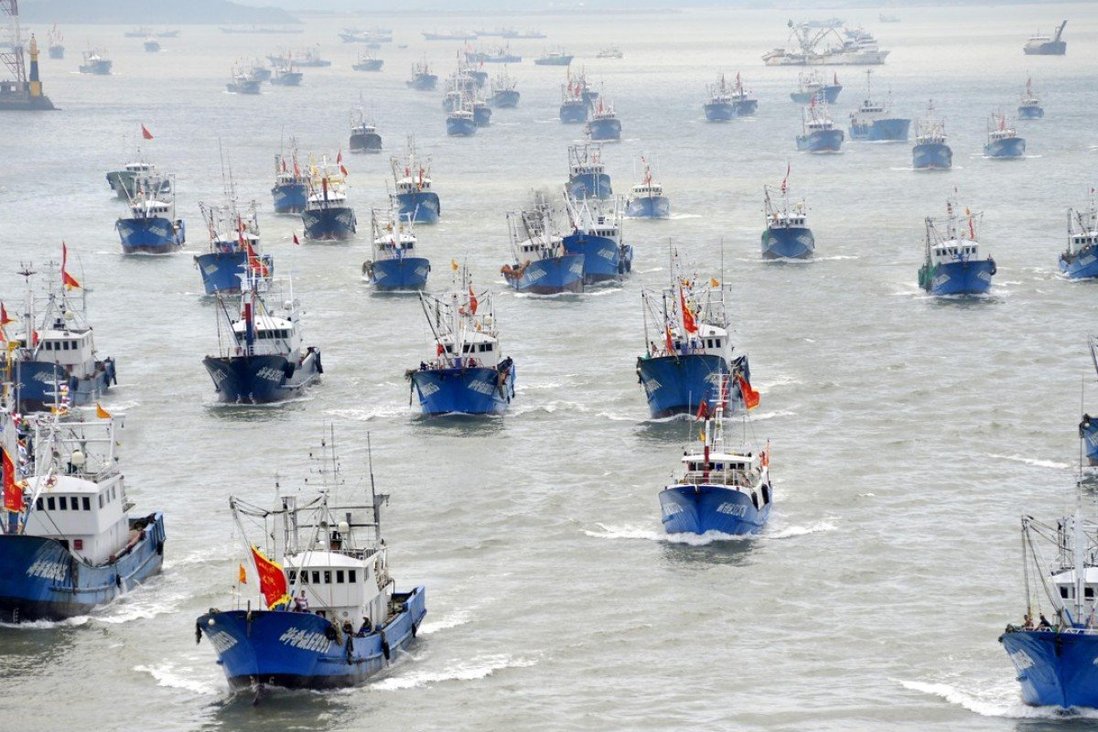 Illegal and unreported fishing “is happening on an industrial scale” around the globe and the culprit often is China’s subsidized fishing fleet, Navy Secretary Carlos Del Toro said today.

Speaking Thursday at the Center for Strategic and International Studies, he added, “one in five fish” sold on international markets is illegally caught. Declining fish populations due to climate change and overfishing are having a profound effect on sources of protein in poorer nations’ food supplies, the secretary said.

In his meetings with counterparts in Oceania and other nations, Del Toro said, “violations of their Exclusive Economic Zones rise to the top of their concerns,” as does their need for better maritime awareness of what is happening in their waters to include mineral and energy exploration.

Earlier, Monica Medina, assistant secretary of state for oceans and international environmental and scientific affairs, said sometimes in dealing with China and illegal fishing there “is a race to the bottom” on addressing the problem.

Coast Guard Commandant Adm. Karl Schultz, speaking at the same forum, said the United States “can bring some leadership” to raising that awareness through hands-on training in maritime law enforcement and information sharing with South American, African and Pacific navies and coast guards.

As an example of the difficulty in tracing illegal fishing, Schultz noted that the automatic identification systems, or AIS, aboard many of those vessels are turned off, so they are not readily plotted. “If we’re chasing folks who are spoofing AIS, I’m not sure we’re winning there.”

“Maybe we [the United States Coast Guard] help stitch” these arrangements together through the State Department’s legwork, he added.

“These kind of arrangements weren’t there before,” Medina said. “We’re only just beginning [to move] on how to use” new technological tools with other nations in law enforcement in the maritime domain. “We need to harmonize things better” inside and outside the United States government and with the private sector on what can be done better collectively.

She saw value in expanding focus on this issue in the United Nations and before the International Maritime Organization. “We have to know where the fish are,” and those organizations can help in tracking that as Arctic waters warm and fish stock is depleted in the tropics.

To drive the point home on how important illegal fishing is to the American public, Schultz said “we need to put a face” on the challenge that can be understood in ways that supply chain disruptions are now.

Del Toro said exercises with other nations show how other countries can work with the American sea services and U.S. allies and partners, like Australia and New Zealand in Oceania, in building their capacity to protect their own territory. He and Schultz said the Coast Guard law enforcement detachments aboard Navy ships also could provide a model for those nations in collaboration to monitor illegal activities beyond drug smuggling.

Schultz said “persistent partnerships” have an impact in Southeast Asia, the Philippines and Oceania, – which share concerns over future food supplies and the fishing industry’s history of forced labor practices – as they have in the anti-narcotics efforts in Latin America.

He added the U.S. Coast Guard is not interested in “being the world’s fish cops.”

Schultz said the Coast Guard is “absolutely a key enabler” when collaborating with the Navy in showing presence internationally and carrying out operations other than ones that are purely military.

When asked by an audience member if it was possible to reach any agreement with China and Russia on these issues, Del Toro said, “we have to have a very open dialogue” with them on where the three nations can agree.

“One can’t give up trying,” he added.